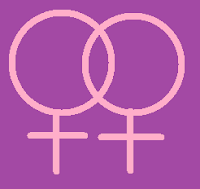 So I’m a Lost Daughter, which makes me a girl.  And we all know that girls need their girlfriends.  Just turn on the television after 10 o’clock at night and you’ll be able to find Sex In the City reruns.  I can’t help but think when I watch Carrie, Samantha, Charlotte, and Miranda that their friendships seem like a fantasy.  And I think to a certain extent for most women they are.  For me as a Lost Daughter though, I find it an unattainable fantasy that I can only dream about.
For some reason, I’ve never been able to connect to other women.  I’ve tried, boy have I tried, but for some reason it has yet to last for a long time.  I have best friends who are girls but I tend to have problems.  It lasts for a while and then we get into a huge fight and something happens and our friendship is never the same.
I’ve been doing a lot of thinking as to why that is.  I don’t tend to have problems with my guy friends, so why is it so difficult for me to maintain real and lasting friendships with women?  I think when it comes down to it, the one woman who was supposed to protect me as a baby, let me down.  My first mother gave me away, an ultimate betrayal in a way, and that was mere minutes after I was born.  I grew up wondering where she was, what she was like, and wondering what I did wrong to deserve to be given away.  I think that my problem with women comes from the fact that I don’t trust my own first mother.  She gave me away and I grew up knowing I was unable to trust her.
If I can’t trust my first mother, the one woman who was supposed to protect me, then what women can I trust?  I know that I push people away to test them.  I don’t mean to, but it’s been pretty clear in my life that I push others away.  Most of my friends don’t want to put up with that.  They don’t wait out the storm or fight back for our friendship.  I don’t blame them, and I don’t think I’d put up with that either.
It takes two to tango though.  I don’t think I usually fight hard to keep people in my life because when I was born, not a whole lot of people fought for me.  Well, actually nobody fought for me.
These days, I’m working through my trust issues and learning when I’m pushing people away.  I’m trying to learn to recognize my behavior so that I can take a step back and try to work through it.  I’ve got some great friends now and I’m going to fight to keep them.  I’m going to fight for them the way that my mother didn’t fight for me.  Maybe I will someday have the Sex In the City kind of friendship.
Posted by Jenn