Once you get the Lost Daughters writing juices going, it seems as if there’s no stopping us! Below is an excerpt from a lively conversation on just a few aspects of today's prompt.


Love. As an adult adoptee what are your thoughts on marriage, love, and family? What are your thoughts on sex before marriage and common law marriage? If you're an interracial adoptee do you think it matters of your partner is the same ethnicity as you are? Have you ever been in a relationship with another adult adoptee? If yes, what was that like? Was it harder or easier than other relationships you've had? If no, would you ever consider dating another adult adoptee? Do you think it would be easier or harder? 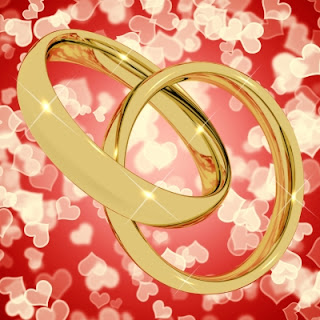 Laura Dennis - I think most of us are a little bit "older," and are not in the dating pool right now. My thoughts on love are related to secondary rejection, as was addressed earlier this month. Perhaps we could chime in on how our adoptive-ness relates to our love life and marriages?
Personally, when I told my husband about the "not wanting to be rejected, and yet pushing my significant other as far as possible, just to see whether he'd reject me." Well, my husband said, "Other adopted women are saying that? It makes so much sense to me."

Jenn - I'm game! I'm currently engaged, and it's definitely something that has come into play in our relationship. I want to get married. I want to start a family. And I want to do things the "right" way. I always felt growing up that my natural parent's didn't and I wanted to do better. I didn't have much to go on about them, but that's one thing that I always picked up on.


I think that sex before marriage happens and I think that we need to better educate people about how to be safe about it.
My fiancé is not adopted so he has a hard time relating, but I think that's a good thing. No two adoptees really feel the same way about everything and I think it would be hard if he was in a different place than me. If I dated an adoptee who felt as though adoption was the best choice for them and had no desire to search and couldn't respect my decision to do so, I probably would have a hard time in that relationship. Instead, my fiancé supports me no matter what because I'm going through it and he doesn't have firsthand knowledge.

Rebecca Hawkes - My baby-scoop era teenage parents were treated as if they had done something unforgivably shameful, but I refuse to let anyone put that shame on me. So my parents were teenagers who had unmarried sex—big deal. The real shame, as I see it, was in how they (and especially my mother) were treated once the news got out.


I did once have an adoptee friend with whom there was some potential for romance, though the relationship never fully developed. We were in our early 20s. He had no interest in searching, ever; I wasn't ready yet, but I was inching in that direction. I've always wondered if our "adoptedness" would have been an issue if we had gotten together. I suspect it would have.

There’s more than one “right way” to create a family

Karen Pickell - I'm very open to all variations of "family." For example, I have close friends who I consider just as much a part of my family as my adoptive or bio relatives. My definition of family is people who love each other, period. There doesn't need to be any blood relation or even any legal document, in my opinion, to make two people family to each other, and I think I feel this way because the family I grew up in was basically formed by strangers coming together.


If you think about it, every family begins with two strangers coming together. That's not to say that I don't think biology is important, just that it's not the only way to be a family.


Rebecca Hawkes - I think I have a very flexible definition of family, too, and I'm sure it's rooted in my own adoption. But I also have a keen appreciation for biological family and tend to recoil from clichéd statements such as "'parent' is a verb."


As is almost always the case for me with adoption-related stuff, it's complicated. My adoptive parents are my parents in spite of the lack of a biological connection, and yet my biological parents are still my parents in spite of not getting to parent me. The one does not negate the other. I guess you could say I have a "both/and" view of family rather than an "either/or" view.


Karen Pickell - That's how I feel, too, definitely "both/and."


I tell people all the time that I have two mothers and two fathers. After I reunited with my birth mother, someone asked me if it was strange to suddenly have another mother. I told her, no, because I always knew I had two mothers.
Also, I do use the argument of, "If a mother can love more than one child, why is it so hard to believe a child can love more than one mother?"


Jenn - I'm the same in that I accept people into my "family" very easily. I guess I don't get caught up with labels because I'm tired of being labeled myself. When a new boyfriend or girlfriend comes around in my extended family, I often reach out quickly because they become "one of us" very quickly to me. I don't always wait for them to have a ring, something that my other relatives are a bit more cautious about. When I was at school, I lived with another family. They have become a part of my extended family and I accept them as such. We didn't need a legal piece of paper or biology to live like a family does.

Read more »
Posted by LauraD No comments: Links to this post