It Was Never About My Brothers

I feel like I might be running out of stories to write here at Lost Daughters, which to me has been a safe haven and secure and safe environment for many years now. I just realized there is one topic that I so far haven't shared with you---why, because I haven't felt it was appropriate to share just yet. Now though I feel like the time for this story is just right.

You should all be aware of the fact that my relationship with males has been very problematic, and especially the male relationships I have with my two brothers; my younger brother Namdongsaeng but also my adopted younger brother. I was given up for adoption because of two important things;
poverty and disappointment at a very unfortunate time in my birthparents lives. Unfortunately I was extremely hurt, I felt rejected, uninportant, unwanted and unloved yet I also felt very sad because our existances were so dependent on each other. He might not have been born if it hadn't been for me and my relinquishment. The patriarchial society and. hierchial society that Korea still is- I have despised, but I'm beginning to accept it now.


My brother is someone who I deeply love and I would sacrifice a lot for him only to see him happy. Over the years our relationship has been strained and difficult with many arguments, disagreements and even fights. Now I realize that I never disliked him---how could I ... To me my brother represented everything I wasn't, successful, outgoing, karismatic and kind, not that I don't have those qualities too I do.  The feeling of being secondbest, and not good enough made me almost resent him at times-he often took it upon himself to remind me of the fact that I should be grateful for the things he helped me with and he often used that argument as an excuse for me to give him things in return. At times this things he gave me only further strenghted my feelings of never being able to repay him--- always being in debt to him, owing him a favor. The thing is I actually never asked him to help me attain the things he so easily gave me.


What I can say though is that my life have been enriched by the very existance of my younger brother, I am very proud of him but I can just as easily dislike him in the next moment. I have never actually disliked him, I love him just as a natural sister would it is only his actions that sometimes can't understand or accept... That is the difference.
Being born as a female in the 20th century being young and maturing into an adult in the 21st century - maybe there's no surprise that I do have similar opinions and beliefs that feminists have. For that reason though I would acknowledge that life seems to be easier for men since a large part of the Western society is a patriarchy-still. This does not mean I feel like a young man trapped inside the body of a female nor does it mean that I search for love in other females. Anyone who might have believed that I would be a secret lesbian or bisexual woman, now you know you know the truth. I also hope that this will be the first and only time that I feel like I have to defend my own thinking.

"From 50s, 60s Colonial Hong Kong to pre-multicultural UK, a group of Hong Kong foundlings were transracially adopted. Lucy interviewed a few of her fellow adoptees to explore whether their experience of identity and belonging had been as challenging as hers. How far do other British East Asians feel a lack of belonging or identity or is it just something that culturally displaced babies and children feel?This documentary has been selected for screening at Singapore World International Film Festival, Hong Kong World International Film Festival and Minnesota Transracial Film Festival."


“Abandoned Adopted Here is one of the best treatments of transracial identity in film that I have seen.”

In the midst of watching this fascinating new (soon-to-be released) doc by Lucy Sheen. TBC…

Native Province: Taipei and Jiangsu (mainland China) Hometown: Laguna Beach (OC), California Arrived in the USA: Dec 1979 / Jan 1980 Education: NYU’s Tisch School of the Arts &amp; Harvard Generation: G2, “A Global Generation” Proud Big Sister of: Chris (from Seoul, South Korea) Why This Blog: “Alone we can do so little; together we can do so much.” —Helen Keller

"The Un-Daughter: The Legacy of a Non-Father" by Guest Author, Buddhika Arcia

The cause of my adoption is essentially akin to the dominant scenario within the Baby Scoop Era, but set in Sri Lanka in the early 80s. My birth parents were not married, and my father, not wanting any responsibility, heard about me and ran for the hills. He was completely absent, not even present during the time that I was in utero. The epitome of the non-father. What really is there to say about a birth father like mine? If something is absent, can it have any effect on you? If a person has no name, look, voice or reference point, does that mean they have no impact?

Yet absence most certainly has an effect. Absence is felt and seen and it can shape you. How many adoptees have been shaped by the actions of their birth parents though they have never met them; maybe because of the fact that they have never met them? And of course, without even knowing the whys and wherefores of our birth parents, we are shaped, at least partially, by their DNA.

There are many views floated in the world about who constitutes a father and what it means to be a father (and likewise; a mother). People have said it takes more than making a baby to be a father, however that is a purely social interpretation which imports within its definition a value judgement about a good father. That is not a biological definition. Whatever heartfelt notions the word ‘father’ certainly brings up for me in reference to my (adoptive) dad… the man who gave me his DNA, following the biological definition, cannot stop being my father. I am his daughter whether he likes it or not and whether I like it or not.
Read more »
Posted by The Lost Daughters No comments:

Rooted to Resiliency: On Creating a Safe Holding Space…for Your Life Goals & Aims 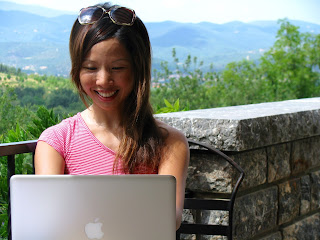 Greetings from Europe. Just wanted to wish everyone a happy spring.

Recently I have been thinking about your ROOTED TO RESILIENCY column.

This week alone I had two random meetings with fellow global citizens (who happened to have been adopted). One person I met (age 40) who was adopted domestically from the UK discussed the "floating feeling." Susan Branco Alvarado, a long-time friend (see her website), and I have often discussed the "floating feeling" that adopted, fostered and orphaned people can experience. It's a feeling of lacking roots, the kind that will firmly hold us into the ground and prevent us from floating away into the universe. It may sound strange, but it can be a very real emotional & psychological feeling that can be terrifying at times.

After discussions with Amanda, founder of this wonderful blog, I realised that when I am experiencing the floating feeling (lack of genetic stories, knowledge, kin and history to root myself in the collective context of our human story), I must ROOT TO RESILIENCY.

But how does one root to resiliency? (I can hear some of you wondering this…)

STEPS FOR SELF-ROOTING TO RESILIENCY:

1. If you don't already have one, create a safe 'holding space' for yourself. A holding space could be a good friend(s), family member, organisation, context.

In my experience, holding spaces have come and gone. But think about what works for you…and think about this: how could you create new safe spaces for yourself, even if other ones (e.g., birth family, etc.) may have disappeared (permanently or temporarily)?


2. What would you like to accomplish whilst being held in this safe holding space?

Often people (non-adopted, included) will tell me that it feels hard for them to move forward in their lives because they seem to be trekking through so much emotional turmoil in their family space(s) and lives. My (deceased adoptive) mother, Janet, often felt like she couldn't finish her projects because there was so much stress between herself and her (biological) mother!


3. Please consider: If you had a safe, reliable holding space, what might change in your life? What might you accomplish?


Off to catch a train, but looking forward to hearing your thoughts! More to come…


Native Province: Taipei and Jiangsu (mainland China) Hometown: Laguna Beach (OC), California Arrived in the USA: Dec 1979 / Jan 1980 Education: NYU’s Tisch School of the Arts &amp; Harvard Generation: G2, “A Global Generation” Proud Big Sister of: Chris (from Seoul, South Korea) Why This Blog: “Alone we can do so little; together we can do so much.” —Helen Keller