Lessons in Whiteness: The Fragile Oppressor 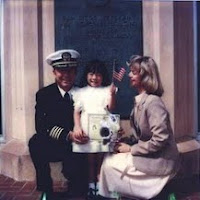 It becomes increasingly difficult in the current sociopolitical environment to not feel acutely sentient of all that I have lost to Whiteness.

I read an article recently about Mike Vick criticizing Colin Kaepernick for his activism. Kaepernick happens to be a transracial, biracial adoptee, but nonetheless is perceived as Black. As a transracial adoptee, he was raised by White parents, and yet he has become an unapologetic activist for the rights of Black Americans and all people of color.


As I read the article, it dawned on me that I could relate to Kaepernick, not only as a transracial adoptee, but also as an activist--specifically, that my activism is in part a reclamation of my Asian identity and a reprehension of the Whiteness forced upon me.

Read more »
Posted by Mila No comments: Links to this post