Out of the Shadows: An Adoptee Perspective on "American Baby" by Gabrielle Glaser 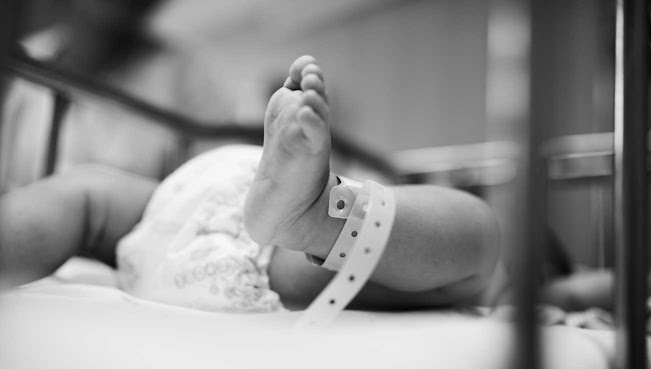 American Baby is a new non-fiction book about the history of closed adoption in the United States that takes a critical look about adoption in America. The book has received high praise and has been reviewed widely. The New York Times Book Review described it as "a singular story to tell a universal truth." But I wanted to review the book from the perspective of an adoptee. Because I have been reading and writing about adoption for years, I was curious what we, the adoption constellation, would think of the book.

First of all, I was surprised to find that the author, Gabrielle Glaser, is not part of the adoption triad herself. Most of the books I've read about adoption were written by adoptees. A notable exception is The Lost Child of Philomena Lee, which was written by a journalist who helped a mother find the child that the Church had forcibly taken from her and sold into adoption. Glaser was inspired by the story, and curious about how what similarities that adoption in America might have had.

In American Baby, Glaser uses the story of an adoptee she had befriended and his original parents as a jumping off point to illustrate the bigger story of the history of the adoption in the United States.
While recounting the tragic story of his birthmother who was forced to relinquish and the horrible treatment she received from the adoption agency and her family, Glaser interweaves the history of adoption in America throughout the book. She focuses on the baby-scoop era—a term and period that still isn't well-known to people outside of the adoption community. She reveals how the history of sealed birth records was based on a woman who was intentionally hiding the identities of the mothers so she could steal and sell the babies to rich adoptive parents. She not only validates the trauma to the adoptees and the birthmother, but also reveals that the agencies who pitched adoptions as a noble act that's best for everyone involved also knew of the emotional damage it caused.
What was perhaps the most inspiring, is that Glaser makes a strong case for the adoptees civil right to have their original birth certificates. And finally, she makes the connection of children of sperm donors to being faced with similar issues to the children of closed adoption. By the end of the book, I was convinced that she is a true ally. She wasn't speaking over us or taking away from our voices, she was just telling our story in a historical context. She was putting the facts out naked and exposed for the reader to judge for themselves.
There were a few things that were missed. She didn't mention that adoptees attempt suicide four times more than people who weren't adopted, a statistic that haunts me and that seems like the most obvious case for open records. I would have also liked to hear more about the experience of the adoptee at the center of the book, her friend David. While she does mention his curiosity about his first family and some of the challenges he faced, the story of his birthmother was so tragic that it overshadowed his experience. But I wonder if maybe he himself ever got to fully realize the impact that adoption had on him. And her stories about the adoption reform movement implied a mainstream presence, when I feel like they are still very much under the radar of general society.
For me, as an adoptee, it was the anecdotes about the adoption industry that I found the most interesting—and chilling. Without protection, relinquished children were easy objects for experimentation. Glaser wrote of one study where researchers shot rubber bands at newborns' feet. In another, they separated twins (or, in some cases, triplets like in Three Identical Strangers) to study them for reasons that are hidden and unobtainable. Another use for babies was as living dolls in college Home Ec classes.
While anyone reading about these situations would be horrified, reading it from the perspective of an adoptee made them very personal. What had I experienced? Had I been experimented on, neglected, abused? There were weeks (or was it months?) between when I was born and when I went to my adoptive home. I don't know where I was or who took care of me. It's a life in limbo where you are most vulnerable and utterly alone.

Looking at a picture of me as a baby, I'm struck by how much I look like my son when he was the same age. I'm relieved to know that he will never have to wonder where he was, what happened to him. His history is complete.

It struck me that perhaps having someone from outside the adopted constellation can tell our story in a way where people are more able to listen. For her, it's not personal, it's just horrific.

Cathy Heslin is a reunited adult adoptee of closed domestic adoption in New Jersey. She is a freelance writer with a focus on adoption and reunion. Her most recent work has been in a joint project with her birthmother called Kathleen~Cathleen that includes a memoir (in process), songwriting, music and performance.

"Better Times Will Come" (Janis Ian), by an Adoptee and Birthmother

This song is "Better Times Will Come," by Janis Ian, sung by my birthmother and myself. Janis Ian wrote the song at the beginning of the pandemic. One article described it, "For those of us who are losing sleep, worrying about the death count and financial concerns—and feeling restless from the isolation of social distancing—the song is a welcome relief." The artist shared the song with the world, encouraging others to sing it and share it. She shares the many renditions on her Facebook page. It's been covered by famous artists, out-of-work musicians, and people like us just needing to feel hope right now.

The feelings of isolation, yearning to connect with family, and the hope for better times resonated with us as a birthmother and adoptee in reunion.

About once a week, my birthmother and I play music together. We've been in reunion over thirty years, since I was eighteen. We now live in the same town, only a few miles apart. Although people on the outside may see our relationship as the ideal of reunion because we are part of each others families and integrated into each other's lives, the truth is that our reunion has been—and will continue to be—a struggle throughout our lives. Reunion means coming to terms with the loss and trauma that is so carefully hidden away in the adoption and relinquishment stories we are told.
Read more »
Posted by Text