Ask an Adoptee: Do I Know I Wasn't "Given Away?" 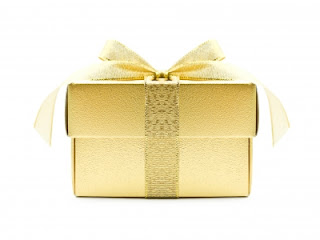 "I would like to know if those of you that have been reunited with your mother, realize that you were not 'given away'. I keep seeing that in most of your blogs and it must have been a terrible thing to have inside one's head, especially a child's head.


Most of the the mothers of loss that I know, including myself, did not EVER give you away. Most of us were coerced and had absolutely NO choice in the matter. Most of us had our babies ‘taken away’, never did we ‘give them away’. I would love to say to the children in you all, NO your mother did not give away. Be interested in hearing your comments."

An asker implores us.

The short answer? Yes. I do know that I was not "given away."

"Given away" has become part of the language used in adoption discussion, especially by those of us who have heard it so often in relation to our adoptions.  Being "given" was supposed to make us feel special but for many of us, it didn't.  And thus, we shake our heads at a society that still encourages young women to "give" their babies as gifts to those deemed more deserving.  "Given away" has become part of what adoptees say for many reasons.  Here I present just one.

Language doesn't always describe what we know; sometimes it describes what we feel. When you spend your childhood and a large portion of your life with the "given" language and message, changing what you feel is extremely hard to do.....even once you've changed what you know.

Many of us are told we were given to a better life, given away as a gift, or given up "and at least she didn't abort you!"  The "given" language is stitched into nearly every "you were adopted" revelation there is.  Yes, I personally have not found comfort in the thought of being "given."  To be "given" is a reminder of our powerless in the matter that changed our lives (and saying that I was powerless does not mean I am pointing the finger at mothers either, many of which I understand were powerless themselves).

"She loved you so much she gave you away" and so the young adoptee may wonder, does love = leaving?  These are things we have had to attempt to come to terms with, even pre-reunion, and without information.  It's hard for a young person to do.

Many of us feel given away or feel as though we were left and have felt that way for as long as we can remember.  Reunion beings new information and it is a relief that many find to know that they were loved and wanted and that the circumstances and powers that be weighed against our mothers so heavily that many of them had no choice.  Some of us are angry on behalf of ourselves and our mothers but glad to have been wanted.

But knowing does not make the feeling suddenly nor magically go away.

For adoptees who have heard their own mother's stories, is not for lack knowledge of the details of what actually happened.  It just is.

I know my mother's story and even from the little bit of it I knew growing up from the agency.  I have never felt that she did anything wrong and I do not want to appear to be assigning blame to her by talking about how I feel.

And this is why I don't often get into this topic.  I do not want what I have to say about being "given away" to be mistaken for assigning blame when I'm not talking about what someone did.  I am talking about how I feel.

A lifetime of feeling "given away," left, or unwanted may for some need a consider able amount of time to heal.  It often takes plenty of love and reassurance and the support of others.

And not everyone had the experience of a warm welcome at reunion.  It's very sad, it's heartbreaking, but is nevertheless true.

Let me close by saying, I am just one adoptee with one experience; my own.  These are my thoughts about the topic of being "given away."  Some of our other authors are working on their own responses from their perspectives.  I hope everyone will come back to read what they say.