Ask an Adoptee: How Much is too Much When it Comes to Sharing an Adoptee's Story? 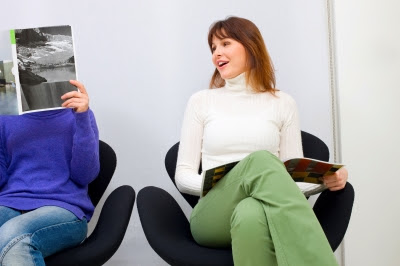 "Can you speak to APs discussing adoption in front of their child? We are often told by strangers, new neighbors, or friends of friends "OMG, she looks just like you" to my husband. While this is true, our daughter seriously resembles my husband's family, she is adopted. While we don't want her to feel her adopted status is shameful or something to hide, we also do not feel we should tell every Tom, Dick and Harry her story. It is hers to tell. And, "she's adopted" rarely ends the conversation, it only begins the barrage of inappropriate questions. It's hard to know where to draw the line between educating people ("was the mother very young" "was she on drugs", um no, and no) and respecting our child's privacy. I suspect as she grows she will signal us to STFU, but aren't we setting the tone right now?"

When it comes to something like this, I can only say what I would have wanted as a child.  When I think about it, there seems to be a very fine line between sharing too much (a.k.a telling an adoptee's story on their behalf, things they might grow up and wish hadn't been shared) and not sharing anything which may lead an adoptee to believe they shouldn't talk about being adopted or think being adopted is shameful.

Denial.
Answering this question is also a challenge for me because I do not recall very many instances where things about my adoption were asked or shared in front of me.  I am the same race as my adoptive parents so most acquaintances likely did not even know I am adopted.  We operated largely under the "Denial of Difference" model (see "Shared Fate") and everyone around us seemed to accept this ("Denial of Difference" copes with adoption differences by pretending that they do not exist).  People didn't ask about adoption because they assumed it was no different.  We "passed" as the "adoptive family that's just like a biological family any way."  I am sure people were curious and asked my parents things in private.  Sometimes when I go back home, I wonder what people think they know about my adoption, especially because some of the things we thought were true, as per the agency, turned out to be completely different.

Things I Wish my Parents Wouldn't Have Shared....
My mother's age at my birth and my conception circumstances.  This is not because I am ashamed of her or myself but because I see no purpose in other people knowing this information other than when I or my original mother are comfortable sharing it about ourselves.  Too often I feel like adoptees are put in the place of being entertainment for other people.  I feel like sometimes people ask questions or want to hear our stories as nothing more than a quest to get that fix the Hallmark channel just didn't deliver this week or, well, just plain gossip.

When I was old enough to learn more information about my adoption circumstances, it dawned on me that some other friends and family members in my life may have been made aware of this information about me before I even knew it for myself.  I am not suggesting that it's a good idea to engage in topics that are not age-appropriate with minor adoptees by complaining that things I was still too young to know got shared with others so that they knew more about my life than I did.  But consider what it would feel like for you to have something that you'd prefer to keep private, told to others.  To me, it's no different.

I also did not and do not like the adoption form of ventriloquism--which is speaking on behalf of someone who isn't there to speak for themselves.  Sometimes I wonder how my opinion and my truth about my own narrative might conflict with what my parents thought and shared to others, and if I'm seen as being contradicting to them (contradicting as in the disrespectful sense of the word) because I am voicing a narrative already presented on my behalf, with different opinions.

And over-share.  Though many details may seem innocuous, my parents telling absolutely everything down to the last detail to someone else just makes my own story less mine.

I am honestly don't know how much they shared or to whom.

Stuff I Didn't/Don't Mind Being Shared....
Stuff that refutes stereotypes.  My mother was not on drugs.  She was not "irresponsible."  She was not any of the sexist, classist, disablist things people have to say about mothers who lost children to adoption.  While I don't think her story, or mine how it interlocks with hers, should be broadcast to all the neighbors, I wouldn't want my parents to allow people to make assumptions or talk trash on her either.  She's my mom too.  If people don't respect my roots, how can they respect me?

The only stereotypes/questions to my parents or about me I really recall being repeated in front of me were adoptees being "unwanted" or "saved" from abortion.  There's where I also would have liked someone to say "hey, hold on, don't make assumptions."  But in my religious upbringing, these were perfectly acceptable assumptions to make.  Acceptable to some but still hurtful to me.

I didn't mind when appropriate things were shared with appropriate people for a reason: such as mentors and doctors when it came to my health care and lack of family medical history.  So on and so forth.

I don't mind them sharing their own thoughts and experiences understanding that where adoption is concerned, it does interlock with my story and experience.  Again, just so long as they weren't speaking for me and deciding what my opinion should be for me.  Sometimes parents talking about adoption speak about it as though they own the adoptee's narrative and roots:  they use phrases like: "it's our adoption," "our records," and "our story."  Like how people say "our birth mother" nowadays.  For me it was "we weren't given that information in our file" when I would ask a question about adoption as if my file was "our" file, not "my" file.  It's not "our" anything.  It's mine.

Things I Think Would Have Been OK....

In response to nosy acquaintances.....

"We want to empower her to own her story and don't want to share too much until she's old enough to tell us it's OK or to share it herself."

"No, her mother wasn't on drugs, or any of the other assumptions people like to make, but these are things we really don't want to share on her behalf."

While things relating to my adoption weren't brought up in front of me often, people would occasionally say I look like my dad.  Other adoptees might have a different perspective but when it comes to this specific comment, I don't think there is anything wrong with not mentioning adoption in response.  If she resembles her adoptive father, she resembles her adoptive father.  You don't necessarily have to point out that it's not genetic in response.  Now, if they go on to say "which side of the family did she get her cute button nose from?" (a specific biologically-related question), then maybe say something like "her beautiful features were inherited from her original family, she's adopted."  When I talk to people about being adopted now, I find that subtly pointing out the fact that I have an entire original family, rather than polarizing the conversation/response around just my original mother, does negate some of the sexist, inappropriate responses about surrendering mothers.

Sometimes it negates the ignorant responses.  Not always.  But then again, there's nothing wrong with telling someone that something just isn't their business.

(Not wanting my post to be construed as parenting advice (I hate giving parenting advice) I'll just reiterate that my response comes from my own experience as an adoptee and what I would have wanted or had done differently.  I hope it helps shed some light on the issue).