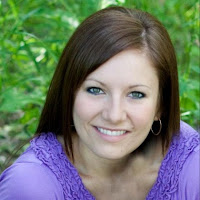 Jamie is a German-born adult adoptee and author of the blog Cue Your Life.

I’ve always known that I was adopted. I don’t ever even remember being told, there was just never a time I didn’t know.  In developing this blog, one thing that I really want to keep focused on is being an open and honest writer. While there are certainly things that are off limits, there are also things that I feel like I need to share in order for you to really understand who I am, and what I could possibly have to offer.

I am here to motivate, inspire and encourage you…and to make you laugh. To do that, I feel that it is important that you see me as a person; as a woman who laughs and cries, succeeds and fails, and as a woman who struggles with her own issues…on a daily journey toward joy.  The following is part of that journey.

I was born in Germany, to a 22-year-old woman who, for whatever reason, didn’t want to, or couldn’t, take care of me. I was  born though, so in my mind, she fulfilled her job in my life. She had me. She didn’t have to, but she did…and then she did another amazing thing.  She gave me away.  Going through the process of carrying and delivering a baby, I can tell you, it must have been agonizing for her to know I wouldn’t be going home with her. She is a good person. Her name is Debra. That is all I know.

Like I said, I’ve always known that I was adopted. It was never really a big deal to me, growing up in the Air Force all over the world, everyone looked different from everyone else anyway. There was so much diversity that it was never an issue that I wasn’t my parent’s biological child.  Adoption is so cool, because everyone’s stories are so different. My adoption was a closed adoption, which means that after the 2 month, (or so, I’m not totally sure, and this was in Germany) waiting period, my adoptive parents (Mom and Dad CYL) took me home and there was no further contact with my birth family. Not all adoptions are like that. I’ve known people who talk weekly to their birth families, people who send and receive pictures, people who were adopted out of social services, and people who were adopted from orphanages. Every story is so unique, and up until about 7 years ago, I would have told you my experience was the ideal situation for adoption.  I first remember thinking about finding my birth mother when I was in high school. I was having some serious health issues and had to undergo extensive medical testing to rule out conditions that wouldn’t have been necessary, had I known my family medical history.

The desire to find her came and went, without any real research.

The next time I had the desire to locate my birth mother was when I found out I was going to be a mother myself. Every time I went to the doctor for OB checkups, they would ask about my medical history. It confuses doctors when you say that you don’t know, even when it’s been charted 10 times the reason why. During my pregnancy, I would have liked to have a medical history…but when it came down to it, it didn’t really matter all that much.

The first time I felt my tiny Bean kick in my belly, I thought about my own birth mother. She had, at one time, felt me kick inside of her. As I grew larger (and larger) I often wondered who this woman was…where she was, what she was like, what she looked like.

When my Bean was born, she looked like me. Well, after that alien-baby look faded…she looked like me. It was strange, because no one else looks like me, and I don’t look like anyone else, either. My birth mother was on my mind often those first few years.

I did a little searching every now and then. Google. Facebook. MySpace. Nothing ever came up. It’s tough when the adoption process took place in a foreign country, was completely closed, and then not researched at all  for 20 years. I began to feel something was missing in my life. An identity of my own, of sorts…just wasn’t there.

Where did I come from?  Jump forward to recent history, almost 2 years ago. I met someone who is very, very special to me. This person grew up with her biological mother, but not her biological father. When she was a teenager, her mother told her who her father was, and her step-father helped her locate where he was, as well as contact information for him. For whatever reason, this amazing young woman decided to contact her father. A relationship developed, along with relationships with all of her father’s family. She became a part of that family, as if she always had been.  Shortly after that, her father passed away suddenly, and without warning.

I had heard her story before I actually met her. It broke my heart. After I met her, it made my heart melt. By choosing to be brave and find her father, she had a chance to meet him, love him and become a part of his family. It didn’t matter how much time they had, her bravery, and his love gave them time they never would have had otherwise…and a lifetime of love from his family.  All of a sudden, my own birth mother’s mortality was something that dawned on me. Until that point, I always thought I could find her whenever it made sense to me. Now, I wondered if I’d waited too long.
A thousand questions began to develop in my mind. Who is this woman who had given me away? What is she like? Am I like her in any way? Could some of my quirks be something passed down?  What color eyes does she have? Where does my mousey brown hair come from? Do I have siblings?  Would she want to know me? …or her own biological grand-daughter? If she would want to…would I be willing to let go and accept that I really have no idea what I may find? Would I be able to put myself and my daughter through that? If not, would I always regret it?  Months went by. I wasn’t sure what to do.

I talked about it, slept on it, and cried over it…and a decision was made. I'll tell you about that decision, next time.

Editor's (well one of them, Amanda, any way) note:  I hope everyone will please welcome Jamie into our online community and pose questions and responses with kindness.
Posted by The Lost Daughters