I was just small girl, not even in school yet when my father took my hand and led me to Pop’s casket. Pop wasn’t my grandfather or even a relative, he was a man in our church who everyone called, “Pop.”

This was the first death I ever experienced, the first funeral visitation I ever attended in my life.

“Yes, I want to see him…” I said softly.  I looked at Pop and then asked my dad why he was lying there in the box. Why he looked like he was sleeping. If he would ever wake up.  Where he was now.

My dad patiently answered all the questions. I was told that Pop went to heaven. He would not be coming back to earth, but we would see him one day when we went to heaven. 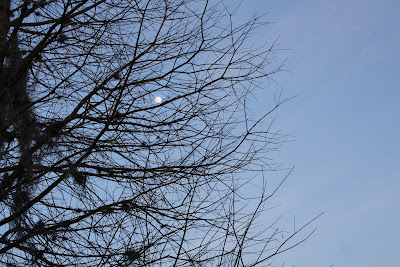 I never said anything but I remember thinking all of this over during the next few days following the visitation. I was articulate as a child -- placed in advanced reading and writing in first grade. I was good at verbally communicating, singing and reciting poems in front of others since the age of four. Yet I stayed oddly silent about these new revelations.

I was scared out of my mind.

I remember a few days after Pop’s funeral I was outside playing in our fenced-in yard. I ran to the other side of the yard, to be alone.  Holding on to the fence tightly with my knuckles turning white, I stared out into the sky trying to make sense of the whole idea of people going away.

I had always been told I was adopted. I don’t ever remember not knowing because I was often told the story from my very infancy of how my parents came to adopt me. I knew there was a first mother who gave me to an adoption agency and went away and then my adoptive parents came and got me.

Gripping on to the fence that day, squinting into the sun, I was consumed with thoughts of death and abandonment. I remember feeling so anxious and sad. I cried and wanted to hide it for some reason. So I made no sound. I stood at the fence and quietly wept.

Sun was setting and my mother opened the door and called out to me to come inside. 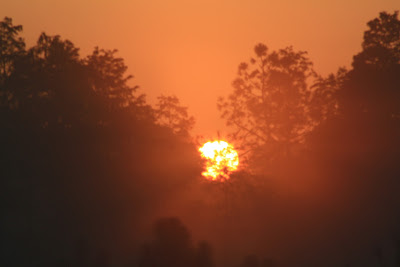 I was unusually subdued and she sensed something was wrong.

“What’s the matter?” she said.

I never told her that until Pop's visitation, I didn't realize people died.

I never told her that even though I wasn’t close to Pop I felt so much overwhelming fear and loss that I couldn’t explain it, even as a verbose child.

I never told her that the thought occurred to me that my first mother had gone away and never came back.

I never told her I was afraid that she and my dad were also going to leave and never come back.

I never told her or my father so many things because I didn’t feel the comfort level to do so. Like so many adopted kids, I kept a lot inside, at least about my adoption or things that emotionally touched it.

I feared my adoptive parents would leave, and actually one of them did. Later on in life, my dad moved away and filed for divorce, and our family broke apart in dysfunction. It was one of the most painful times of my life. I took the loss of our family unit doubly hard as an adoptee. The sale of my childhood home after their divorce emotionally killed me.

I can remember sitting in the family room when my mother told me the divorce was impending and she would be selling the house. She asked what I was feeling.  Although at that time I was preparing for a career where communication and public speaking are major factors, I was at a loss to speak.  It was too enormous -- a crushing weight on my heart that literally hurt my body. I could only choke out through sobs, “I always thought I’d have a place I could call home…and now I don’t…”

Loss never got easier over the years. For me, an adoptee, it is particularly hard.

I’ve been adopted for 45 years now. I wish I could say loss gets easier, but it doesn’t.

My husband and I are in full time ministry and have been co-pastoring for 25 years.  Over these years I have not only attended countless funerals, as a licensed minister I have officiated them.  I cry, even though I am in charge. No one seems to mind, in fact it oddly endears them to me and they thank me for caring so much.

Sometimes people leave our church for various reasons. I feel the pain and rejection so deeply, more profoundly than anybody could ever imagine. Prayer helps a lot, yet it still hurts profusely.  At times it's affected me so greatly, I've wondered if I'm really cut out for the ministry.

Other times people move away.  A few years ago the person who was my closest friend in the church and her family moved away because of a job transfer. She didn’t want to leave but economic and career reasons dictated the move. I held my head high in front of everybody, but the morning her moving truck pulled out of the driveway and we waved goodbye was the start of two weeks of bawling in the shower every morning before work. In a few weeks time I was able to get up and shower without crying. It got better each day but I had to go through the process of grief in order to correctly heal. 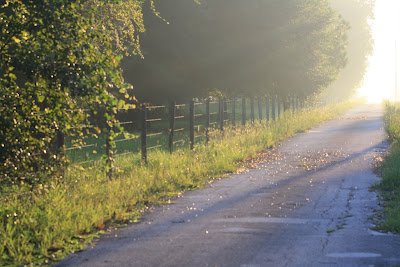 The reality is that sometimes our fears of abandonment come true all over again, and it hurts. It aches so bad.

At this point in the post it may seem plausible that I have an issue with crying and maybe a prescription would make it all go away. Ironically, I'm a person who rarely cries which is why occasions when I do make it so memorable. I can go months without shedding a tear, but these kinds of losses will bring me to my emotional knees every time.

For many years I just thought my feelings and reaction were all due to my personality profile. I thought, “Okay, I'm just an organized and regimented person who doesn’t like change that comes with loss” or “goodbyes just suck.”  Then I came to realize that it’s more than that. Yes, change is a challenge for most anyone, and goodbyes are no one’s favorite. But for an adoptee these things are often triggers for emotional reaction based upon what was the first and possibly most traumatic event of our lives.

Though it never gets easier to deal with fresh wounds,  I have discovered coping skills and the importance of connection.

Perhaps as an adoptee you face the challenges I've just expressed.

Some things I’ve learned that have helped:

Become familiar with the stages of grief, by Dr. Elisabeth Kubler Ross.
Recognize them, go through them, don’t rush them. To heal properly from each loss we have to process it properly.

Connect with people who understand. When it comes to adoptee fear of loss and abandonment, I’ve found other adoptees or a therapist understand it best. At times when I’ve shared with non-adoptees the response I get is, “Well, we all face loss. I mean, how is your feeling of loss any different from anybody else’s? Loss is loss.  Are you just hyper-sensitive?  Are you making everything about adoption or using it as an excuse?"

All I can say to that is, it doesn’t pay to argue with fools.

We can navigate the waters of loss without emotionally drowning. Throwing yourself the life preserver time and time again works but it’s so much easier when someone else who understands can throw you the lifeline and help pull you in.

Lost Daughters is a great place to find those kind of people.  I’m so thankful for this safe place for adoptees to land. It's a place that connects those who share a commonality that is unexplainable to those who haven't lived the experience. A place where we understand that we are not alone.