NaBloPoMo Day 16: When Adoption Narratives are Lists of Challenges 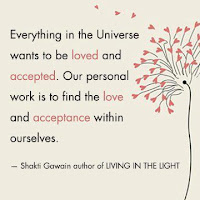 Every adoption conversation is in its own way unique. However there are definitely observable trends in adoption discourse. One such trend occurs in adoption reform discussions, whether in-person, at a meeting, or in the comments section of an adoption article online. Someone will suggest a problem within adoption that needs to be fixed or even suggest alternatives to adoption where families can be helped and preserved. Subsequently, someone will respond with an exhaustive list about all the things that were wrong with their child's original mother, or father, or their own original mother or father, as a reason why adoption does not need to be reformed or why there's no need to explore alternatives to adoption for children and families in need. While they may make their point in expressing how a child needed a new home and received one that benefited them (granted, if the agency/facilitator version of the pre-adoption narrative is accurate), this communication sends an additional message loud and clear: original parents are effectively reduced to "challenges."

Some adoptive parents share more than others for various reasons. How much of your adoptive parents’ story has been shared with you? If they shared details about your adoption with you, how did that make you feel? If they did not, do you wish they had? Did your parents share with you why they choose to adopt? Did they share that story with others in your life? If so, did it affect you in any ways?

My adoptive parents have always told me everything that they knew about my pre-adoption narrative. I had access to the file containing whatever papers they had regarding my adoption. When I unsealed my State-held adoption records, it confirmed for me that they had always told me the truth. In fact, once I had those records in hand, I ended up informing them about the entire story of what happened before I was adopted.

Her loving act of choosing adoption.

There is much, much more to my mom than her adoption decision-making process and what a shame that information never made its way into my adoption file, and into my hands, where it belonged. She is passionate and adventurous. She is caring and kind. She works very hard and is very smart. She has pretty chestnut hair and brown eyes. She likes the outdoors and just listening to nature speak to her. She loves people and respects her elders. She is a fighter and a survivor.

None of this happened to make its way into my skimpy adoption file or my pre-adoption narrative.

She was presented as a list of challenges, and as a problem to be solved. In some ways, this is how I initially came to view my pre-adoption existence--as a list of challenges and problems to be solved. Though my parents knew so little about her, they did try to imagine good things about her--because they saw good things in me. And surely, those good things about me that I might have inherited whether biologically or through the collective unconscious were also from the good within her.

My parents also made the conscious choice never to speak ill of my biological father. What he did was unspeakably wrong. But my mother tells me to this day that she and my father were aware at all times when the biological father topic would pop up, though it seldom did, that I might feel condemned by his short-comings.

My parents did share with my why they chose to adopt. The decision came out of their own list of challenges. Infertility, a miscarriage, waiting and waiting for nearly a decade. I felt compassion and empathy for those challenges and made it my mission not to remind them too much of them. This is one reason why I rarely talked about being adopted growing up. Who wants to have to reflect on lists and lists of challenges in order to establish the fundamentals of why you are "here" and not "there."

I am not quite sure how much my parents shared with others, other than what they said when I was around. They did not issue a list of challenges, just one simple sentence: "her birth mother was young, couldn't parent, and chose adoption." To my parents, I was not a list of challenges--nor was my first mother. We were all people who were doing the best we could with what we had. I won't say that they didn't have their insecurities--that my adoptive mother didn't wander if I'd some day love my first mother more or have more in common with her. I won't say that she was never apprehensive of the day I'd announce my search plans and she'd face the prospect of "sharing" me with that mysterious woman, the woman with all the challenges, she'd never met.  Of course I noticed these things, and no, seeing your mother stifle panic over being faced with her child's roots does not feel good.  But this is what closed adoption does.

I was from the "blank slate" era of adoption. Now, we hopefully know better. People are not blank slates or lists of challenges. They are almost always somewhere in-between.
Posted by The Declassified Adoptee