Today's prompt: Every adoptee's experience is different. Even so, the more we learn and read about other adoptee experiences, we realize we are not alone. Choose a book, paper, or blog written by an adoptee about adoption. If you're adopted, comment on similarities, or not, with your experience growing up, searching and/or reuniting. If you're non-adopted, could you relate personally in any way to the writer's emotions? Generally, were your views on adoption confirmed, changed, enlightened?

I am in the process of writing my graduate thesis, and I owe a big Thank You to fellow adoptee Meg Kearney for inspiration. My poetry class read Kearney's book of verse, Home By Now, which includes many poems on themes of identity, loss, and search. After the class ended, I picked up her other two collections, An Unkindness of Ravens, and the young adult novel in verse, The Secret of Me, which is written in the voice of a teen adoptee (a follow-up, The Girl in the Mirror, was released earlier this year). Kearney's skill at dealing with the complicated emotions of adoptees via poetry demonstrated how I might be able to do something similar with my own story--I abandoned the idea of writing a straight memoir and decided I would focus on poetry. (Later I decided to add short stories to my collection as well.)

Besides genre, what speaks to me in Kearney's books is how she navigates the confusing tangle of emotions an adoptee feels toward her adoptive family, her birth family, and ultimately toward herself. Her poems illustrate the hope and fear, grief and joy, bewilderment and enlightenment that I think most adoptees experience through the course of their lives. Here are a few lines from her poem "Rescued:"

Though my heart wheezed like a bagpipe, I was
saved by my skin: illegitimate but convent

white. I thank God for that, and for the man
who gave me his name. Do you blame me?

Meg Kearney is just one of the many adoptees who have written about their experiences. Many of us here at Lost Daughters have found solace in the words of Betty Jean Lifton, including Rebecca Hawkes, Dorothy Sands, Cathy Heslin, and myself. Lifton penned three books for adult adoptees: Twice Born: Memoirs of An Adopted Daughter, Lost and Found: The Adoption Experience, and Journey of the Adopted Self: A Quest for Wholeness. She also wrote two adoption books for children, I'm Still Me and Tell Me a Real Adoption Story. (Lifton died in 2010 at the age of 84.)

Jaesun recommends Fugitive Visions: An Adoptee's Return to Korea by Jane Jeong Trenka, who was raised by white parents in rural Minnesota but now lives in her birth country of Korea. Trenka has written another book on her adoption experience, The Language of Blood, and also co-edited an anthology, Outsiders Within: Writing on Transracial Adoption. 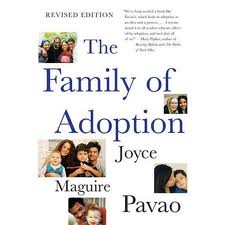 Lynn Grubb recommends Ithaka: A Daughter's Memoir of Being Found by Sarah Saffian, who at age twenty-three was found by her birth parents. They had married and had other children together, so Saffian was faced at once with entire family of blood relatives which threw her into a tailspin. Lynn also recommends The Family of Adoption, written by adoptee Joyce Maguire Pavao, who is a nationally known family and adoption therapist.

Several of our bloggers have written or are working on books of their own. Laura Dennis has published Adopted Reality: A Memoir, in which she talks about her adoption, reunion, and a brief bout with insanity.

Cathy Heslin has co-authored a book with her birth mother called Kathleen~Cathleen, which covers their twenty-three-year reunion. Their book has not yet been published, but you can follow the status of the book on their Facebook page. 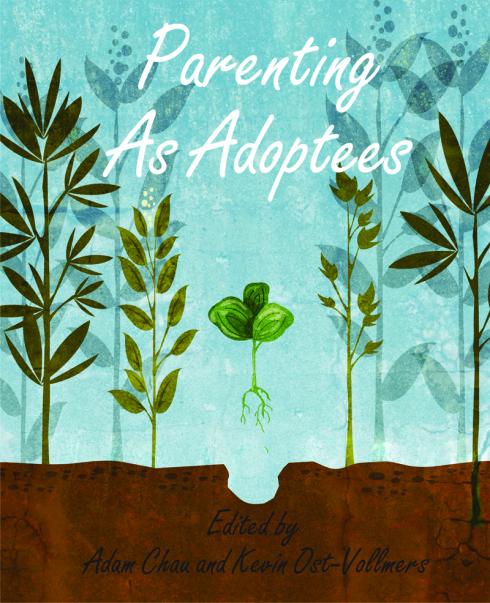 Amanda Woolston is in the process of collecting posts from her well-known blog into a book of essays. The Declassified Adoptee: From Aquiescence to Activism is slated to be published in 2013 by CQT Media and Publishing in conjunction with Land of Gazillion Adoptees. Amanda has also published an essay in the anthology Are Adoption Policies Fair?

Previously in 2012, CQT and Land of Gazillion Adoptees published Parenting as Adoptees, a collection of essays edited by Adam Chau and Kevin Ost-Vollmers.

Although today's prompt focuses on writing by adoptees, we also want to mention books by adoptive and birth parents that we've found helpful in guiding us through our own journeys. Probably the most wide-reaching of these are the books by adoptive mother and psychotherapist Nancy Verrier. The Primal Wound was the first book I read that validated the feelings I'd had all my life about being adopted. Coming Home to Self was a pivotal book for Rebecca.

I Wish for You a Beautiful Life: Letters from the Korean Birth Mothers of Ae Ran Won to Their Children, edited by Sara Dorow, comes highly recommended by Jaesun. Lynn Grubb also likes May the Circle Be Unbroken: An Intimate Journey into the Heart of Adoption, written by birth mother Lynn C. Franklin, who reunited with the son she relinquished to adoption.

This post is by no means an all-inclusive list of the many fine books that have been written by adoptees, as well as by adoptive and birth parents and other relatives touched by adoption. We would love to hear your recommendations. Please share your favorites in the comments below.
Posted by Karen Pickell