NaBloPoMo Day 23: What Should we Call People Connected to Adoption? 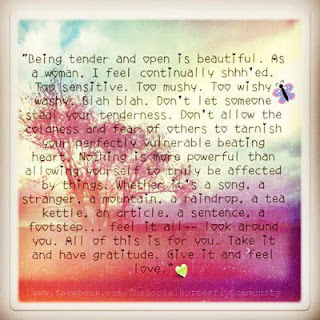 Today's blogging prompt is about terminology--more specifically--what each person connected to adoption ought to be called.  Some might call this semantics.  Personally, I feel how an individual or a group identifies themselves is more important than that.  The words you use to refer to a person or group can mean the difference between hurling and insult or giving respect.  So what do I think people should call the various individuals connected to adoption?

The prompt: What do you call your natural/first/birth/biological mother/father/family? Why? Are there different rules for different family members? What term(s) is not acceptable to you? How do you refer to them to others? If you're in reunion, do you introduce them the same way? How does your natural/first/birth/biological mother family feel about the term? Does it matter to them? What about your adoptive family? Do you use a qualifier when speaking about them? If not always but sometimes, when do you use it?"

My rule of thumb is that I always refer to someone and their loved ones in the way they wish and in the way they feel that they are most respected.  While I am not a fan of the term "birth mother," this includes the "birth mother" term.  It is not up to me to undermine someone elses' thought processes and the meaning they place on an event, and their role in it, in their lives.  I refer to people how they would like to be referred to.  After all, how can I expect that same courtesy if I don't extend it to others?

In other words, how I am identified does matter to me.  While some do not like the phrase "I am adopted" or the term "adoptee," I embrace them.  Adoption was an event in my life.  Being adopted is how I relate to my various family systems.  I use this label when it is necessary to explain my personal diversity in a non-adopted world and to identify with an overall community that I am proud of.

On the other hand, I prefer not to be labeled when it comes to issues of belonging.  I personally prefer not to be called a "birth daughter."  If my adoptive mother had a daughter by birth and one by adoption, one daughter being a "birth daughter" and one being an "adopted daughter" might makes sense to me.  But I do not want to be called my original mother's "birth daughter" when it is not applied to her raised children that she also gave birth to.  Unless, of course, adoption is the topic of discourse and someone needs to explain my unique position in the family system.  Still then, however, I don't really like the term "birth daughter."  "Surrendered daughter" is usually how I refer to myself in this regard, when necessary.  Likewise, there's no need to refer to me as my adoptive parents "adopted daughter" unless it makes specific sense to the conversation.

My moms do not want to be called "adoptive" or "birth."  They just want to be called "mom."  So I honor that.  It's easy for me because this is how I view them.  I call them "adoptive" and "original" only with differentiation is necessary for clarity in a conversation.  When I do use a label to add clarity to something I am explaining about my original mother, I do not use the "birth" label because my original mother does not want to be called a "birth mother."  Not only does she not like the term, she actually does not even identify with the overall adoption or original mother communities.  Although I think if she did identify that way with those who have a shared experience, the universality could benefit her greatly.  However, to her, she is a mom who lost one of her children for a little while who now has her daughter back-and that's that.

And everyone in my life is "real."  No one is more or less real than anyone else is.  Everyone who was involved in my existence and my nurturing on this earth better be real or I wouldn't be real.

I've discussed so far the personal aspect of person-first language--a way of speaking about others that puts them first.  In this regard, I've talked about how to refer to someone else by following their cues or asking them how they identify.  What terms do I use when it comes to referring to a group of people in adoption follow the same general guidelines.  I call parents who adopted children "adoptive parents."  I call parents who have surrendered children "original parents."  "Adoptive" and "original," to me, are terms that make sense, and are inclusive of all family members.

I use the term "birth" only when it's necessary for articulation in adoption discourse, especially with a new audience, as "birth parent" is the most commonly recognized term for those not familiar with adoption.  However, as a feminist aware of the abortion stereotypes and intersecting issues of gender and class in adoption, I am uncomfortable using the "birth" label in my everyday adoption language.  Adoption places overwhelming importance on the role of original mothers for their reproductive ability which enabled someone else a child.  In order to reflect my belief that original mothers--all women--have value to their sons and daughters and society that far surpasses reproduction, I try not to use the "birth" label.

Why labels?
Bottom line, I refer to people according to how they identify.  I ask people to extend me the same courtesy.  And I use the principles of value and dignity for human beings when it comes to how I refer to groups of people who identify similarly.  While many of us don't like labels, the fact of the matter is, we live in a society that loves short-hand and wants the quickest way to get their point across--even when talking about someone they don't know.  If you are going to wind up wearing someone elses' self-applied label, it's best to be one you chose yourself and is respectful of you.
Posted by The Declassified Adoptee