Since the prompt is a little long today (actually I was the one who wrote it, go figure), I’m going to divide it up into more easily digestible questions. Yes, I’m aware it may seem slightly self-absorbed (borderline cuckoo) to interview oneself. So be it. 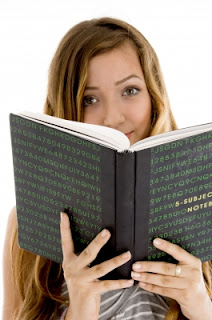 Prompt: Comment on how adoption is portrayed in fiction, either as a fiction reader or writer. Adoption in classic fiction often centers on the orphan experience, from Oliver Twist and Little Men, to orphan Jane Eyre living with her aunt and cousins.


Today there’s the Twilight series and others that use adoption to explain “families” comprised of various vampires. Talk about other examples of adoption used as a plot device in fiction.


Laura: Well, there’s Christian Grey, who’s “fifty shades of f---ed up” according to EL James ... because he’s adopted. Talk about perpetrating adoption stereotypes! With Christian, we have psycho/messed up/damaged adoptee all rolled into one. Oh yeah, and he’s super controlling to boot.


Then there’s popular fiction (eh hem, Twilight) which uses adoption as a cop-out, for example, explaining how it is that vampires create families to live among humans.


Seriously? Writers ought to inspire, surprise, and even educate their audience, and using adoption as a quick method to explain away such a complicated, emotionally wrought issue, is sloppy writing.


That’s right, I went there.

Prompt: What types of adoption stories or adopted characters have resonated with you? Or haven't? Are the feelings and experiences described authentically, accurately? Discuss.


Laura: Honestly, I can’t say that I’ve read many fictional adopted characters, and thought, “Wow that makes a lot of sense to me, I never seen the adoptee experience described in such a thoughtful, eloquent way.” I feel like we just have those Harry Potter-orphan types who are oppressed, whose foster parents are awful, and that’s it. One-dimensional.


Prompt: As a writer, do you have a fictional adopted character? What issues is this character dealing with? What is their deepest secret or desire? If you have a desire to educate your readers about adoption, what do you want them to learn?


Laura: Okay, now we’re getting somewhere. No, I haven’t written a fictional adopted character, not yet. That’s because I had a more compelling true story to write about.


·         An adopted protagonist ... flawed, with a secret past.
·         A biological family reunion = instant subplot.
·         The complex antagonist comes in the form of a loving adoptive mom, conflicted about her daughters’ biological reunion. Our adoptee protagonist feels guilty, wondering how to reunite without seeming ungrateful to the woman who raised her.
·         What about a birth father who wants nothing to do with the adoptee. Facing rejection, how will our protagonist cope?

If all this sounds a lot like women’s fiction, or even memoir ... You got me; those ideas above are true stories, told in Adopted Reality, A Memoir. I think many of us adoptees could draw on our personal experiences to tell compelling stories, memoir or fictionalized.


For me, “adding conflict and drama” was fairly straight-forward: a few months after I reunited with my birth mom, I entered a paranoid delusion that I was a bionic spy responsible for 9/11. No joke.


I certainly don' t want to imply that my reunion caused my breakdown, or otherwise perpetrate adoptee stereotypes as adoptee as damaged? Like most things in life, the reasons for my break with reality were and are a lot more complicated than that. In fact, I’m still figuring it out.

What fictional stories have you read that had interesting, fully realized adopted characters? Is fiction even the place to try to change how popular culture looks at adoption? What are your thoughts?