I Dared to Go There!
(And Some Literally Fell On the Floor, Sobbing!!!) 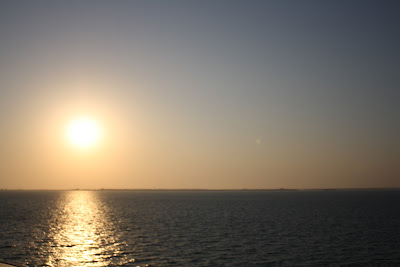 Recently, Amanda approached me about writing the spiritual column here at Lost Daughters and I couldn't have been more delighted, and humbled at the opportunity.

I'm on a new journey of integrating adoption issues and the spiritual side of things. Frankly speaking, I kept it separated for a long time...most of my life.

As some of you regular LD readers already know, I have served as a pastor for 25 years, alongside my husband who is also a pastor.  I learned before I ever began serving in vocational ministry that I had to be careful about who I opened up to about adoption. Often I would find that I hurt more after expressing myself than before, due to people's lack of understanding things from the adoptee perspective. Their responses are often both uneducated and cruel.  So I was quiet, unless I connected with an adoptee who understood, carefully testing the waters first before sharing my heart.

I finally came to the point of realizing, maybe God was calling me to do something about people's lack of compassion. Instead of moping about the fact that that they don't understand, maybe He wants me to help them understand. Recently I blogged about my journey of coming to this realization, here and here.


I have periodically shared stories in my sermons about my life growing up, or about my adoption/reunion. But I have never dared to share about things like the Baby Scoop Era (and what an atrocity it was for girls/women), or the shift that must take place in the  church where our first question when someone is unexpectedly pregnant becomes, "how can I help you?" rather than, "have you considered adoption?" I've never ventured to boldly say those things before. I've always wanted to stay employed.  I wanted people to like me. I also didn't want adoptive parents whether in the church or at events where I speak to give me any bull and have to resist the temptation to jerk them up by their uneducated bootstraps.

But it's time now. My big-girl panties are on. 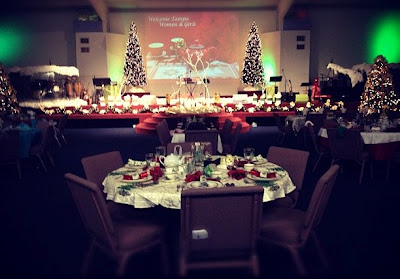 This month our church hosted a city-wide Christmas tea for girls and women. Tickets were sold out two weeks in advance! I brought a message that included illustrations about the BSE, my adoption, reunion, post-adoption issues and more. My husband heard so much about it, he said, "you need to repeat that message for all of our church people, both women AND men, to hear." So, I did, this past Sunday.

Amanda suggested we make the podcast available on Lost Daughters for readers  to hear, if they are interested. I'm honored by her suggestion, and offer a copy of the church podcast  for you to check out, if you'd like to listen, here.

I am not exaggerating one bit when I tell you that the response to the two messages was overwhelming. I say this not to pat myself on the back, but to share that what God accomplished in hearts and lives was amazing. At the tea, girls and women came forward for prayer, many of them weeping as they brought secrets and hurts to leave there and begin a journey of emotional healing.  Women and girls are still sharing with me about how this night has impacted them.

Then on Sunday the altars were once again filled at the close of the service, with people seeking emotional healing. One young lady was so overwhelmed by the pain she was feeling, she fell to the floor crying, as people surrounded her, and prayed for her. Her teenage brother and her sister's boyfriend, both of whom are ultra "cool as a cucumber teenagers" who don't normally show much emotion were both teary eyed when realizing the burden their sister had been carrying, and seeing the healing process begin in her life. All this to say, the progress that began to take place in people's lives was amazing. But first, the subject had to be broached.

I decided to keep the conversation going Monday night when I traveled to preach in Bradenton, Florida for a women's Christmas event at another church. I felt directed to bring a different sermon, however I included all of the same illustrations I did on Sunday, plus I encouraged the women about reaching out to girls/women who are pregnant and what our response should be vs. what it has been, far too often. As I spoke, a group of elderly women on the back row (who all lived through the BSE) wept. I noticed this age group in all three events/services to be particularly sensitive to the message.

Another lady on the front row buried her face in a ball of tissues and kept it there most of the message, alternately blowing her nose and getting another wad of fresh tissues as needed. During the prayer time at the end, I walked up and wrapped my arms around her and said, "how can I help you?" Through choking sobs she said, "my daughter is pregnant..." and poured out her heart. I was able to comfort her. Previous to Monday night she felt like a failure and planned to resign from the ministries she leads in the church. She and her teenage daughter are also fighting a lot, and the boyfriend won't speak to her.  I was able to share that never was there a greater time that her daughter needs her support. I also advised her that it is not necessary to step down from her ministries, nor is she a failure. I reminded her about the decisions God's first two kids (Adam & Eve) made, and He hasn't stepped down from His position. :)   And finally, I encouraged her that all babies should be celebrated. She left the event with a renewed determination to reach out in love to her daughter and her boyfriend, to hold her head up high and continue in the ministry that God has called her to.

What's the point of today's post, beyond sharing this message with you, if you have interest?

Lack of Awareness Is Astounding!

I've spoken to three audiences in the past two weeks, and mentioned the Baby Scoop Era. At the tea, I asked the people present, "who knows what the Baby Scoop Era is?" Only one person raised their hand. At the Monday night event, no one did. They were all shocked, blown away, and moved to tears once I informed them.

Those Who Are Aware Must Open the Conversation

We're aware! It's incumbent upon us to do something. People are hurting and they need healing. We must start the conversation. It's been my experience the past two weeks that most people don't know, and they are really curious once the conversation starts.

This is actually a popular sales principle, but it applies to other things. It stands for “Some will. Some won’t. So what? Someone’s waiting!” It means that some people are going to love what you do/say, and some won't. Some will downright be opposed. But so what!! Someone else is waiting to hear it and will respond. In my experiences of the past two weeks, they may even burst into tears or fall on the floor.

Is there enough awareness yet? Hardly.

We must open the conversation, keep it going, and let the chips fall where they may. Some will literally fall into our arms sobbing. It's a good idea to be prepared with plenty of tissues and a willing heart to help them walk through their journey of healing.

For anyone who questions whether post-adoption issues are real, or believes it's all teddy bears and rainbows, all I can say to that is, if it were, people wouldn't be sobbing as a message is preached or fall over in tears at the altar. How much more proof do people need that those who have experienced adoption, whether adoptee or birth parent, have been traumatized?

God can and will heal hearts that are hurting (and sometimes it takes a lot of time) but how can people, adoptees or otherwise,  heal if we don't start talking about what's hurting?

Authenticity is the first step to healing.