On Wednesday's Round Table, we were talking about childhood memories and birth stories. Today, we have a touching memory from Amanda, and reflections on figuring out how we fit-in with our adoptive family.

Wanting to be "part of the group" 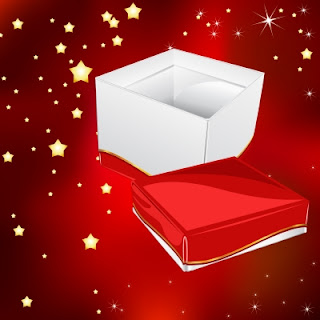 Amanda Woolston - I went to a private school and several of my classmates, to my standards, were very wealthy. There were fads that my adoptive family could never afford to participate in. To be cool, you had to wear Adidas gym pants on dress-down days. Hush Puppy shoes, and you HAD to have a Starter jacket with a football team on it. Uniforms did nothing to level the playing field, so to speak. This is because the uniform came in two versions, the regular version and the cheap version. If you couldn't afford the regular uniform, you could buy a cheap knock-off with a poorly copied version of the real uniform's plaid. Even the material was different.

If you didn't wear just the right things, you were uncool, your parents were poor, and you were mercilessly teased. My father's business did not take off until I was much older. I could not "afford" to fit in and be accepted by my peers until I was in junior high.

I remember one Christmas where I had requested a Starter brand jacket with the Cowboys on it. I didn't even like the Cowboys or football, but this seemed to be the most popular team for kids to be wearing. My dad told me he thought he could get me one and I was so excited. I could make it until Christmas being uncool and then everything would change. I would have the same jacket the other kids had and then I would fit in. I opened that box on Christmas morning and pulled out a beautiful jacket. But it was black....not the Cowboy colors. It wasn't even a football team, it was the Orlando Magic.

What my dad did was take my jacket request and translate it into something that fit me. I did not like football but I loved basketball. I did not watch or cheer for the Cowboys, but I did watch and cheer for the Orlando Magic. I even had their posters on my walls. The jacket wasn't Starter brand, simply because Starter did not make basketball jackets with Orlando Magic on them.

But I did not want a jacket in order to be myself. I wanted a jacket to be like everyone else.

I had no other coats or jackets that fit me, so I wore this one every day to school. My peers made fun of me for not having parents who knew how to buy me the right clothes. I was called dumb for not knowing what jacket I was supposed to get. I was the only one who had a basketball jacket.

I felt terrible. It was entirely traumatizing to me that this beautiful gift from my father, that he worked long hours to afford, that was in essence me in every way, was no acceptable. Furthermore, it was cause for people to hurl hatred at me. Who I am was not good enough. It was more important to just fit in. I felt selfish and materialistic for my reaction to this jacket. But this wasn't about vanity, this was about survival. It was about being able to go school every day and not be exposed to verbal violence day in and day out.

Some Christmases, when I open my presents, I re-live the experience of opening that box and seeing my interests reflected in the perfect jacket for me....and hating it....because being me would not rescue me from the torment of my peers for being different.

Dorothy Sands - One of my best friends bought me a red t-shirt from Wal-Mart a few years ago with the Grinch’s mug on it.


The most difficult part for me, in the beginning of reunion, was trying to find a place to fit everyone into my psyche, and the holidays and others just magnified the problem. Honestly, I continue to struggle. Now, I have siblings and I tried last year to send off all these gifts, but I think I overdid it. This year, I want to settle in with just my family (husband, children) and close the doors. I can't find a happy, in between and peaceful place. It's a constant irritating feeling. Basically, I stay anxious throughout these times. But, making my own traditions with my husband and children has eased a great deal of these feelings. Making ginger-people has been one of these traditions, and I am so in the moment with my sons, that the other 'issues' kinda take a back burner.

The Adoptee Paradox: Fitting in, and at the same time, not fitting in

Rebecca Hawkes - I don't remember struggling around holidays as a child, but I am struggling with them a bit as an adult. I have been in reunion with my mother for 17 years, but we have never spent a major holiday together. This Thanksgiving she shared a beautiful but heartbreaking poem with me about the "ghost child" who is with her on holidays. I have plans to see my biological father a few days before Christmas, and we have a Christmas-themed activity planned. This is the first Christmas we've been in contact with each other, so it's especially exciting to have a holiday activity planned, but there's that old adoptee guilt rising up. Because of this activity, I will be arriving at my adoptive parents' house one day later than I would have otherwise. Should I have to feel guilty about that? Maybe not, but I do. 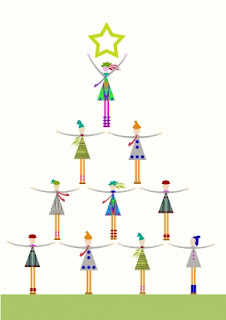 Karen Pickell - Amanda’s response reminded me of what my childhood Christmases felt like. We usually spent Christmas afternoon at my cousins’ house. My mom’s extended family would have dinner together, and one year in particular I remember listening to them all having a conversation about which of my cousins looked the most like my grandmother. I was probably nine or ten at the time. I didn’t say a word because, of course, I looked nothing like grandma. I remember feeling like I didn’t belong in my family, like I was outside of them, although they didn’t intend to make me feel that way. They were having a perfectly normal family conversation; it was just one I couldn’t take part in. These days I live three states away from my relatives, so various neighbors will at times invite my family to join them for Thanksgiving or Christmas. Unless the invitation comes from someone I feel very close to, I always decline. I just recently realized that the reason I decline is that I don’t want to feel again like I don’t belong to a family group. I would rather spend the holidays with only the other three people in my immediate family than with a house full of strangers. The thought of it brings up a deep feeling of loneliness for me—not something I can easily explain to an acquaintance.


Rebecca, I don't know if you want to go there, but I'm curious about why you and your mother have never spent a holiday together.


Rebecca - Oh, Karen, you just reminded me of something I wrote on my blog once: "I remember one particular Thanksgiving. My first husband and I had recently separated, and I had been single-parenting a toddler. No one expected me to do much that year, which was a good thing. I had been putting a lot of energy into holding myself together, but once surrounded by the safety of family I melted into a puddle. I spent most of the day napping on the couch while others looked after Mackenzie and prepared the meal. My cousin C had recently gained some weight and her body shape matched that of my mother, as did her hair color and length and her energetic movements. From my haze on the couch in the open kitchen / living room layout, I was occasionally conscious of one or the other of them moving past me as they bustled about preparing the meal, but I couldn't tell who was who. It was one of those adoptee paradox moments. I was conscious of both belonging and not belonging, of being held by the family but not completely of the family."


A big part of it is distance. My b-mom and I have always been separated by geography. We do a once a year visit of a week or more, but it doesn't tend to overlap with holidays. Another is that holiday traditions tend to be big in my a-family. Christmas especially is a huge holiday. I associate the holidays with them and have never really wanted to make the break from that. It's difficult to explain, but Christmas is a holiday that happens for me in my a-parents’ house. If I'm not there, it isn't really Christmas.

Karen - Ah, that all makes sense.

Dorothy - For me, I keep hoping for a moment of peace. Although in reunion with both n-parents for quite some time, I feel anxious. The key for me has been creating my traditions with my current family. My husband and sons do certain things that make my season happy. If I had to rely on a-parents and n-parents and all the integration the turmoil of pleasing and not hurting others or myself, well, I doubt I could ever enjoy a holiday.

Jenn - This is the first Christmas that I'm in reunion with my natural sisters. It's going to be different and we're going to have to find a way to make our own holiday traditions. Because we all have established family traditions, and I'm still a secret to my extended natural family, we're not going to see each other for the day.

So instead, I have to find a way to share some of the holiday in a different way with them. For a holiday that's always been about family to me, it's going to be an interesting challenge. So while it's about distance, like Rebecca described (and it feels like Christmas with my adoptive family too), it's also a bit more tainted with secrets.

Hopefully that won't be an issue for many more holidays.