"The word 'Baby' in the space where one would place my name:" A Tether to the World (Part II) 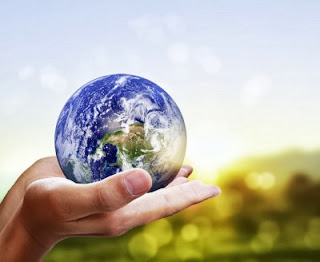 Upon receiving this sheet disclosing my “non-identifying information”, for the first time I felt like I belonged to this world. I was bound to something and someone. I could look at my belly button and know that at one time there was another person to whom I was physically attached for however short of a period of time. It was physical evidence that I was at one time tethered to another person with whom I shared DNA.

Every child learns of the story of the birds and the bees one way or another. So, as a very young child, my parents told me that I was “Adopted” I was “special”, chosen” and a “gift”. They would look into my eyes and tell me how very lucky they were to have my and to be my mom and dad. This made the word “adopted” take on special meaning for me though every adoptee is different, as with every adopted family the range of feelings any one of experiences is like spinning the big wheel on the Price is Right.

I was not entirely sure at the ripe age of four what “adopted” actually meant. I was told that I had different parents from whom the ones who are now my parents. For a long time, I thought that maybe I started as a seed in the ground and grew into a little plant in the woods behind my parent’s house, and that is where they found me and plucked me up and brought me home. The story of the stork dropping me in also fit well with my fantasies of being of mysterious origins. I came from some vague stork nest in a place called Ohio and was flown into the State of Massachusetts and dropped on my parents doorstep.

For every adoptee, the story is as unique and divergent as there are variances amongst snowflakes. The questions that likely torment their sense of being, or the mystery that wears like a weighted veil over our self-identity. To dwell in the mystery and possibility of who we might be had its benefits. Perhaps, we are the children of someone famous or rich only to live a life of ordinary and sometimes utterly mundane existence. The proof of our existence in the here and now would have to suffice no matter our curiosity and longing. Over time I began to realize that the mystery of who I was and where I came from might never reveal itself, I might die not knowing! Any clues to self identity that one would stumble upon happened all by accident, or some default personality trait and consistency of temperament that drew the notice and was pointed out by others. These were clues of some kind but who might that be?

This story of the ultimate mystery and journey to find myself. Adoptees go through life not knowing key aspects of their own history and complete strangers have at times, become completely incensed by the fact that we ask questions in the first place. How dare we? How ungrateful we are.

Regardless of what anyone’s judgment (for those who don’t know my entire A and B families all that well and that we are all cool with one another; just more people in the world to call family) might be of me, I am in possession of my original, non-amended birth certificate. It arrived in my mailbox 8 years and 2 months after my initial reunion with my birthmother. It doesn't say a whole lot to the unknowing eye. However, for me it has taken on the power of possessing ones’ own emancipation papers. I am now the rightful owner of my truth, that had been purposely and intentionally been withheld from me for 43 years prior all because of anachronistic laws and a few consistently inept bureaucrats.

How does it feel to possess this one, ‘should so not even be anywhere near this big of a deal’ document.

Well, I am in one of the grieving stages at the moment about things I never imagined that I would be grieving over. For one, seeing the loneliness of my B-mom's name and the word Baby in the space where one would place my name. I am also working towards a place of acceptance that fear and selfishness drove my B-father to force my relinquishment upon my b-mom when he could have well afforded to see to my minimal care. I think these impulsive decisions haunted him there after, and he never was able to pull himself together.

This is a process and I presently vacillating between small moments sadness and anger peppered with occasional moments of shaking my head in bewilderment of it all. Why is this my story? But then I remind myself of something that I figured out a few years back: everyone is just trying to get through the world as best they can. We all struggle in life, everyone single one of us with whatever skills, wits, disposition, economic situation and self-awareness that we each possess. We are all at some point or other trying masking pain, managing stress, and making a life for others and ourselves.

But at least for now I can confirm that I do indeed exist in flesh and bones as real as anyone else does who walks this earth; and amongst all this tangle of emotions also exists an underlying inner peace in knowing that this apple in an oak tree got everything she sought after; and is as grateful as she is fulfilled.

Sara Knight is a writer, degreed - life counselor, and closed adoption Adoptee. She was born in Columbus Ohio in 1970 and was adopted 8 days later.  She and her birthmother, extended family and adoptive family have been successfully reunited since April, 2005.  She lives in Oakland, CA and is the proud mother of two darling (natural children); and happily married to college sweetheart for over eighteen years.  She is presently developing a memoir about her adoption story and birth origins that sound as if they were pulled from the 1980’s show, Dynasty storyline.
Posted by The Declassified Adoptee