The Complexity of Our Racial Identity


The conversation in our family car went like this:

My son, “Are there any racial slurs for white people?”

My son, “Just asking. Does anyone use them?”

My husband, “Yes, and they are offensive.”

This conversation played over and over in my head.

I have jokingly used “Whitey” to describe my husband when I am with my Asian women friends who are also married to Caucasian men. This reminded me that I am just as guilty of being callous in my choice of race words, and though I haven’t said it with my children around, I have stopped. 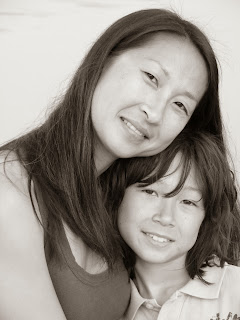 But it also got me thinking. My son was asking this question as a means of exploring his racial identity. He knows he is not identified by these white racial slurs, despite the fact that he is a mix of Caucasian and Asian. The rub? I have passed on to him the genetic and visual racial identity of Korean. Our outward appearances invite these Asian racial slurs. People we do not know, will use them on us. I asked my husband if he had ever had a complete stranger walk up and use a white racial slur on him. He said that he had not.

A new adoptee friend, Dan, had given me a recent study, “The development of racial identity in transracially adopted people: An ecological approach,” by Tien Ung, Susan Harris O’Connor and Raymond Pillidge. They discuss an interesting idea that our racial identity is five part: genetic, imposed, cognitive, visual and feeling.

Genetic is simply the biological traits we inherit from birth parents. The Imposed is more complex for the adoptee since it involves the adoptive family and is often harder for the mixed race child; it is an inaccurate “construction of race” given by those around the child. My son is questioning and struggling with this part of his racial identity.

This brings me to the Cognitive racial identity. This is “what a person thinks and/or knows her or himself to be.” The Visual racial identity is the “color one sees one’s skin.” This one lies closely with the Genetic.

The last and final one is the Feeling racial identity. This gives those of us with mixed racial backgrounds our “sense of self.” This sense of self is “heavily influenced by the race(s) of the social community that surrounds” us. Feeling is the root of my confusion. I truly have believed myself to be white and Puerto Rican.

For my son, I believe he is struggling most with the Cognitive and the Feeling, I asked my son a few questions:

Me: “Are you Puerto Rican?”

My son: “It is a nationality.”

I have ferociously defended my right to be an American. I have referred to America as “The Melting Pot.” But in hindsight, I believe I was fighting for the right to feel white. The nuances of this have been interpreted by my son. While he says being American is a nationality, so is being British. He is both, but he is identifying his race in a nationality. I wonder if he, like I have done, equates the word “American” with being white.

I now realize how important our Asian friends in Virginia have been. In Wisconsin, what my son and I have been missing were our anchors for our Asian identities. My daughter has found her anchor in a friend whose mother is Korean. My daughter relishes time at her friend’s house and loves her friend’s mother’s cooking.

I am still in my identity infancy, but my son looks to me and many of my new Korean adoptee friends for a compass in navigating race. As transracial adoptees, we are ever changing and morphing as we learn more about ourselves. Sometimes, just looking in the mirror is not enough. 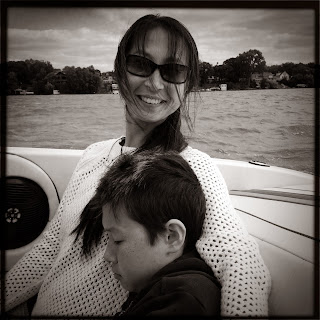