I Am Adopted and All My Names Are Part of Me

This past weekend our church hosted a Christmas tea for the women and teen girls of our community. 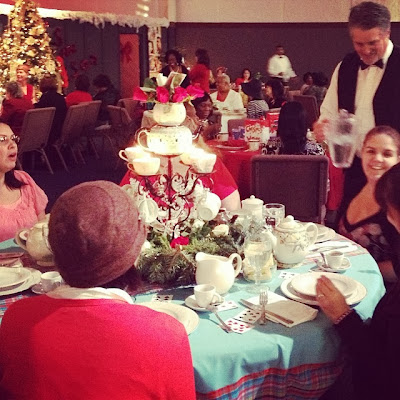 Our guest speaker was Joy Conley. She and her husband Keith pastor a church in Lakeland, Florida. Joy and I met in our pajamas! It was during a women's leadership retreat twelve years ago that we  instantly became friends. Making it a priority to spend time together over the years, our relationship has developed into a close one.


As part of her message, Joy talked about the importance of names. She shared her daughter's name: Jessica Hope.

Joy had no idea at the time she and Keith named their daughter Jessica Hope, that her name would be a reflection of her life experience and serve as an encouragement to many.

A few years ago, Jessica discovered that she was pregnant. Young, unmarried and unprepared, she initially felt devastated and hopeless. She tearfully came to her parents late one night and told them the news. They embraced her with love and compassion.

When the congregation found out about Jessica's pregnancy, there was an immediately outpouring of love toward Jessica and the entire family. They all received such a blessing when Isabella Hope was born, months later.

Today Jessica is married to Eric, and Isabella Hope has a little brother named "E.J.". Eric and Jessica serve together in the ministries of the church.

As part of her message, Joy went on to say: “Just out of curiousity, I looked up your pastor's name.  Deanna has two meanings: "Divine" and "Church Leader."

I sat there in shock.

I had heard the "divine" definition before, but never the church leader definition. I even thought, “Maybe that’s from some quirky dictionary that nobody's ever heard of or something."

I've been a church leader the majority of my life. And "church leader" has been the very meaning of my name from the time I was still in a crib?


I came home from the tea and looked it up and sure enough, Joy was right!.  It wasn’t a fluke. Everywhere I looked it up, the meaning of Deanna is “divine” or “church leader.” A third meaning I found was, "from the valley - meaning divine."

I've struggled at times with the divine part.  I'm not God. My ambivalence about that ended when I looked it up and saw that one of the definitions of divine is: "theologian, clergyman, clergywoman, member of the clergy, churchman, churchwoman, cleric, minister, man/woman of the cloth, preacher, priest."

I am not a theologian, but I am a clergywoman. I have a license to prove it. There’s a card in my wallet and everything.

When I was growing up, I asked my adoptive parents if they named me after anyone, or why they named me Deanna when they changed my name. I was not named after any person, but they picked the name because they thought it was a beautiful name and wanted me to have it.

A few months ago, I researched the meaning of my original name, which is Melanie.

What led me to research the definition was an argument I had with my natural mother back in February.  This occurred before we  knew she had cancer, or that she would die six months later.

In anger she said to me, "I always planned on giving you up! From day one, that was the plan!"

I don’t know if that is true or not.

She told me a different story at other times.

I've also heard a different story as part of my non-identifying information received from the adoption agency and in speaking to a social worker as well.

So much of my life as an adoptee has been sorting truth from lies. I don't think I'll have it all sorted out this side of heaven, and must make peace with the unknown.

During this particular conversation she said she planned to give me up from the day she found out she was pregnant. "There never was any other plan," she said,speaking each word in a clipped tone.

“Why did you even bother to name me then?” I challenged.

So I went on to question, “Why Melanie? Was there any special reason you chose that name?”

“No reason!” she said, “It means absolutely nothing!”

“So you just picked my name out of thin air?” I said.

I thought about that for a while.

In August right after she passed away, I was on a 40-day sabbatical.

Taking quiet time to think, to walk for miles and miles, to pray, to heal.
One day when I came back from a walk, I decided to look up the meaning of Melanie.

I was surprised to learn it is of Greek origin, deriving from the name Melania.

I am Greek. (My natural father is Greek.)  I have DNA tests to prove it.

I also learned, the meaning of Melanie is "darkness."

My natural mother went through what she described as the darkest time in her life, when she was pregnant with me, when I was born, and right after I was born.

It was a dark time for me, too.

There are few things as traumatic as being separated abruptly from the one who carried you in their body and sustained you. It is what Nancy Verrier refers to as The Primal Wound, in her book of the same title.

Verrier writes about the primal wound that develops when a mother and child are separated by adoption shortly after childbirth.  This experience is traumatic, and affects both mother and child -- physically, psychologically and physiologically.

Suffice it to say, choosing the name Melanie whether intentional or not was reflective of what was happening in both of our lives at the time.

It's mind-blowing to me how all of my names intersect to reflect the truth of my life. 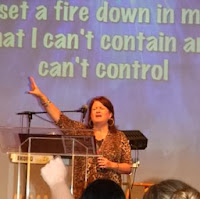 I am a Greek. My original name reflects my natural father, too.

I have emerged from some dark places, some valleys -- traumatic ones by their very definition.

I have resiliently emerged from those dark places, to become the church leader I was ordained by God to be.

I now fulfill a divine work, in the earth.

I identify with all of my names.

My original name. My adoptive name. My married name.

All my names reflect the totality of my life, not just a part of it.

Every name I have been given reflects where I have come from and who I am.

I embrace all of my names, unashamed.

By the way, I'm thankful to my friend Joy for enlightening me about my name.

Her name fits her perfectly, too.
Posted by Dr. Deanna DossShrodes