NPR & Exclusion from the Transracial Adoption Experience Discourse: the Wisdom we Could Have Gleaned 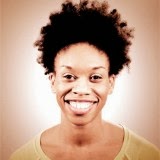 By Angela Tucker, cross-posted from Angela's blog.  NPR contacted me and asked me to be a part of the Sunday Conversation that aired yesterday morning. I spoke in depth about my story, my upbringing, the challenges and joys of my experience being raised by Caucasian parents, only to receive an email the next day stating that they had chosen to go another route. I responded kindly by stating “I sure hope you’ve chosen to include an adoptees perspective for your segment.” I was stunned to wake up and hear the one-sided, tired, age old perspective that we’ve heard so many times before. A loving, Caucasian adoptive parent of three African American children was the only person aired. While her voice is valid and valuable, it should not have been the only voice featured on this segment. NPR’s tagline for this show is, “Each week, Weekend Edition Sunday host Rachel Martin brings listeners an unexpected side of the news by talking with someone personally affected by the stories making headlines.” When the Senior Editor of the show contacted me, she stated that in light of the recent comments about Romney’s grandchild they wanted to expand on the topic of transracial adoption. I was glad for this opportunity; hopeful that NPR would do it justice by interviewing not just adoptive parents, but adoptees themselves, and birthparents as well. I was disappointed upon learning of the parent-centric and staid approach they took.

I wonder why NPR didn’t want to air my story. What part of my truth wasn't worthy of telling? What were they trying to shield your listeners from hearing? Are the powers that be afraid that the adoptee voice will disrupt the current narrative of trans-racial adoption? Is it safe to assume that you don’t feel your listeners can understand that I, a transracial adoptee, had both a wonderful upbringing and some exposure to African-American heritage while living in a predominately white city, yet also had a need to find my roots and search for my birth parents? Is it too hard to understand that I can be both glad for life opportunities afforded to me only through adoption, yet also wonder about what the plight of my life would've been had I not been adopted? Is it too hard to grapple with the notion that while transracial adoption is a necessary solution at  this juncture in time, it’s also a solution that comes with a lot of complexity, and may not be easily “fixed” by hiring a black mentor or teaching your child about Rosa Parks?

Had my voice been aired on the show, viewers would've heard me speak my truth about how I felt when being discriminated against in the town I grew up in. What we heard about discrimination in the NPR piece instead was “…it made my husband and I very uncomfortable, but our kids didn't notice. They were just coloring and being children…” The adoptive mother was asked by NPR host if she fears the stereotypes her black son may face as he grows. Why not simply ask a trans-racially adopted man how discrimination has affected his upbringing and adulthood?

BREAKING NEWS NPR: We no longer need to speculate about the challenges trans-racially adopted children may face as they grow. The first hand answers for these important questions can be answered by qualified, educated, articulate adult adoptees (or birthparents) found by doing a quick Google search.

Read the complete post at Angela's blog.
Posted by The Lost Daughters