Words from an Adoptee to an Original Dad: Reclaiming Birth Family & Discovering a Place at the Family Table 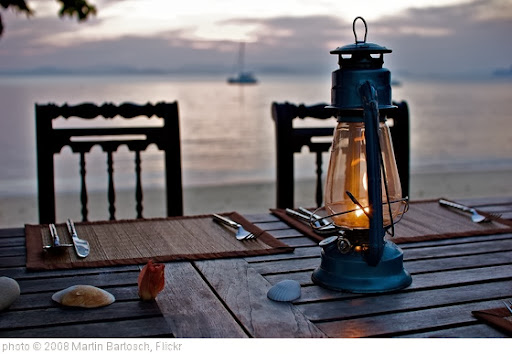 Our friend, Linda, shared this letter she wrote to an original father who attends her church, after he sang a particularly moving song during the church service.  She kindly agreed to allow us to publish the letter here.  Linda is a reunited adult adoptee who was born and adopted within the United States.  She co-facilitates the support group Matters of the Heart.

I was very touched by listening to your song tonight.  "Carried to the table."  The Lord's table is certainly the most important one for all of us. As you sang, thoughts came racing back and took me to another table where I felt that I did not belong many years ago.  Let me try to explain.

In my late teens and early adulthood, I would often fantasize about a family that I didn't know sitting down to a table, especially at holidays. There was always something missing. In contrast, [my husband's] family always seemed so complete...parents, lots of brothers and sisters and their children.

After I met my birthmother (I was 34), I often wondered what her table was like.  It would be many more years until I would find out. As I have told you in the past, she and I met very discretely for many years.  She did come to my home to share my table and gave me my grandmother's tablecloth.  I stayed in the "shadows" as I did not want to expose her or cause her more heartache in any way.

Finally, one Thanksgiving, she was able to tell her family her story after dinner.  They thought that she was going to tell them that she had cancer--not that she had had a baby out of wedlock.  They were very compassionate,  My cousins called me on the phone.  My "cup ran over."

Thanksgiving was a difficult time for me as my adopted mother died a few days before Thanksgiving and my father had her buried on Thanksgiving Day. It was very hard to go from gravesite to Thanksgiving table. My birthmother had gone to counseling and her counselor told her to put a date on revealing her "dark secret." At last, It was my birthmother who said "Let me turn that day around for you."

I was invited to the family home one Easter.  My grandparents home now belonged to my cousin. For many years I had a recurring dream of knocking on my birthmother's door, and when she opened the door my birthfamily would be inside.  The people in my dream were welcoming but did not have any faces. That Easter I walked into my dream. I knocked and my birthmother answered the door, and inside were aunts, uncles and cousins.  Even a great-uncle and aunt joined us.  Now they all had faces.  This was house from which she had to leave as a young girl because of me. Her father had told her "there will be no baby coming home".

Now I was welcomed and sat down to the table where I felt that perhaps I still did not belong.  It was a very joyful and emotional day. God truly does answer prayer in His time.

Linda
Posted by The Lost Daughters