For some time now I have felt like I wanted to write a post about this particular subject, but I haven't felt emotionally ready--- for different reasons. Now I feel like I'm finally ready to share it, as someone who is an adult interracial female adoptee. The subject I'm going to try to share more than explain, is the subject of adoption and reunion. By far not an easy topic to write about--- it's so personal, emotional and full of hurtfulness and other things. 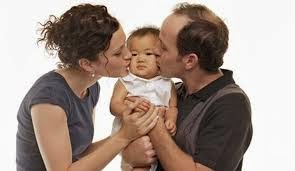 In order to do this --- to make it easier to understand and relate to I find it necessary to venture back to the beginning somewhat. The year I was concieved was 1985 and I was born in one of the first few months the following year-- 1986. At that time my birth parents had endured and experienced many setbacks, they lost their social status in society, meaning that the need for a male child, an heir became even more needed. At the same time they also experienced a bad harvest and lost much of their cattle.

Therefore it became impossible for my parents to keep me, add to the fact that my Omma basically was dying after giving birth to me, then it seems like the best thing to do for all parties is to give the newborn child a fair chance to get a brighter future with better prospects to start of in life.

When I was ten I was very aware of my ethnic heritage yet the thought of my birth family didn't develop into solid thoughts until I was in my teens. Only then was I emotionally ready (or so I thought) to start looking into the possibility of tracing my roots to my birth country and birth family--- with the support of my adoptive parents I made an official request to my adoption agency. However knowing that I was the youngest child born (at the time of my birth) we didn't know for sure if any of my birth parents still would be alive so all I needed to know was IF my birth parents or more importantly birth mother still was alive.

The agency was happy to help me, and I soon learned that both my parents were alive and well. Somehow the agency must have told them about me---the adopted child, because how else could they possibly explain their reason for contacting them. I didn't know my eagerness to learn about my roots would cause such a huge commotion as it semmed to have done. How would you react if someone suddenly tried to contact you only to tell you that you did in fact have a younger birth sibling (one that you never knew about) that had been given up for adoption and raised overseas, now asking questions about your parents ?

Some time passed until I heard from them again, once they had adjusted to the thought of another younger sibling they humbly expressed that if I wanted to establish contact with them I could. Honestly the thought of them, my birth family wanting to have contact with me had never actually crossed my mind. I had imagined many different scenarios of rejection but had failed to prepare for that. It had been something I had wanted secretly for many years but when it actually happened it was as if my mind frooze.

I recieved the first few letters and gifts and sent something similar back, then we continued exchanging letters and gifts for many years. When my adoptive father had estimated that both my birth parents would be in their 60s he suggested that it was high time I started thinking about an actual reunion--- if I ever would have a chance to met them. So that year almost ten years later, I begun to emotionally and mentally prepare myself for an actual reunion. 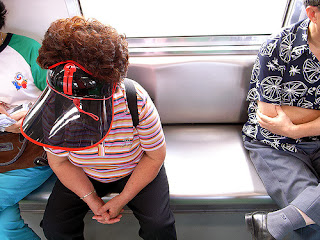 Different stages of adoption reunion after the actual reunion is refered to as
Personally I know we're way passed the honemoon stage and I think we currently are somewhere between the timeout stage and the showdown phase. I've tried to close the book on them as harsh as it may sound and begin another chapter without their presence. Now I've realized that is easier said then done as much as I wanted to meet my birth parents and all my siblings I've come to realize that an adoption reunion is for life.

*Please note that, not every adoptee in reunion always experiences these five stages. It's different for everyone.