If you think of adoption as a trauma, is it possible to heal from it ? Can adoptees ever be content with their lives... I'm not sure, it depends on if the adoptee considers adoption to be a trauma or not , but also how well (culturally) assimmilated that particular person is. 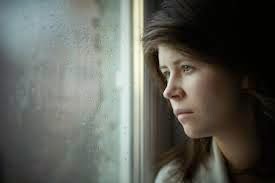 A statement such as that, that adoption creates a lifelong trauma for the adoptee, it's certainly controversial. I realize that, there are not many adoptees who dares to say the same---agrees with me---- believes the same thing. Transracial adoptees more than others, may seem to be expected to be grateful for being saved, and behave in such a matter--- even if we're not grateful at all.

Personally I hate when society tries to make us (adoptees) change our minds... aren't you grateful that you got a better life..., excuse me but better for whom!? Everything in life is relative, but don't you dare compare my loss and separation with my adult life or life after adoption.


I will always morn the loss from adoption, that I didn't get the chance to grow up or know my older sisters. I grief that and think about it everyday, not contiously. My inner child will never be satisfied because the only thing she wants will never happen, never be fulfilled. The wish that I had since I was very young is a simple one, that society tries to diminish and wants me to forget. How can you demand me to ignore my deepest desire to know my birth mum and be completely accepted by her... 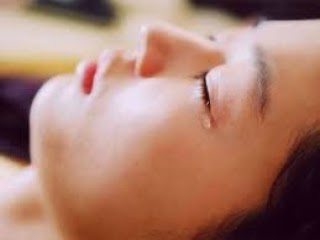 Society wants us (adoptees) ---- to grow up and face the music---- and never to look back, don't bother with biological ties and trips back to our birth countries. Yet in recent years genealogy research has become a thing everyone does, even I did that. (I will not deliver any elaborate statement on that here, that's for another topic and post). In school children and youngsters have history and religion in the curriculum, and by learning our history, we learn more about society , culture and politics. Why then is it not accepted , supported or encouraged by society for adoptees to do birth family searches or trips back to our birth cultures ?

Fear, seems to be the common factor here, fear for the unkown, fear that the child you raised possibly wants to replace it's adoptive parents with their birth parents. But I don't think it's that simple, we humans all have a desire to know our history and it is important if you consider the health aspect of it. Knowledge of hereditary diseases can be prevented if we learn of it in time. Adoptees who reunite with their birth family seems to be the adoptive parents worst nightmares. Will the adoptee try to possibly replace us (the adoptive parents) now...? 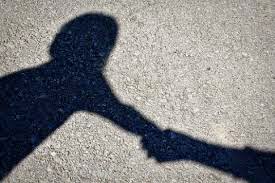 But is love supposed to valued by the time invested--- can it really be that easy ?
In adoption blood ties are not supposed to be an issue since you adopt somebody else's child.
The thing being, that it was and still is somebody else's offspring, speaking from a personal experience for me blood ties have become especially important. Maybe because of what I lack--- because of what I lost.
Losing that biological tie means that I have nobody who resembles me, of course I have my (adoptive) brother who sort of looks like me, we might be similar in physical appearance but we don't share the same DNA or birth parents. Yes, my brother was adopted from the same country some years later. But this is the only similarity we share, I think of him as the succesful one--- my brother is succesful whereas I am the black sheep (in many aspects) in our family. Do I love my younger brother? Well yes, of course I do but our relationship certainly is a complicated one-- for many reasons.

Maybe there is no solution that would allow adoption to exist while also ensuring that adoptees don't have to be hurt---scared for live--- forced to live in a lifelong trauma. The best thing one could do would be to surround oneself with people who support your views and opinions, finding those has not been easy for me. So I am thankful for this possibility and safe sourranding that Lost Daughters is.

People and society needs to change their view on adoption, it is not--- and should never be seen as a safe way to get a child, if a woman or couple fails to concieve. An adoptee is not similar to newborn infants, let me say that much, no matter adoptive parents good decision and to raise them as their own, is not really recommended --- especially not if it's a transracial adoption. The adoptee has a history, and does not share the same biology as their new parents. It's likely hereditary diseases from the birth parents might be passed on to the adoptee. 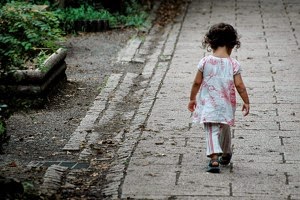 A young child might grow to love it's new parents, because it's them not their birth parents who raises them--- cares for them, guide  them and support them. In time the adoptee risks losing the connection with its birth culture. May even grow up and develop the same behavioral pattern. There's two kinds of heritages--if you ask me. The biological and the social heritage.

What adoptive parents often forgets is to remember the importance of biological heritage, instead focusing mostly on the supposed social heritage.

I have one advice for prospective adoptive parents of transracial adoptees; don't believe for a second that parenting an adoptee is the same as parenting a biological child. Just because a piece of paper and court hearing makes the child yours it's just a legal term it cannot replace biological ties.

I understand adoptive parents who believes they do a good deed by adopting an orphan child, but in nature wild animals abandon their children if they sense a human has been near it. Children of animals are encouraged and allowed to stay with their birth mothers-- even in captivity. Kittens are advised not be taken from their mother before 12 weeks, because it will cause development issues. Puppies can be separated from their mothers at 8 and 12 weeks but can stay for up to 16 weeks. (I'm not trying to imply that animals and human babies are similar, just trying to strenghten my argument.)

People believes that it is cruel to separate a newborn baby from its mother in captivity--- why then doesn't society realize that it cruel or at least creates a trauma for the adoptee ? The least you should be able to expect is for adoptive industry to take responsability---acknowledge at least that adoption always should be a last resort for the child--- and not a quick solution to handle infertility or the wish to parent; parent any child.

I am unhappy, I won't lie---I want to be happy, but society wants me to accept my life and not only be happy with my better life, but also be grateful for what I got. Almost or completely forgetting my roots, pretend if you will--- that I'm not adopted that I am my adoptive parents child. I am not content with living where I live-- where I was raised, and where I grew up. I want to move abroad, to another place where I'm accepted and respected --- where I can be myself. I've said it before but it's worth repeating, to me accepting my current life is equal to settle for less.

My only wish is to find a place where my views, arguments and opnions are respected and sadly I don't think I will be able to find such a place unless I move. Because of my adoption my identity cannot be answered with a simple answer, I was born Korean and parts of me still feel Korean, yet I'm no longer considered an authentic Korean, because I was raised in Europe; learned Western European values and morals. At the best I would say I consider myself a citizen of the world, neither Korean or Western European. Perhaps this how I should start to think in order to heal and find peace with myself and in myself.