It’s Independence Day in the USA.  It is a time to celebrate the remarkable day 238 years ago when our young American colonies severed their national allegiance to Great Britain with those courageous words, We hold these truths to be self-evident.

Today, Americans all over the world pause to hold their families and friends close and give thanks for our many freedoms.  Today, I pause to reflect on the ways that, despite my American freedoms, I still oppress myself.

But I haven’t introduced myself.  I am Soojung Jo, born of a Korean mother 37 years ago.  I lived with her for 18 months, and then at the Sungrowon orphanage for another 18 months, and in 1980 I was adopted to a US family.  With that loving family, I experienced all the typical joys and heartaches of youth. Underneath, I wore another layer of unacknowledged discomfort that many transnational adoptees have experienced.  These were feelings I had no vocabulary for back then: displacement, pathological mourning, racial and cultural identity, and mostly, that greatest of undefined words, han.

As a kid, Independence Day was a time for family picnics, matching glow-in-the-dark outfits, and fireworks.  It was a party to celebrate the freedom concept that I was too young to grasp.  When I joined the Army, freedom was suddenly not just something bestowed upon me, but something I was sworn to fight for.  It was what my friends and I were willing to die for, if called, for we learned that there is nothing more valuable.  Let us be forlorn, let us be isolated, let us be destitute – but let us be free.

I cherish the freedoms of this country, and I am grateful for those who keep us free.  In the spirit of honoring liberty, I declare my own independence from self-oppression, and list these facts as proof of my self-repeated injuries and usurpations:

Shame – As an adopted person, I allowed myself to feel ashamed of my feelings of abandonment and exclusion.  I felt a duty to gratitude and happiness that did not allow room for a full range of appropriate emotions.

Censorship – I became a first-class social monitor, constantly scanning others for clues about how I should act and speak in order to be accepted.

Self-rejection – I forsook the beauty of this unique experience and my scars for the Pleasantville version of my life.  I became an online dating version of myself.

Martyrdom – I assumed the role of martyr in two ways.  First, as an adopted person I  presumed to corner the market on loss.  Second, as a mother I acted in so-called selflessness, but what I really desired was recognition.

In response to those injuries, I submit the following self-evident truths:

No feeling is wrong.  Thoughts, words, and responses might be wrong, but the underlying feelings come from a place of truth and must not be denied.

Everyone has a struggle.  Though they range in nature, size, and intensity, no struggle is better or worse.  They are all valid.

Every voice has a venue.  Whatever your message might be, if it comes from a place of integrity, there is someone else who needs to hear it.  No voice should be silent, for it might be the one that makes a life difference to someone else.

The greatest human need is connection.  Whatever reason you have for the hard walls around your heart, you will need to resolve it in order to gain meaningful connection with others.  Without meaningful connection, we can’t achieve wholeness.  My reason was being separated from my mother and country at the age of 3, and then the isolation of lonely childhood in Kentucky.

We receive as much love as we open ourselves to.  The only thing that limits our capacity to be loved is our willingness to accept it.  Once accepted, love fills us like a reservoir that will, if given a chance, overflow.  My children taught me how to open my heart.  Because of that, when my Korean family found me last year and my two mothers met, I had the capacity to accept them both.

These are the ways that I declare independence from my personal forms of bondage.  This doesn’t meant that I’ve gotten my act together, only that I’ve identified some of the ways I need to be free.  Remember, after the Declaration of Independence it took our founding fathers 13 more years to enact the Constitution, and we're still amending it today.  What does your freedom look like, and in what ways can you liberate yourself?

I leave you with two thoughts, from a couple of the greatest female minds of our time.


The truth will set you free, but first it will piss you off. ~Gloria Steinem

Freeing yourself was one thing, claiming ownership of that freed self was another.  ~Toni Morrison, Beloved 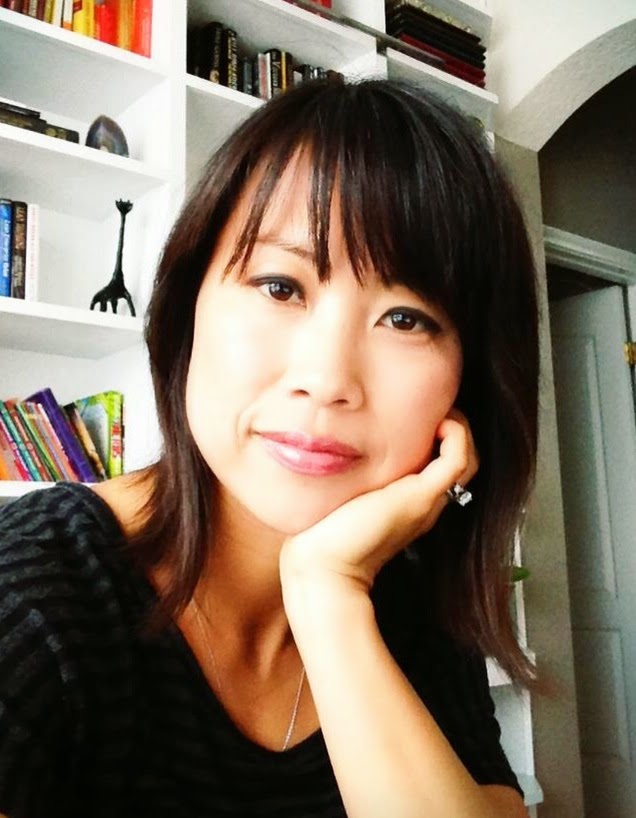 About me:
You can't label a person, but if you tried, these are some of the labels I've worn:  daughter, orphan, adopted daughter, wife, soldier, veteran, engineer, manager, mother, adopter, writer.  I contribute to the Lost Daughters blog and several adoption-related anthologies, all in development. I wrote for the now-retired blogs Faiths and Illusions and Grown in My Heart.  I have an American family that raised me and a Korean family that lost and found me. Both families met in 2013.  I live with my husband, Brett, and four children (3 biological, 1 adopted from China) in Southern California.

Find me at www.soojungjo.com or on Facebook as Soojung Jo.