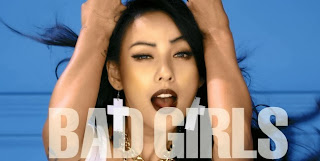 Perhaps my life would be different had I had the opportunity to be raised alongside my older sisters... I'm sure I would have had them as role models and been both influenced and inspired by them. But if I had been able to stay--- not be adopted I'm not sure if my youngest birth sibling would have been conceived or even born... (I don't want to elaborate, or dwell on this in any possible form because that part of my adoption is still a very real, tragic and hurtful thing. I reserve the right to mention that in another separate post--- if or when I feel strong enough to actually do it.)

I do think of myself as a proud, independent woman (among many things) I confess that my mindset and outlook were forever altered after my last trip back to the motherland. As you may or may not know Korea is a nation with a very defined hierarchy.

I am doubtful as to why Korean women easily can get away with übertajt and short skirts and shorts and could this possibly be linked to Korea's ancient Taoist beliefs?

I am proud of the fact that I was raised in a nation that is recognized by many as a nation of strong feminist beliefs yet I wonder if my new-found-self has walked right into a trap - even repeating the mistakes my own Omma did and that my beloved Onnis might have made as well.

Korean woman are supposed to be very submissive towards men in some way, yet they are allowed to work but only until they marry. After marriage it's the husband who makes the decisions for the wife - decisions that concerns the woman. However the woman are allowed maybe even expected to make decisions over the finances and children. Another contradiction is that married Korean women get higher social status in society for each child that is born and if she has many sons that's even better.

Nowadays though its very rare for a family to consists of more than two children - due to Korea's family planning policies which restricts families from having more than two children (multiple births are exempted somewhat) because it is believed that a lower population number will make it easier for the nation to industrialize faster. - That could be true for all I know.

Here's a question is it possible to call yourself a feminist yet dress a certain provoking way ? Is your political views supposed to be displayed and mirrored in the way you dress ? Can't a feminist get away with wearing whatever she likes without having to worry about unwanted attention from the opposite sex...

Sometimes when I recollect my thoughts I think it's funny that I am feeling so strongly for a nation that isn't so feminist friendly as Sweden. But you see it is the nation or rather continent where I was created, planned and placed upon this earth...

How ironic it is that I might end up repeating my Omma's destiny... I wonder if she's truely happy , if there are decisions that she regrets. Then I pinch myself and remember that Korean people never worry or are supposed to never worry or dwell over things in the past. Should they be sad they simply seem to repress such feelings.

In my birth family there are many strong female Korean role models; there's the stubborn divorceé, the modern pioneer woman, the independent businesswoman and the woman who found real love. All of these four women each created their own life and they seem happy (more or less.) One thing they all share is that all four of them either married or was married at one point. Unfortunately, it seems Korea's society expects Korean women to marry because single or unmarried women in Korea are almost frowned upon and face huge stigma, ostracization, and possible isolation. 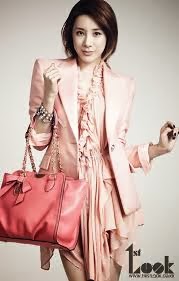 There are some woman who simply refuses to marry for one or the other reason. Will my future be a mirror of my birth family's past or will I relive their lives... end up as divorceé, or like the modern and brave pioneer woman that had no other choice but to marry, like the independent businesswoman who ironically didn't achieve complete independence until marriage or as the woman who married for love. I wonder if the woman who married for love would have been happy if she had chosen not to marry...

These kind of women are women that I wish to resemble one day---and a strong and independent woman that is what I hope to become one day. Without having to compromise on my person as a hole or my personal goals in life.

I know many people say that their role models are women like Britney Spears, Lady Gaga and Madonna. That is nothing wrong with that of course , but personally I get my motivation and inspiration from women like Eleanor Roosevelt, Emmeline Pankhurst and Rosa Parks. Yet I would be lying if I claimed that I didn't look up to adult adoptees that managed to overcome the stigma and separation that adoption creates. I especially admire famous female adoptees like Marylin Monroe, Ingrid Bergman and again-Eleanor Roosevelt (yes she was adopted). Famous females who were adopted would be actress Melissa Gilbert and singer Faith Hill. I think you might realize that you may not have to venture very far to search and find suitable role models, they may very will be found in your ver own birth family or for that matter immediate family.

Yet it's important to remember that it's not necessary to completely mimic the life of one of your role models. Your life is your own afterall, so don't take i tto the extreme. Remember that you always have a choice and don't allow yourself to live your life by others. Trust your instict and yourself, women are intelligent empowered and capable of making their own decisions thus creating their own lives...

My dad recently said something wise-he says a lot of wise things, he even tends to believe that he always is right... The thing he told me was that out of 100 people 20 will dislike you. While another 20 will like thus the remaining 60 will have no opinion in favor or against you.

My genetic makeup makes me Korean by birth and that will never change, for natural reasons I know I also have similar beliefs and opinions that resembles those in my adoptive family. My manners are more European and especially Swedish than they are Korean. Even to the point that I'm a Swedish feminist in my mind even far more than I ever would like to admit...Yet the Korean part of me will always be there-if only to remind me when I look in the mirror...

I generally strongly dislike the notion of the stereotypical Asian girl - not that there are not many there are. Believe me. What I don't like about it is the fact that these stereotypes doesn't seem to fit us Asian adoptees. Why- because many of us seem to tick at least one criteria in each stereotype. Certain words that I don't like is "whitewashed" as well "twinkie" and not to forget the comparison of Asians who grow up in Caucasian societies as eggs - you know white on the outside but yellow on the inside.

As an ethnic Asian female and adoptee I had a very limited exposure to my Asian heritage as I grew up in a European country in Caucasian neighborhood. In what many refer to as the most equal nation in the world where the the feminist movement is a large part of society. My internal struggle that I had for some time now is a matter between beliefs as well as politics as I was raised by Caucasian adoptive parents. I not only had a very limited experience or memory of anything Korean or Asian for that matter. That being said I still am proud of the ancient culture that I am a product of. In a sense yet I do believe in gender equality whereas Korea's society is based on ancient Taoist beliefs and a hierarchical world order. One where social ranking, gender and age is respected and never disobeyed.

One of my manor problems is that I spend to much time worrying about what other people will think of me. (I'm not sure why that is-it might be a consequence of me being a transracial adoptee or simply just a case of low self worth.) As an Asian woman I confess that I'm sensitive towards racial remarks and racism. Society seem to believe that racism against other ethnicities than people of African decent doesn't exist... Yet I beg to differ , I dare to say it is not true.

Am I alone in noticing the obvious contradiction which becomes a part of basically any adoptee's life - Western society adopts children from unwed mothers in distress or sometimes from another culture. As the adoptee still is growing up little importance is placed upon the child's ethnic heritage , actual culture or birth family. Compared to how society views us adult adoptees who more often than not might accused of having assimilated into their adoptive family's culture to the point that they might have forgotten who they are. That is exactly what adoption is in my eyes to adopt someone- very often a child means that you make them your own. Often the adoptive parents replaces the adoptees original birthname and the time when they choose to tell their adopted child varies a lot.
Posted by Elle