A Haitian Adoption Story: Review of The Roving Tree by Elsie Augustave 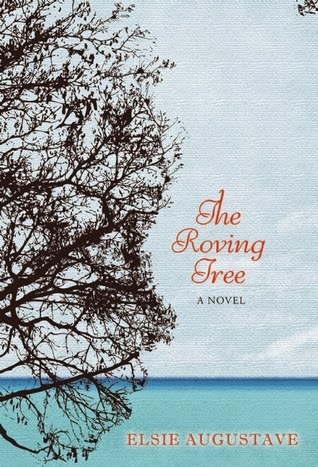 Elsie Augustave’s novel The Roving Tree tells the story of a Haitian adoptee, Iris Odys, who at the age of five is given for adoption by her poor single mother to a white couple from New York state. She is raised there, along with her new older sister, also white and also adopted. Guiding her development are her black American godfather—a family friend—and her Haitian dance teacher. Iris’s involvement in college with the Black Students League ultimately leads her back to her native country, where she begins to uncover her biological identity and develops a yearning to understand her African ancestry. She follows her heart to Zaire, and her cultural immersion brings with it unexpected life choices.

Like her protagonist, Augustave was also born in Haiti and left for the U.S. as a child, although not due to adoption. Her family emigrated to America to escape the Duvalier regime. There were only two other Haitian families living in their upstate New York town. In interviews, she has said the inspiration for Iris came from a story she heard while visiting Haiti as an adult, about the child of a peasant woman who had been adopted by a French missionary couple. Augustave imagined what the child’s life might have been like in a foreign land, away from everything and everyone she knew.

Despite not being adopted herself, Augustave has portrayed some of the identity angst many adoptees feel through the character of Iris. We feel Iris’s ambivalence toward her Haitian mother as a young child—a protective instinct—and, likewise, we recognize her desire as an adult to understand her Haitian family and their belief system.

From an adoption perspective, the strength of this story is in its revelation of the class distinctions in both Haiti and Zaire that enable cruel poverty in both countries and that result in women and men having few options to rise above the circumstances they are born into. Iris discovers how the societal mores in Haiti led directly to her adoption. Interestingly, there is a sense that, despite having lost her original family and culture, Iris is happy to have been adopted because her life has turned out to be more fortunate than it might otherwise have been.

Overall, I found this novel to be a worthwhile exploration of societal impacts on family constructs in countries that, as an American, are quite foreign to me. I appreciate that Augustave recognized the identity struggles that adoptees may go through, although I felt these might have been explored at a deeper level through the character of Iris. It’s not easy for someone who is not adopted to write these characters; Augustave’s own experience as a Haitian immigrant gives her some insight into the mindset of intercountry adoptees.

Note: The author provided a copy of this book in exchange for a review.
Posted by Karen Pickell