As an interracial adult adoptee who is among the fortunate ones that was able to find my birth family and also being a lost daughter and female adoptee--- for me it meant that once the missing pieces in my puzzle had been found. Only then could I turn my attenton elsewhere and focus on trying to help my mum and dad trace their own roots. I've done so already way back in the past, in High School I choose to research  my mum's paternal relatives as a final project work. 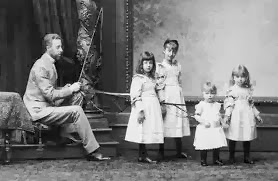 I suppose my interest for genealogy had to with my quest for my own identity not knowing who I was at the time (I still don't know exactly who I am) also realizing that a birth family search might not give me the results I wished this was my compromise. Any answers , names or relatives I might stumble upon wouldn't strengthen my bond to my birth country--- instead it would serve to strengthen a part of my other identity. The one linked to my adoptive parents which in a way also would help me to discover my own identity.

Many years would pass before I would feel interested and curious enough to start another genealogy search, I suppose it had to do with how my own reunion with birth family progressed and slowly developed. ..
So it wasn't until  my reunion went into the post reunion phase I felt like a big part of my identity , finally was resolved. The choice I made was to try to trace my dad's paternal line something I was curious and intrigued to do-- knowing what answers my last genealogy search had found.

I begun my search by looking into my dad's maternal line which proved to be very confusing but which clearly told me my dad's maternal ancestors were Finnish from a very small island located between Sweden and Finland (which nowadays have muncipality). The search ended somewhere in the 18th or 17th century and now the only option if I wanted to try to move further back was to travel to Finland and look in their archives there.

I never did that, dad said he would but so far he never has to be honest I'm not really sure how interested he is in genealogy research. I thought he was, but I know my paternal Uncle is when dad failed to find the time or interest for it my paternal Uncle became a big support almost as anchious ---if not more to try to find some answers, and some names.


After some time I decided to focus my attention my dad's paternal line which seemed to be very difficult, if even possible since my dad and his brother had heard very little of their grandfather's relatives. Even so I wanted to see if it was possible to search for anything. In the beginning at first glanse everything seemed allright. But then my dad told me of a rumor he had heard during his childhood that his grandfather was raised by other people than his parents. 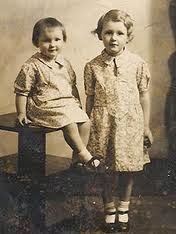 Tracing my great grandfather's parents and date of birth it became very confusing, I found the same person on several different places --- with different parents and birth dates. After doing some more research one of the details I had lead me into discovering where my great grandfather actually was born. He was born much earlier and then placed in an orphanage or institution for children without parents. In ten days he had already found someone to care for him and the day they took guardianship of him was the day that was to become his birthday.

For his entire life he didn't know that he never got to celebrate his birthday on his actual date of birth. Even the birthdate on his tombstone is incorrect--- the reason for that is that he lost the only person that could tell him of his real birthday. Since he also stood listed as a foster child not adoptee (we didn't have actual adoptions until much later) I naturally wanted to try to search for his parents. Finding the name of my great grandfather's mother was very easy but there were no details at all about his father. 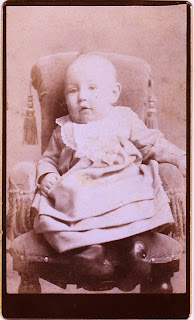 I recieved some sort of confrimation or recognition -- or something once I realized my dad's paternal grandfather had been an orphan too, raised by strangers possibly feeling all the feelings I have done. The feelings of rejection, of being unwanted and not knowing who you are. Unlike my great grandfather who were a real orphan I on the other hand wasn't I still had my own birthparents alive. Knowing this I feel like I've got confrimation on my Korean identity and also the Swedish side. Both of them are needed to create my identity in conclusion I'm neither Korean or Swedish but a mixture of both.

When I proudly tell people-- friends or acquaintances about my findings in my mum's and dad's family tree. The reaction I recieve is both hurtful and confusing. Suddenly my parents aren't my real parents, this is hurtful because--- in so many other situations the adoptive parents are seen as the real parents--- even if everyone knows they aren't. How many times haven't I heard statements such as they're not you're real parents you know, I can still recall a classmate from High School who decided to remind me that my mum and dad weren't my real parents. I was incredibly hurt by those words, I can still hear them today whenever I think back on it. That class, that schoolday, the remainder of the week almost an entire month after I was unable to focus on my schoolwork and to be myself. I eventually recovered but the scar in my soul remains...

The thing is adoptees are not recognized as the adoptive parents child--- not really, despite the legal process fees and approvals, it's the people around us in our daily life that still labels us as different and not real. However when it suits, society in certain social situations--- we're supposed to feel, think and behave as our adoptive family, forgetting any past memories of our life prior to adoption.