Choosing Adoption. Or not. 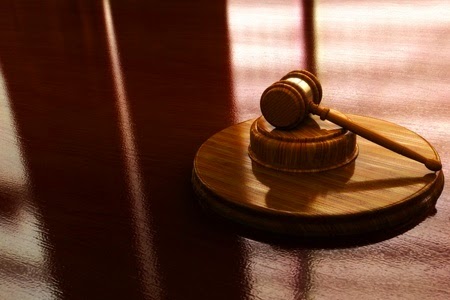 Most people would respect an individual (child, teen, or adult’s) choice to enter into an adoption contract as their way of being included with another person or a group of people with whom they would desire legal and social recognition of being a family unit. Today I’d like to look at the flip side of that – the idea that some adult adoptees would prefer to no longer be legally & socially connected to an adoption contract someone else made on them as children. I support the concept of adult adoptees having the option of removing themselves from an adoption once they are of legal age. Obviously not all adoptees will choose this route and that’s ok. There are valid reasons for those who do desire this, and they currently only have the legal options of either being adopted by someone else OR of changing their legal name to something else. Neither of these options is adequate in all cases. Let’s consider why some adoptees may be interested in more options, what this concept might look like, and the points for and against it.

It is generally agreed that all children deserve to be in safe, loving homes, preferably with their natural family members. When that’s not possible, then alternate arrangements need to be made for them. (This does not have to be legal adoption as currently practiced in the USA, but for this essay, let’s assume it is). Because the law recognizes that minors are not yet fully competent, they cannot sign legal contracts or decide their own custody matters. Their parents may sign for them, and we have courts that decide custody on their behalf. Sometimes that involves assigning strangers to raise a particular child. Sometimes the courts get it right. Sometimes they get it wrong. Sometimes the adults assigned to children are not people that child, once grown up, would want making important legal, medical, or financial decisions for them or caring for their minor children should the need arise. Once an individual is no longer in need of the courts or their parents to make decisions on their behalf, by virtue of being no longer incompetent by reason of minority, they should, by all rights, be entitled to take over making decisions for themselves. It is common knowledge that adoptive parents, who willingly entered into adoption situations, opt out of them frequently, always at their own discretion, if they feel the adoption arrangement is not meeting their own needs. That option is not ever available to the minor adopted child, who has no choice, regardless of whether they feel the arrangement is meeting their needs. To be fair, that option should be available to them as adults.

What is stopping adoptees from doing this now? The prevailing legal belief is that adoptees are not a party to their own adoption, only the parties who originally brought the petition to court are. An analogy would be that a consumer may return an item they bought back to the store if they are displeased with it for some reason, but the object may never return itself, no matter how displeased the object may be with the arrangement. Therefore, adoptees are but legal chattel with no say in what happens regarding their own adoptions. This needs to be challenged. Nowhere else in law are competent, adult citizens permanently legally bound to contracts they did not sign and do not agree with.

How do I envision this happening at the adult adoptee’s request?

1) They would have the authority to go to court on their own behalf to get out of the adoptive status that was involuntarily conferred upon them as a child.

2) Their amended birth certificate would then be permanently sealed, and they would revert back to the default one - their original, one, true legal record of the facts of their birth from that day forward. (The same thing happens to adoptee’s ABC’s when it’s the AP’s idea to throw the adoptee back into the system & dissolve the adoptions for any reason. The adoptees’ ABC’s are sealed & they automatically revert back to their true OBC, as it should be, thereby totally freeing them from any further legal adoptive status altogether. It shouldn’t be any different for adult adoptees). The returned OBC shouldn’t have any big, nasty stamps all over it indicating adoptions took place, or illegitimate birth, or unofficial record of birth, or any other unnecessary stigmatizing remarks as has been the historical practice. There would be no requirement to be adopted by someone else first either. Some adoptees want to be UN-adopted, not RE-adopted. (More on this point later).

3) This would create an “ex-adoptee.” All parties would be relieved of any further legal responsibilities or entitlement to/from one another.

4) The relationship that already naturally exists between the ex-adoptee & their natural family would again become legally recognized like any other family. There would obviously be no legal or financial responsibilities, no child support, etc. required of any adult. To use a marriage annulment analogy, the bride reverts back to her maiden name & they both revert back to their previous, single status without any need for additional court proceedings.

5) The former adoptee would be advised which legal steps to take to reflect their new choices with respect to name changes, wills, custody of minor children, medical power of attorney, etc.

While parental rights & responsibilities typically end for all parents when the child reaches age 18, that does not go far enough for some adoptees because it does not change filiation. Neither does moving away or changing one’s name. Considerations such as claims to child custody, inheritance, or authority to make medical decisions on the adult adoptee’s behalf could still be factors for them. They would still be legally connected to people who would continue to have a legal say in the event they were incapacitated or if they should die prematurely. In some cases a clean break is what is best for the adoptee. Let’s remember that adoption was meant to be in the adoptee’s best interests before anyone else’s, not just when they were children, but long-term as well.

Further comments on inheritance - All people are free to leave whatever they want to whomever they want. It is especially important for anyone affected by adoption (or UN-adoption) to make sure their will accurately reflects their wishes. Everyone needs to put that in writing in their legal will. Legal default formulas on how estates will be divided up are only utilized when no legal will was left by the deceased. There is no law requiring anyone to leave anyone anything. Many adoptees can attest to receiving less or no inheritance from their AP's. Adoption neither guarantees an inheritance to adoptees nor prevents anyone else from bequeathing to them either. Adoptees seeking to terminate their adoptive status presumably understand they are both terminating any adoptive default inheritance to which they may otherwise be entitled, as well as severing any adoptive relative's claim on their own possessions. Many adoptees I know do not expect anything from anyone, and then plan their life accordingly.

Some of the comments I’ve heard on the topic of adoptee annulment will be addressed next.

“If the adoptee doesn’t think their adoption is working out for them, why doesn’t the adoptee just get re-adopted by someone else?” They can if that’s what they want to do, provided there is someone else who wants to adopt them; however, my point is that should not be necessary any more than requiring someone to get re-married first in order to get out of a bad marriage. They can simply end the marriage and not be married anymore. Adoption is more like an arranged marriage, where a child bride has no say in her participation in it and is obligated to remain in it forever, never permitted to really run her own life as she sees fit. Like marriage, the legal state of adoption should be optional for any adult, not required. Adoptees should be able to end it if they want out. Being re-adopted does not even restore the original birth certificate as the legal one, and the adoptee is still an adoptee. Being RE-adopted is not the same thing as being UN-adopted. Not everyone wants to be an adoptee forever.

“But the non-adopted can’t do this, so adoptees shouldn’t either.” That’s akin to complaining that single people don’t have the same right to get divorced that married people do. Well, they can divorce, but they have to go through the legal process of getting married first, right? Until then, there is nothing legal to UN-do. The option to get out of an adoption would not apply to them. Of course non-adopted adults do have the same options to be adopted by someone other than their natural parents if they want. In some cases, minors can become emancipated from their parents too.

“Shouldn’t adoptees need their adoptive or natural parent’s permission to have themselves un-adopted?” No, it is not required for competent non-adoptees to have their parents continue making legal decisions for them into adulthood. It is inappropriate to require that of adult adoptees. By recognizing the adoptee’s legal competence by having an adoption annulment option, we would also be removing the associated requirement that adult adoptees must live in a perpetual state of childhood, incapable of deciding this for themselves.

Until society provides better options than adoption on a wide scale for all children in need, I’m going to support empowering adult adoptees with the annulment option.

julie j is an adult adoptee who was stolen from her family as a young child. She was in American foster care in the early 1960’s and then later illegally adopted. She has happily been in reunion since ’93, thanks to ISRR. She recently acquired her OBC through a court order :) julie j is a wife, mother, business owner, family preservationist, activist for adoptee rights, child advocate, and adoption search angel. Her other interests include reading, theater, genealogy, music, games, & working out. One of her future goals is to become a CASA volunteer.