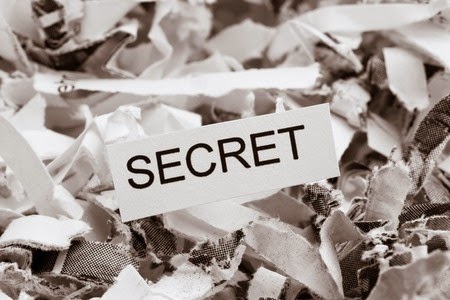 I’m writing this as an anonymous guest post for several reasons. First, I believe this would really hurt the people who love me and think they know me, including my parents and husband. Second, I believe that I would be judged harshly and I don’t have the energy to deal with that. Third, I don’t want to alarm anyone.

I’m a model of citizenship, success, and happiness. I have a rich marriage, beautiful children, and a fulfilling career in an industry that I feel really makes a difference in the world. I am highly educated and meet every benchmark of modern success. I also write about adoption topics because I am at peace with my journey out of the fog and hope to be some help to others who are still on a journey, whether adoptee or someone who cares about an adoptee.

In real life, I’m about as normal as they come. Most people would describe me as well-adjusted and happy. Many people in many different circles of my life have told me how much they admire me. These are family friends, personal friends, professional colleagues, and beyond.

I’m an adult who was adopted internationally at an older age. Not old enough to remember my first family and country, but not young enough to have completely forgotten them either. I was separated from my family at an age when it had a profound and lasting effect on my emotional development. I was adopted into an amazing family who provided enough love and stability that I was able to develop reasonably normally. I was encouraged to forget the past, and on the surface level I obliged.

Inside, however, I have terrible secrets. I can’t know if they are normal or not – maybe they’re the types of things that everyone else thinks and feels but doesn’t dare to say? And if they’re not normal, I don’t know if I’m just wired abnormally, if I developed abnormally as a result of those early experiences, or some combination thereof.

These are my secrets.

I don’t feel love. I was a teenager when I realized that I felt no emotional connection to those who I’m supposed to love most. I imagined my parents dying, really tried to believe they had died, in an attempt to elicit a sadness emotion but I felt none. I married a wonderful man, quite a catch, who I don’t love emotionally. He often senses my lack of affection, and I feel sad that I can’t love him. He is full of love, and I am full of logical reasons why we should be married and choose to be happy. Love is not one of them. To my parents’ credit, they modeled love well enough that I can mimic those behaviors and fool most people. I think I do love my children as much as I’m capable of loving anyone, but my next secret might make you question that.

I have been tempted to walk away from everything. Occasionally I travel internationally, and more than once I’ve thought about just losing my passport and all identifying information, and just walking away. I think people would be sad for a little while, but everyone gets over the loss of someone else in some way. I think I have a basic belief that I’m not intrinsically valuable, that I’m interchangeable and replaceable. I don’t think this intellectually, but maybe I believe it emotionally anyways. I’ve dreamed of being free of all the expectations and burdens of this perfectly successful and normal life. I’ve dreamed of being as cold and crazy and true to myself on the outside as I sometimes feel on the inside. I have dreamed of disappearing, of forcing all my family and friends to move on without me

There are times when I wish I didn’t exist. I don’t mean that I wish to die, but to simply not exist. I think because I don’t feel love, I experience a self-imposed isolation and unbearable loneliness. I’m old enough to know that I’m past the age that I can learn to love, and that I’m just made badly. I also believe that most of the people who love me have experienced more pain because of my existence. Sometimes I imagine driving off bridges or into trees, and it is a very thin glue that holds me from it.

I often feel that these struggles are meaningless. Sometimes they are too heavy for me. Of all my secrets, this is probably the most dangerous, and thankfully the least recurring. As long as we can find meaning and gain strength from the struggle, then we can choose to move forward. Meaningless translates to hopelessness, and when hope is gone then there’s really nothing left. While I think it would have probably been easier for so many if I had never been born, the immutable fact is that I was born, and so were my children. And they are the reason I find meaning in anything, and that must mean I love them.


You might think it’s selfish of me to feel the way I have stated, but how can a person change their feelings? I behave in a way that no one would guess how I feel, and that’s how I try to be selfless.  You might think it’s indulgent for me to confess my secrets here, but I hope you’d be wrong in that thought. When I started writing my thoughts and feelings about adoption, I found that there were many aspects of my experience that others related to or learned from. Although I thought I was the only one, after saying (or writing) the words, I found that they resonated with so many others! So maybe you have felt this way too, and you are really not alone in it.

Or maybe someone you love feels this way now, and they have no way to let you know. I’m sure they wouldn’t want you to know. But remember this could be your sister, or your wife, or your daughter writing these secrets for you. What could you possibly do in the face of such heavy secrets? Be patient. Keep reaching out, even when they can’t reach back. Make their world safe.
I’m a model citizen. I am well adjusted, successful, and happy. Nobody would guess any of these secrets about me either.
Posted by The Lost Daughters