Adopted and Living Beyond Self

“Above all the grace and the gifts that Christ gives to his beloved is that of overcoming self.”
~Francis of Assisi


Becoming convinced that a closed adoption is a conspiracy designed to harm the adopted would not be a difficult conclusion to come to. After years of searching and asking for information and being denied by family members, agencies and institutions, it's not a stretch to view the players of closed adoption as those who are looking for any way they can to make the adoptee's life difficult. Just the issue of still trying to get your Original Birth Certificate at 48 years old lends itself to the train of thought that some people are out to get you.

I believe with some, it's more of a case of apathy than attack. Nevertheless, apathy can leave a terrible ache. Millions of people are apathetic about why adoptees need their OBC's because among other reasons,  they don't see what the big deal is. This is the case with most anything that doesn't apply to oneself. When only thinking of yourself, you generally fail to see why things are important to others.

Contemplating this for thousands of hours regarding closed adoption, I have come to the conclusion that it's not a conspiracy or attack, but simply a case of people thinking about themselves.

Our stories are not identical. There are some adoptees who have been terribly and intentionally abused. Their situations are far more complicated and my heart goes out to them. Regarding my adoption, I know there was no conspiracy on anybody's part to hurt me.  I don't believe anyone ever said, "Let's see how we can harm this baby girl and make her life difficult." It appears most decisions were made to absolve, unburden, bless or fulfill the other players at the table in some fashion.

Among the plethora of other adoptee fantasies I've had over the years, I imagine myself in a bassinet alongside the table crying as they made these decisions. But who am I kidding?  Not only wasn't I at the table. I'm sure I wasn't even in the room. I had absolutely no power in the signing of a legal contract that was all about me, and yet at the same time, not about me at all.

I didn't sign the contract.
But I still live out the decisions of that contract, 48 years later.
Every. Single. Day. Don't try to tell me I'm not still adopted.

Everyone from my natural mother to my adoptive parents, to the adoption agency did what they thought was best for them. And I was caught in the fray. (And sometimes when it comes to natural family/adoptive family -- still am.)

My natural mother told me shortly before her death in 2013 that she, "Didn't want to start her life with me." [She was referring to her adult life, having just turned 20 years old at the time of my birth.] At the same time, my adoptive parents desperately wanted a baby to fill their empty arms and hurting hearts.  The adoption agency was given the task of placing me -- one of their 12,500 adoptees...just one of the products of their self-declared 114 year legacy, in keeping with their mission, vision and corporate goals.

There is a difference between people desiring to do what they think is best for them, versus people intentionally harming you. I realize there is an element of pain in both scenarios but the former is nevertheless easier to come to terms with, at least for me. It is a small and yet strange comfort to know that in the decisions that were made, others weren't trying to hurt me, they were just thinking of what was best for themselves, or the organization.

I'm not sure whether that will be key for any other adoptee in their healing process, but for me it's pretty big.

It was an ache in my heart for so long that my adoption seemed to be about everyone else, particularly when I tried to find out the truth as I became an adult.

What was I to do with that ache?

It's an ache that still tries to rear it's ugly head again every time I'm denied a piece of personal information. Every time a family member, agency, or government office refuses to tell me the truth, it reinforces that my adoption wasn't and still isn't about me, after all. It has always been about protecting, preserving, empowering or blessing somebody else. Otherwise, I'd have basic information about myself that non-adoptees have, and nobody would be denying or hiding anything.

It's an ache I can let remain.
I can accommodate the ache and let it fester.
Or, I can be empowered for change.

Whenever I go to a conference, I feverishly write down "take-a-ways" and try to learn all I can. We can do that with life in general too, looking for the take-a-ways from everyday observations.

The takeaway for all of this for me is that living my life striving to do only what's best for me, is a shallow, not to mention harmful way to live.  Living life from the standpoint of "what's in it for me?" as I make decisions is hurtful to others whether I intend it to be, or not.

An unintentional hurt is always better than an intentional one. But do I really want to create either?

Self care is important, good and noble.
Self absorption is not.

Arriving at this thought about my adoption has prompted me to take inventory of who and what I'm living for.

As a Christian, I strive to live for God. But I admit, many times I choose things simply because they are best for me.

Sadly, I have sometimes chosen something in my marriage, as a parent, as a pastor or a friend, because it's best for me - with less regard for others.  And there are times I have not only failed to live for God, but left him completely out of my decisions.

It's a time of introspection as I enter the new year.

For me it goes beyond my usual new year's resolutions to eat less and move more.

To fit into a dress three sizes smaller.

To finish the Christmas shopping early and not be so frazzled, like I tell myself I will do next year, every year.

I want to give more than I ever take, and think of others far more than I think about myself.

My prayerful desire this year is that with every decision I make, I am mindful of how I can help others.

I can't change what happened to me in the past, but I can change how I live out my present and future.

I want to live my life for the betterment of others and resist the pull to think, "What's in it for me?" whenever something comes up.

Because "what's in it for me?" has resulted in countless casualties.

A life well lived is one where we have lived beyond ourselves.

It is also a key to our personal peace.

"When you've seen beyond yourself, then you may find, peace of mind is waiting there."
George Harrison 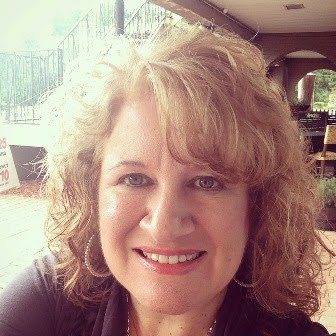 Deanna Doss Shrodes is the spiritual columnist for Lost Daughters. She is a minister with the Assemblies of God and has served as a pastor for 27 years, along with her pastor-husband, Larry whom she met at the University of Valley Forge where they were both preparing for pastoral ministry. Currently she serves as Women's Ministries Director of the Pen-Florida District of the Assemblies of God. Deanna and her husband have been married for 27 years, have three children and live in the Tampa Bay area where they serve as lead pastors of  Celebration Church of Tampa. Deanna speaks at churches and conferences internationally and is also an accomplished musician, and certified coach.  She is a contributing writer to Chocolate for a Woman's Courage, a contributing author to five adoption anthologies, and the sole author of JUGGLE: Manage Your Time, Change Your Life! and Worthy to Be Found, both published by Entourage Publishing. Adopted in 1966 in a closed domestic adoption, she searched and found her original mother, sister and brother and reunited with them in 1993.  She is still searching for her paternal family. Deanna blogs about adoption issues at Adoptee Restoration, and leads a support group, Adoptee Restoration Tampa Bay, for adoptees in the Tampa Bay area.
Posted by Dr. Deanna DossShrodes