When Parenthood is Triggering for Adoptees: Sharing a Meal with My Daughter 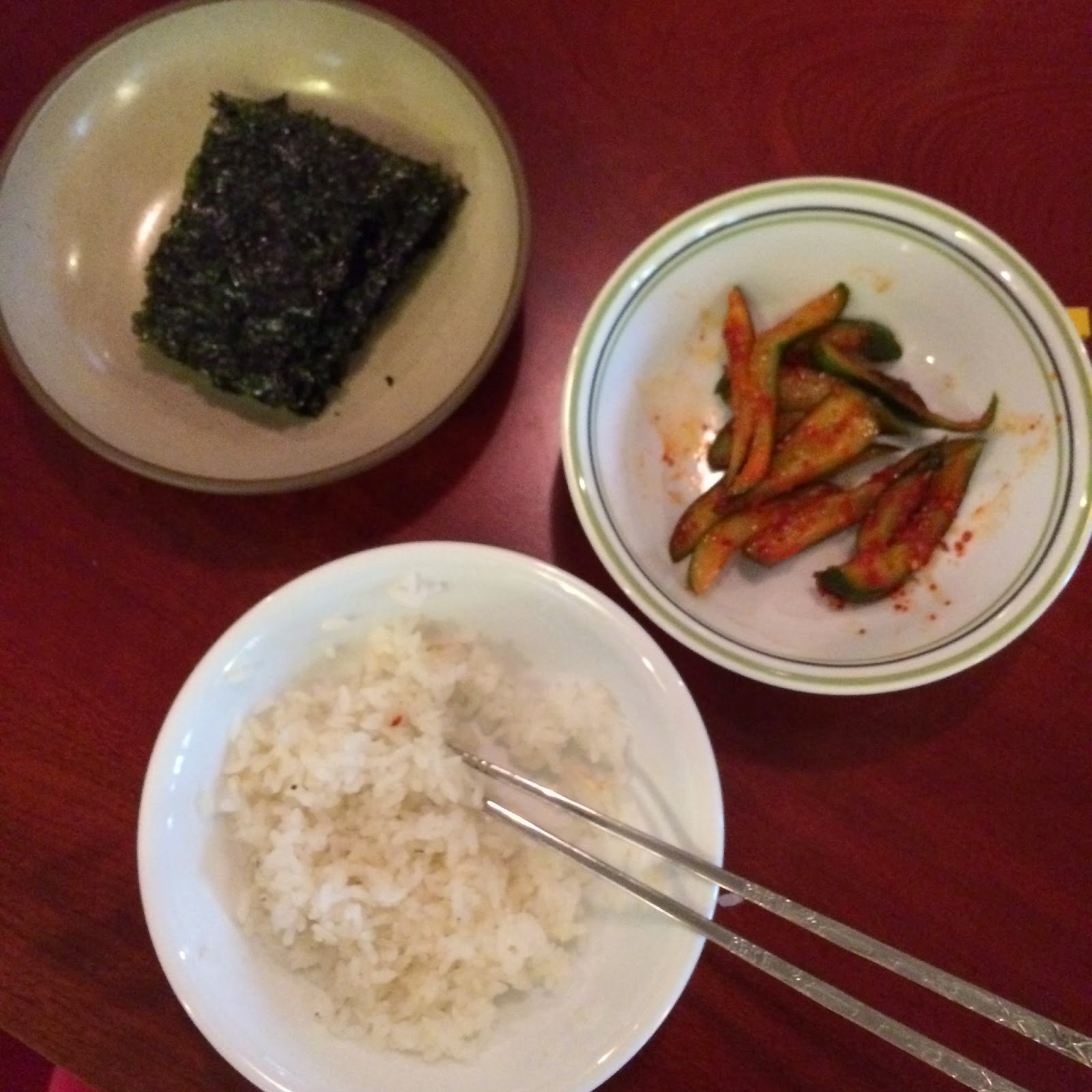 This is just another mundane food photo to most.


But for me this photo represents a powerful moment that I shared with my daughter today--because it was a moment that my Omma and I lost forever, a moment that was erased from our relationship before we were ever able to begin. A moment that is easily taken for granted:


My two-year old daughter and I sat side by side eating lunch together.


A very simple Korean lunch that consisted of nothing more than bap (rice), kim (seaweed), and spicy oi (cucumber). As we ate, I spoke to her in what little Korean I know and then heard her repeat back to me with her sweet little mouth, over and over, “Mani, mani...kim, kim...bap, bap...juseyo…”


I watched her stuff kim by the fistfuls into her tiny mouth. I gazed upon her as she plopped little clumps of rice onto her tongue.


And I began to weep.


I felt a depth of simultaneous sadness and joy, loss and gain, pain and healing, grief and hope, turmoil and contentment…


Sometimes, in the smallest, most simple of moments I am blindsided by the profound loss and sorrow of my adoptedness, while concurrently experiencing an inexplicable and overwhelming satisfaction knowing that I can have with my daughter what my Omma and I never did and never will--experiencing both the ordinary and extraordinary moments of my daughter’s childhood...together.


It is in moments like the one that happened today that it felt almost as though I was my Omma and my daughter was me--and we were restoring a tiny piece of history that was thought to have been lost forever.


It was as though my Omma was sitting there with me, feeding me rice and kim and oi, speaking to me in my original language, as though I had never left Korea and my Omma had never left my side. And it almost...almost...felt as though it could have happened in this way, if only we had been given to each other at a different time, in a different Korea, in a kinder, more compassionate world.


Even though I know that my Omma and I can never get back what we have lost, it filled me with hope and relief to sit in that moment and realize that I could perhaps in some small way return to my Omma and to myself, even if only a sliver, a brief moment of the life we might have had.


These seemingly yet deceptively mundane, simple moments of sitting side by side, eating, talking, doing nothing more than existing as we were meant to be--mother and daughter, of the same blood and bone, calling out to one another in these quiet, ordinary moments.


Apart yet together.
Separated yet reunited.


May my daughter never know the burdensome duality and painful contradiction of adoptedness.


And may ordinary moments like that of today fill our lives with a long and joyful history that my Omma and I will never share.