When mothers lose their powers …

This post is dedicated to those who have wished for mental healthcare and been told there is none for adoptees unless you are the “child” or the “adoptive parent.” There are professionals available who are adoptees! The road to finding a clinician is just as difficult as the struggle, but the search is well worth it. Resources from our trip to KAAN are listed below. Seek them out. 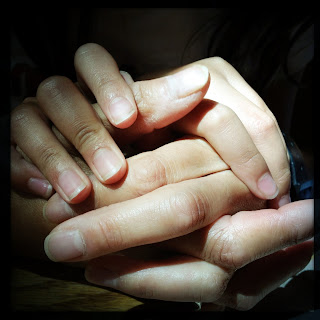 My pangs of loss came at the moment my son’s bones pushed through my stretched skin. I imagined my own birthmother feeling my bones as I traced her hand from my warm, watery sphere.

That moment was only a glimpse of the indescribable beauty of seeing my son emerge with the same square-mouth cry that I had been told I had since my first memories. I had never seen myself reflected in another human being, though I was 32. Until that point, my world consisted of red-headed women, Gonzo girls and the Cocke County Fairest of the Fair.

At fourteen, I locked my adoptive mother out of my thoughts. The world and its realities came crashing in, and I was ill-equipped. Therapy in those days was taboo. Asking for mental healthcare was admitting failure and in the South, telling our small town I was “downright crazy.” My mother had been “locked up” for a couple of months, and pity visited our home.

As afternoons of Depeche Mode, journaling and sleep continued, my mother fretted. She read articles on depression and watched me closely. Teen suicide graced the covers of magazines and became the subject of afterschool television; I learned various ways to end the pain … pills and cars in closed garages.

Yet, I found solace in my writing. My pain poured out on the pages of Sanrio notebooks, but my adoption identity vocabulary was lacking. The pages filled with anger and bitterness. I wrote my mother a letter saying, “I wish you had never adopted me.”

In my children, my life unfolds in reverse. Their joys are mine; their losses are mine. Their experiences often play out for me as if in déjà vu. With them, the umbilical cord was never severed … and that is where my yearning for my birth mother resides.

As my son approached his teens, his safety was compromised. He spoke with me only about the isolated incidents. But as they became more noticeable and overwhelming, I was unable to insure his safety. We worked diligently with mental health professionals to gain sweet weekends … only to see the fear and anxiety creep in as the school week loomed on Sundays.

Over and over, I heard, “Kids can be cruel. If it weren’t his race, it would be something else. Everyone is picked on.” But as Robert O’Connor, MSW, recently stated, “What if you cannot melt because of your skin color or the shape of your eyes? Identifability makes the difference in being able to avoid harassment.” Our hyper-visibility is our weakness in these social settings where power games are at play.

As my son entered high school, I finished my first return to Korea since my infancy. My soul was suffering from the lack of connection to my biological family. Loss and jetlag consumed me. Meanwhile, my son was struggling with hallways full of larger kids, meaner kids, competitive kids.

One evening, a simple question became a trip to the hospital. A professional who did not know us, took away my powers as a mother.

Decisions were taken out of my hands, and in a quick 24 hours, I entered a room with a padded door, a small window and a bed where my son lay sobbing. I caressed his head as I had many times throughout his life. I only had a few minutes with him. Through his sobs, he begged me to take him home and assured me I could keep him safe. I explained that he must be brave and cooperative, and that I would work tirelessly outside that room to get him released.

As I walked away, I felt weak and clammy. My heart was being ripped from my chest. No mother wants to give the care of her beloved child to strangers.

In walked my birth mother. I felt that pain that I imagined she owned to this day. Slowly, I walked toward the door, my back became her back as I attempted to hide my sobs of sorrow and shame.

All the years of thinking I was doing a great job as a mother were tossed and broken. Never will I be able to give advice to another parent. The confident days of toddlerhood are over, and his adolescence reveals behaviors that I exhibited too. While they may seem like “normal” teenage behavior …

I remember my behavior …
… dying my hair
… laughing uncomfortably
… carrying a pocket knife for protection.

In moments of anger, all teens will say hurtful things. As I used, “I wish you had never adopted me,” my son has blamed our unknown biological family for his insecurities.

He is searching for his place in the world and his identity in it. I am reformulating my place and identity as well.

My daughter worries as I exhibit the telltale signs of identity search … “you, and your loud music and tattoo shopping” she says. I am not the mother either of my children once knew.

My year has spiraled, but I am still here. Shaken, but supported by a therapist, despite the loss that adoption has given me, despite my loss of control as a parent, and despite the loss of my remaining parent.

This coming year promises new discoveries as we venture as a family to Korea for five months. Those connections I lost long ago reside in Korea. If I cannot quench the desire to find my biological family, I can at least satisfy cultural curiosities.

Please refer to these clinicians, who are adoptees, for more information on adoption loss in children and adults.

Feminist columnist, Rosita González is a transracial, Korean-American adoptee. She is married to a Brit who refers to himself as an Anglo-American and is a mother to two multiracial children. Rosita was adopted in 1968 at the age of one through Holt International. Her road has been speckled with Puerto Rican and Appalachian relatives and her multiracial sister, the natural child of her adoptive parents. While quite content with her role as a “Tennerican,” her curiosity has grown recently as her children explore their own ethnic identities. She considers herself a lost daughter, not only because of the loss of her birth family, but also because of the loss of her adoptive parents. Rosita embarks on a five month stint in Seoul, Korea in fall of 2015. Follow her adventures as an adoptee on her blog, mothermade.