The Journey of Searching 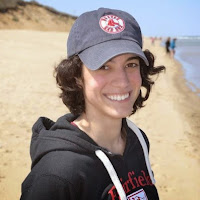 One of the things I learned early on is that when someone finds out you’re adopted, the first question they usually ask is “Do you know your birthparents?”, followed by “Are you ever going to search for them?” if you answer no to the first question. So most of my childhood was spent contemplating that very question. Would I search someday? Did I want to? What if I didn’t like what I found? What would I find? What if I looked and couldn’t find anyone? What would I do then? I spent a lot of time wondering about these things, usually without ever verbalizing any of it. My friends weren’t adopted like I was and they just didn’t understand. I didn’t want to “hurt” my parents or family members by bringing it up to them. My sister and I never really talked about it because I was never really sure how she felt about everything and it was just easier to pretend it wasn’t the giant elephant in the middle of the room.

So I thought about these things in the quiet of my bedroom when I couldn’t sleep; and when I had nobody to sit next to on the bus; and when I was washing my hair. Pretty much whenever I was alone. I daydreamed about all the wonderful things I might one day discover, and had nightmares about the other possibilities. At one point I was convinced my natural mother was a crack addicted whore and my natural father was someone I would never want to meet, because what good guy sleeps with a crack addicted whore? Never the less, I always knew in my heart that I would search. I just wasn’t sure when.

Off I went to college and generally had a good time. Meeting people who came from all over New England, and in some cases the country was harder than I thought it would be. Dating was a particular challenge and I grilled my boyfriend before we started dating to make sure that we weren’t somehow related (knowing that it would be very hard for me to be 100% sure). Every time I’d learn of someone from near where I grew up, I’d wonder. And I’d think about that all important question. When?

The summer between my junior and senior year, a cousin girls’ night took a turn. My cousin started asking questions. Only this time, my sister had answers, answers I’d never heard before. It turns out a few years before she’d found our adoption files in the back of the file cabinet. I’d checked that same file cabinet once, but felt so guilty about it I pulled open the wrong drawer and never checked the files lying at the bottom in the back. My sister has more courage than I do, so she pushed forward.

A few days later we found the folders together and read through everything on the floor of my sister’s room. It hit me hard. Here it was, information I’d been wondering about my entire life. My natural mother was NOT a crack addicted whore. She had a decent job. She’d done a few years of college. Her father was an engineer like me! My natural father was in the service. He filled out his own paperwork so even if I was the product of a one night stand, he wasn’t some unknown. And I had their first names and birthdates. I had enough to search if I wanted. And I knew I’d find something. It was a lot to take in.

From August until January I did nothing but think about what I wanted to do. I tried a few Google searches but my heart wasn’t in it. I really struggled because honestly, I wasn’t sure if I was ready. I always knew that I’d search someday, but I thought I’d have more time. I thought I’d be older. And then all of this information was handed to me without a lot of guidance, and I felt like I couldn’t sit on it. I had to know.

I woke up at 4am one day and a switch was flipped. I searched in the middle of the night and had my answers the next day. I wrote a letter and sent it off. A short amount of time later (which felt like an eternity), I had a letter response. I threw it in my bag and went to class. My best friend told me I was acting weird at lunch and I confessed what I’d done. She actually opened it and read the letter first. I skipped the rest of my classes for the day because it was a lot to take in.

My reunion roller coaster started shortly after. It’s been almost six years at this point and honestly it’s still going. The reactions of those who know about me have been varied. I have wonderful relationships with some of my natural family members and I honestly don’t know if I would have made it through the past year and a half without them. Other family members present slightly harder and more challenging relationships, but we’re working through it.

Most of my reunion has been me searching for my natural family and finding them. I do have relatives who found me thanks to DNA testing. It was a different experience for me. I was in control of my other relationships, the finding, the reaching out, and the timing of it all. In this one situation, I was not in control. At first I was unsure of the timing when I found out my relatives wanted to meet me, but I decided to go for it and I’m very glad I did. It was different but in the end, it was actually sort of nice. I knew my relatives wanted to be in touch with me and that took a whole layer of uncertainty out of our reunion because off the bat I knew it was what they wanted. They didn’t want to get to know me out of obligation or because they felt they “owed” it to me. They wanted to get to know me for their own reasons. And it was nice to feel wanted. It was nice to feel sought out.

It hasn’t been all rainbows and unicorns, but my life is far richer and more complete since searching and being found. I know so much more about myself now and I appreciate my history. Instead of question marks every time I look in the mirror, I know my answers. I wouldn’t trade my reunion for anything and even when I discovered things I didn’t like, I still prefer it to being in the dark; my life is so much better for it. I’m also thankful for the easy search and that I didn’t have any doors slammed in my face. I consider myself one of the lucky ones!
Posted by Jenn