It’s been almost a year since I boarded an airplane after being interviewed by a reporter about my trip to Haiti.“How are you feeling?” he asked me. I took a deep breath, trying to put together a coherent sentence. I did my best to not look directly at the camera, and I tried to speak clearly and slowly, filtering my words before they reached my lips. As I spoke, travelers passed us, craning their necks to see the spectacle in the middle of the airport terminal.

I remember telling the reporter that I was nervous. I told him that that day would be one of the most important days of my life outside of my wedding day and my children being born. And it was. When I met my mother and my siblings after being separated for almost 30 years, it opened up a part of myself that I had long closed off. I had stopped believing that I could ever find my family. I had stopped believing that my parents were alive.


I spent that week in Haiti visiting my mother’s house, celebrating her 70th birthday with cake and candles, and taking pictures and videos to show my own kids when I went home. At the end of the week, I told the reporter that I felt an overwhelming peace. I finally felt that I had found the rich, dark soil that I could bury my roots in.

And then I went home. I went back to my “normal” life with my husband and kids, and the first few days were the hardest. I came back on a Friday afternoon, and spent most of the weekend in bed. Partly because I was so tired. I had barely slept while I was in Haiti - the heat and my thoughts had kept me up every single night. But I stayed in bed mostly because I wanted to hold on to the experience for a little bit longer. That week in Haiti still felt like a dream, and I felt like if I had to resume everything right away, none of it would be real.

In Haiti, I was my mother’s daughter, the sister who had returned after almost three decades. I spent the week trying to fit into a role I had never known. Back at home, I went back to being a wife and mother, but I constantly thought about my family, especially my mom. But it wasn’t the same feeling of loss that I had known before. Now that I had met my mom, saw her face, knew the sound of her laugh, I saw myself in her. I missed a piece of myself that I had to leave back in Haiti.

As the weeks and months went on, I accepted a new normal. Even though I was a short plane ride away from my family, we were still separated. But we found ways to be in each other’s lives. Throughout the year, I maintained communication with most of my siblings through texting. We sent each other messages, pictures, and updates on our families.

This past year has been challenging at times. Truthfully, there have been days when I have questioned my decision to search and share my story. My life wouldn’t be as messy, as public as I have made it. But then I think of the old ache that I used to carry around, the desire to know who I was, and I no longer feel that ache. There is a freedom in knowing my history, knowing the names of my grandparents on both sides, adding my own children to the branches of our family tree. And I hope that in sharing my story, someone will one day be able to have that same experience.

Ultimately, my reunion means that I am no longer dependent on others for information about my adoption and my family in Haiti. Reuniting with my family has allowed me to communicate with them on my own and at my own pace. My reunion has not solved all of my problems. It hasn't magically made my life perfect. But I am thankful. When I step back and look at the events of the past two years, it still feels like a miracle that we found each other. 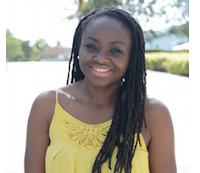