I have been rejected twice in my short life, it all begun when I was born or even before my actual birth. My maternal grandmother rejected me decided that I was not know my blood relatives. She thought that six young daughters was enough, a married woman with no son was worth next to nothing. The husband had reason to divorce his wife should she fail to give birth to a son. It was told to me years later that since my birthmother was dying they all feared she would not survive.

At the time of my birth social workers and adoption agencies fully covered the birth mother's medical bill for her treatment and it is a fact that my birth parents were empoverished when I was born so I suspect they needed the money more than another mouth to feed. Easy solution I get a better life and my birth mother gets treatment and can focus on the daughters' that she has.

They say Korea is hierarchial society and that may be true, but a woman who has given birth to eight children is the matriarch in her family. I learned this just recently after my second trip back, my mother has advised everyone to give me a cold shoulder, I longed for her love and confrimation yet now when we have met she is choosing to dishonor me. Perhaps I was not what she imagined, maybe she believed I was more like her and less Western. Fact is that I was raised in a Western country and people generally believe Europe and Scandinavia is an affluent part of the world, and supposedly it did not help that my birthfamily already was familiar with the Western world since one of their daugthers married a European, settled in Europe and raised a family.

Unconciously, I believe that they assumed I was the female equivalent of my older brother-in-law, it is true that I may have had something similar to material wealth but my APs were never rich. Yes, it does cost a lot of many to adopt and my parents did it twice. But my APs belong to the middle class not even upper middle class. Both mum and dad have since long retired and me and my (adoptive) brother still struggle with trying to finish our upper studies.

My birth father was a warm, generous, caring but timid man. It hurts me to think that my father might suffer and secretly still want to maintain in contact. All of because of my birth mother and his wife, we cannot.I realize now that I have always missed the unconditional love from my first father, and even though my birth mother made sure that her opinion was the final one.  She has deprived me of my birth father, intially when I first initated the birth family search all I could think of was my birth mother. Since I failed to keep my end of the bargain I'm of no use to her.

I know I am fortunate for being able to locate and meet my supposed birth parents. I located my birth parents in 2004, eventually I reunited with them in 2010. Meet them again in 2011 and by 2012 the Special Adoption law was ratified to protect birth parents identites from being given to adoptees. Instead it seems like some adoptees are able to be reunite with their birth families much thanks to DNA.

When I located my supposed birth parents the scientific research was not developed for that purpose yet. Unless I have scientific proof for something I tend to disbelief it. Mom especially wants me to stop second guessing that my birth parents aren't actually my burth parents. The reason for that is that my birth involves exraordinary circumstances just as my birth mother's health has similiar extraprdinary circumstances.

Fortunately, science is availble for adoptees and birth families. However it is only recently available so the highest likelihood of getting a DNA match is if you have a birth parent with another ethnicity. Koreans rarely relies in DNA, secondly adoption is still considered a huge stigma. Statistically perhaps only a couple thousand adoptees will find blood relative from DNA.

The truth is this, I blame my adoptive mother for my adoption separation. I would have been content and happy living with my peasant birth family even if they were- and still is poor. Why do I blame my adoptive mother then? The reason why my APs decided to pursue adoption is because my A mom was infertile. My A mom reminds me of the mother that I lost and never got a chance to know as a child. My A dad would have been able to father his own natural children if it had not been for my A mom. Perhaps my dad actually has older biological children out there...

I really wish my AP's wouldn't feel like their decision to adopt me through intercountry adoption as an infant was justified. They still consider that they saved me from a difficult life in poverty without any chance of a proper education or a decent life,

Even though I most likely would have been poor, I would still have my birthparents and older siblings in my life. That's not insignificant and the importance of blood or biological ties should not be underestimated. I was legally removed from my birthparents and instead placed with strangers.

Not too long ago I spoke to my maternal grandma (I have no maternal grandmother) in my Korean family. One thing that I reacted to and noticed was what grandma said, I know she only wanted to please me and tried to tell me what she believed I wanted to hear.


You are ours, you belong to us

those words really hurt me, since I am a human being I cannot be owned. You cannot and should never claim ownership of your adopted children. I am one of Mr Park's many daughters'.

I prefer that reference over the reference that I am my AP's daughter, legally I am of course but not racially or ethnically. It never was my A mom that gave birth to me I don't share a single gene or DNA with my A dad. Biologically I still am my birth parents' daughter and I am proud to be one of Mr Park's daughters'. That's a bond that never can change or be destroyed it is sacred. 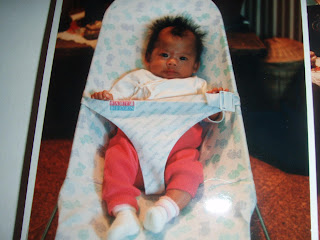 As long as I live I will keep on hoping that I somehow someday may be able to if not mend my relationship with my birth family at least get back to speaking terms with them. Hope is the last thing that abandons a human. It is possible I am setting myself up for failure and major disappointment all I could do is to prepare myself for it.

Perhaps I should consider myself fortunate, fortunate in that sense that I was able to meet "my supposed birth family" when I actually did. In 2012 there was this new Special Adoption Law established whose purpose was to protect the identity of adoptees birth parents. There are extraordinary circumstances that makes it virtually impossible for my supposed birth parents to by anybody else birth parents but mine. My APs has insisted and reassured me that I don't need a DNA test with my circumstances. I suppose I am forced to reconcile with that, for my sanity I will choose to ignore the doubt...

These days adoptees are usually reunited with the help of DNA. That way there are scientific proof that the adoptee actually are somebody's child. Recently there has been several genealogy programs that enables the searcher to submit DNA for testing in hopes of finding long lost relatives. It seems like many KADs only option to find a living relative is to put all their hopes on DNA. Since this DNA test just became available for KADs I do believe the likelihood of finding a match through identic or shared DNA is like finding a needle in a haystack. In 2002 it was estimated that over 150,000 Koreans had been approved for overseas adoption. Most likely, at best only a couple thousand adoptees will be able to be reunited with their birth parents.

Why is that then?

Even today in 2016, adoption is considered a huge social stigma for the birth families. There also exist uncertantity since it is guesstimated that a majority of those adoptions did not follow protocol. And as for domestic adoption the numbers and statistics for those kind of adoptions are even lower.
But if you happen to know that you have one Korean parent and one of another ethnicity your likihood of finding a genetic match increases.

Of course you can submit your DNA and hope to find a match, but until the database is larger and more known I don't think many will find their missing loved ones. For that to happen someone with shared or identic DNA must also have submitted their own DNA otherwise you won't get a genetic match.

As an adoptee, I am my own-besides my biological relatives there's nobody else that shares my DNA and that is a part of my immediate family. Not yet anyways. Perhaps that could explain, why I strongly oppose intercountry adoption as I am a an adult adoptee myself. I recognise that some adoptees may or may not choose to start a family from intercountry adoption. Since I have experienced racisism as a very young child and still encounter both racism, prejudices and stereotypes I honestly does not feel like adoption is a wise choice for me. No matter how you look at it, despite adoptive parents best intentions you cannot protect an interracial adoptee from racism. It really does not matter how little or how much the prospective adoptive parents tries to prepare for raising a child with a different ethnicity.

I know many APs still believe that Asians and Asian adoptees would encounter less racism than for example African adoptees. I am prepared to disagree, as long as a child doesn't share the same ethnicity as their immediate family said child are more likely to be subject of bullying, racism, prejudices and stereotypes.