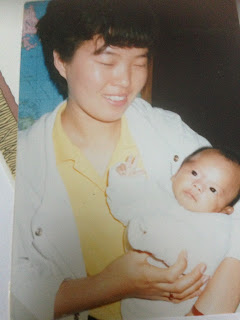 I still can't accept or prepare for my own reaction if someone mentions a completely innocent comment. One thing that really amazes me is how strict auhorities has become these days- scared to lose their job, afraid that they might do something that isn't accepted by the respected European country where I was raised.Lately it seems there has been even more restrictions to prevent a secondary person to order and retrieve items in other peoples names. That's comforting yet disturbing and ironic to me--- since my own adoption never would have happened if it wasn't for the fact that my maternal grandmother decided to sign the consent form that abolished my birth parents parental rights, placing me in the care of the state. A blood relative forged my birth father's signature , technically the document was signed by him.

It's ironic that people generally are so scared of identity fraud that the nation or most Western nations has been forced to issue even stricter laws when the thing you would assume would be the most important thing of all has little to no protection. Why is material things valued higher than a human being ... Once again I get this airie feeling that adoptees oftentimes are considered to be equal to mere items--- sometimes adoptees seems to be worth even less.

No matter how much I wish this never happened; it happened to me and I'm probably no the first one nor the last one. Until Korea changes their laws to be more strict to make it less plausible to commit fraud I think that this will continue to happen. Families will be split for several years sometimes for a lifetime.

Since Korea's official language are Hangul it means that even though a person's name may be writtn both in Hangul and in the phonetic version. People are still able to sign documents easily without having to remember how they sign it. As long as a document is signed it seems to be legally valid.