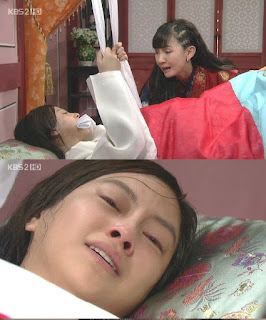 It's taken me this long to come to terms with that much of what I believed to be true probably is not in terms of my adoption. Especially this statement about my reason for relinquishment.


The child was given up for adoption because birthparents already had several daughters to raise. Birthparents were struggling to make ends met and decided it was better to relinquish her while they still would be able to raise a son.

The truth is that my gender would not have influenced or changed the fact that I was relinquished. Due to the extreme circumstances related to my birth the fate of a son would not have ended any differently. I used to be jelous on my younger brother for in a way-taking the place that rightfully was mine. I can no longer feel those feelings any longer but I will always suffer from the trauma of adoption separation and the loss of my sisters and a childhood raised with several siblings.

What difference would another mouth to feed have mattered if a family already had exceded the accepted number of children ? None and everything. Truth is that if that statement had been true its likely that my birth parents would have relinquished more than just one child and it probably would not have been the youngest at time-and they would definetely mot have chosen to add another baby if the simple reason was for econmic reasons. Why would my birth father have been able to visit the adoption agency to try to take me back-only to discover I legally no longer was theirs? Would he have used his connections to try to find out where I was sent and more importantly how was he able to find out what country I was sent to ? Would a parent have behaved like that if they only saw children as an economic burden as well as a necessity ? I truely believe my birthfather acted out of love just as I believe my birth mother was prepared to have a large family. I still hold my maternal grandmother responsible for my adoption, there has to be an extremely good reason why my birthparents decided to disown my mother's side of the family. What those reasons are I will most likely never know-perhaps her crime was that she decided I was to relinquished for adoption but there probably was more than that perhaps it's reasons that are connected to my birth and my adoption.

Yet I still fear pregnancy or more importantly childbirth, especially since my birthmother was on the brink of death as she gave birth to me. Then again I am not my birth mother, its no longer the 80s and I probably will not give birth to as many children as she have.


So far I have only experienced one side of loss from adoption trauma which means I'm very reluctant to raise a child all by myself without another parent. It's not nothing wrong with that, but I have my reasons for not wanting my child to experience the loss of their mother or to be born in posthumous birth and especially not a maternal death. I don't mean to say that mothers are more important than a father they both are equally as important. No matter if a child is forced to grove up with a single parent the loss of that missing parent might impact their life and shape their person and their future. I think I finally am ready to consider parenting and motherhood, given that I met the right person. Although there never are any agrantuees in life I feel like I am as comfortable in my own skin as I ever could be.

I have also been afraid of what legacy I will inprint on my child... daughters learn from their mothers... I've seen my mother as an overachiever and perfectionist for much of my life. That was how my mother was raised by her grandmother. I hope I don't walk down the same road or that my children don't mimic me as they grow up... That's the social heritage while I confess I'm also worried about my biological heritage what diseases could lay hidden in my genes... Unlike most adult adoptees I got a small part of my birth parents medical history. It involves two types of cancer, heart disease and fertility issues.

Yes motherhood, may or may not be a source of fear and worry. But I don't think it's right to say to someone that they doubt your ability to be a suitable parent for an hypothetical child. I think all birth mothers should be offered enough support and resources to enable them to raise their children. Don't threaten a young woman that she may end getting her suitability to care for a future child leading to possible loss of costudy.