Fallen Princesses: the God's Honest Truth About "Waiting" and Being "Responsible"

A couple days ago on my blog, a commenter, a few other readers, and I went back and forth in the comments section about the ethics of money in adoption, the ethics of advertising for adoption, and the ethics of adoption being put as a priority before preserving families and helping them in times of need.  Toward the end of the conversation, my beliefs were labeled by this commenter as more or less idealistic.  The commenter said I was seeing expectant mothers considering adoption and surrendering mothers as "fallen princesses," who could be easily helped to support their children, when it isn't the case.  While I am fully well aware that some families cannot be repaired, I cannot be so automatically judgmental of other women because I acknowledge that all it takes is one circumstance to separate me from the women I would be so harshly judging.
I graduated high school, went to college, fell in love, got married, graduated and had my first career.  We were both employed and homeowners before we even thought about having children.
Don't pat me on the back and tell me I did things "the right way."  Do not tell me how responsible I was or tell me about how "other women" are not responsible.  My husband had the privilege of a degree that his parents paid for.  I had the privilege of a degree that my parents partly and my husband and I mostly, were able to pay for.  We had the privilege of support from our families.  We had the privilege of happening to have skills and education in fields that were still hiring and needing workers during this time when the economy was not (and still isn't) so grand.
There's nothing that makes me more deserving of those privileges than anyone else.  It is what it is.  I am not better than the next person.  Furthermore,I did not "wait" until I had all of those things in place before having sex.  I was not carefully more "responsible" than anyone else.  I could have very well gotten pregnant when I wasn't planning or prepared for a baby.  The reason I didn't?


I had fertility problems. 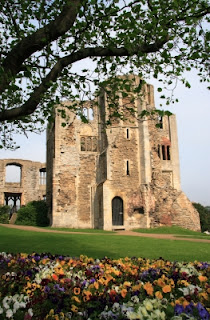 I don't often talk about this issue in this way, as I have in this blog post.  While I have been married for nearly five years now, there is still a great deal of shame for me discussing pre-marital sex and the fact that I had it.  I was taught in my private Christian school that sex outside of marriage was shameful and not only diminished your worth in the eyes of others but also in the eyes of God.  Embracing feminist ideals and working towards the equality of women and speaking out against stereotypes about women has never quite erased this shame for me.
It is a fair to assume it was my fertility problems (unbeknownst to me at the time) that prevented me from getting pregnant during a time I wasn't prepared or planning for a child.  I have been treated for PCOS and when I was actively trying to conceive, it took me 18 months to do so when I finally became pregnant with my first son.  It is very well that my fertility issue was the only thing separating me from how my life has gone so far and going in the direction that other people expect me to judge so harshly.
I was never any "princess," just a real woman who would have likely needed help and support had I gotten pregnant before graduating high school, college, or before being in a steady relationship with someone who was committed to helping support our child.  Not all colleges have a daycare.  Not everyone can afford daycare.  Not everyone has someone that can watch their children for them.  Not everyone can get a job that works around a childcare schedule or school schedule.  These are not a woman's short comings, these are society's.  Yet society is still content to dictate what women in what special set of circumstances are allowed to reproduce and if they reproduce out of the acceptable set of circumstances, promoting and advertising adoption is prioritized above simply helping them meet their needs.
I will never think that viewing and treating women this way is acceptable, not only because I am a daughter who was lost to adoption but because I believe in treating others how I would want to be treated.  Even the "fallen princesses;" I could have been one.
Credit for photo of castle: Tom Curtis
Posted by Amanda Woolston