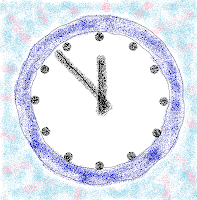 I started searching slightly afraid of what I was going to find.  I'll admit to buying into the stereotypes and wondering about the circumstances of my birth.  Would I find that my first mother wasn't the person that I wanted her to be?  Did she know who my first father was?  Did I have siblings?  I had no idea what to expect.  I was given very little to go off of growing up.  I was given her first name, how old she was when I was born and the name of the city I was born in.  Thanks to Wikipedia, I was able to learn a little bit about the city I was born in which allowed me to make an educated guess as to my ethnicity.

I didn't have a lot of hope for finding what I wanted.  I figured I'd eventually have to petition the courts.  I knew that would be a hard thing to do because I live in a tiered access state.  I wanted to do everything I could without getting to that point.  I had/have an undiagnosed medical condition so I knew which angle I would argue in court.  I had doctors tell me I couldn't be diagnosed without medical history, so I knew which doctors I would go to for statements to argue my file should be opened.  But I wanted to find them without all of that hassle.  I also wanted instant gratification.  What can I say? It comes with my generation.

I ended up paying for a report.  The report contained all the names of woman born in Massachusetts on my first mother's birthday who shared her first name.  I figured there would be maybe five or six and I'd have to work hard to narrow it down.  Instead, it came back with only two names, and one was very clearly not right.  I had found my first mother for $15.

I started to look into other information the report gave including family members.  That's how I discovered my first parents had gotten married.  One of the relatives that was listed shared his first name, and when I put the first and last name combination into the free online birth date database, it came up as the same birthday I had from my non-identifying information.  I was thrilled.  I was scared that I was the product of something bad, but if they got married, then they had to have at least loved each other once right?  I kept digging.

I came across a birth announcement for my youngest sister.  It's amazing what Google will tell you.  That's how I found out about my two younger sisters.  When I got in touch with my first mother for the first time, I wasn't sure what she would tell me about them.

I ended up with a mixed bag.  They didn't know about me and she wasn't ready to tell them.  They were 12 and 15 at the time.  Now they are 14 and 17, but still not ready to hear about me (my first parent's words not mine).  I've had to play the waiting game for a while now, and I'll be playing it for a long time.

Not only am I waiting for my siblings to learn about me, but I'm also waiting for my paternal family to find out I exist.  My first father never told his family that he gave up a daughter for adoption.  I have an entire group of people out there I'm related to who don't know I'm even alive.  I have family that does know I'm alive, but not that I'm back in touch with the family.  I'd love to get to know my maternal grandmother and my maternal uncle, who I have discovered both share the same profession as me.  I stumbled into the family business without realizing it!

It's hard to play the waiting game.  There is so much information out there at our finger tips with the Internet.  I have contact information for nearly ALL of my relatives.  But out of respect for my first parents, and in order to protect my sisters, I'm sitting on that information, waiting until my first parents let me know it's ok.  I don't think that day is going to come soon.  I doubt it will even come at all.

It's been challenging for me to hold off.  But I keep thinking about my sisters.  I do believe it's in their best interest for them to know about me.  But I also believe that their parents need to be the ones to tell them.  And I also believe that hearing this news from a stranger is also not in their best interests.  So I have to wait because I want what's best for them.  And I hope that when they do find out, they forgive me for waiting.
Posted by Jenn