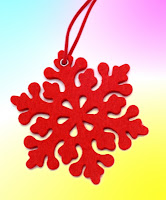 I know that this year’s Christmas is still far away, I have chosen to name this story "A Christmas Wish" even though I had that wish for almost all my life….All I really wish for is that I one day will be able to meet my real parents just one more time before I die.  I don’t really know what made me decide to start a birth family search; it could have been 9/11 which made me really, really sad. I began thinking of my other family on the other side of the world that something could have happened to them that they might have died without me knowing about it. On Swedish TV they also started airing "Saknad" where a person who misses someone dear tries to get in contact with a person they miss or has not heard from for long. Initially there where mostly a child seeking his or hers father or mother. And there also was the occasional adoptee hoping to locate their birthparents.

In August it will be exactly one year since the Big Reunion… I am a Korean adoptee; I was adopted to Sweden when I was three months old. My Korean birth family is really big even Koreans tend to think so. I have six older sisters and one younger brother; I was born as the seventh daughter. That makes us siblings 8. I have always known I was adopted from Korea that I had an intact Korean family with several older sisters (at the time of my birth). I have felt like there was something in my life that I missed, like a big empty hole inside not only my heart but inside my soul.

I was raised in a small suburb in Sweden, and when I was young there weren’t many other adoptees or Koreans around in my neighborhood. When I started school I became aware of my different appearance yet I felt like I tried my best to fit in. And I had a lot of friends at first but I was still teased because of my almond shaped eyes, my black hair and my olive skin. The emptiness I felt became really hard to deal with and when I was 14, I remember one assignment in school where we all had to write what we wished for as Christmas gifts. I remember that I wrote:

One day in school I told my classmates that I was adopted and they all asked if I had applied to be on the Swedish TV –show Saknad (Missing in English). After some time I did apply to the show but I can’t remember if they ever replied back, at some point they did. But I guess I knew too much about my birth family which wouldn’t make an interesting story on TV. When I realized that ship had sailed, I was cheered on by my mum and dad to contact the agency to see if they could help me. The agency agreed to help me which was a big relief for me.
Since I had no clue if my parents still were alive and well all I asked to agency to help me with was to tell me if my Korean birthparents still were alive. And I didn’t hear back from the agency until almost 3 years later. By that time I had already started my second year in High School. Not before than would I finally receive a word back from the agency and my birth family (because the agency couldn’t understand if I wanted to have contact with my birth parents or not). I remember when I got a thick envelope which contained pictures of my Korean family and a bunch of letters. For some time, years even we wrote each other letters and they even sent me gifts occasionally.

The same year my birth father would turn 60 my dad suddenly wondered if it wasn’t suitable to tell my Korean family I would like to meet them (that I would come to Korea). They were all excited and extremely happy that I would be traveling to Korea the following summer. The first reunion in Korea was nice and happy but of course it was difficult to with the language barrier and cultural differences.  Because of the language barrier I had already started taking Korean language courses at University level in Sweden. Before that second trip I began thinking about moving to Korea, applying for a joint Korean citizenship. I even went as far as to start to think about moving to Korea permanently.  Therefore I decided that I would return for a second time to Korea, staying longer than the first time.

This second trip back made me realize a lot of things about my birth family and ultimately about myself and the ones who really care for me. I was like tourist by day and almost a family member by evening. Which meant I certainly should not spread my money all around me, show it off and not spend all my money on shopping (when I should I have offered to take my siblings out to dinner). I never did treat my family to dinner because I knew that would be too expensive for me. My siblings are seven and even if I only was expected to treat five of them to dinner it would also include my
sister’s husbands and each of their children. I could not even have repaid the favour of a nice dinner out once, because if I had there would be no money left for me to spend on souvenirs, exciting trips or even meals for myself.

When I returned to Sweden, the reaction to my second experience with my birth family had already started. I no longer received Korean emails, not even translated letters. I was still trying desperately to hold on to the feeling that I had had for over 10 years’ time. I continued to send birthday cards and smaller gifts as my way of showing them how much they meant to me. But I never got to know if they had received the items, I didn’t even get a thank you anymore. I was forced to contact the agency and ask them to forward my worry or questions about where to send the gifts and if it had arrived.

I didn’t realize the truth until I had written to one of my sisters, the one who married a wealthy European. She basically scolded me for having bragged about my money buy not being discreet , instead spent them on unnecessary things when I should have spent them on treating my family to dinner out. And my sister even told me that they didn’t appreciate the gifts I brought with me from Sweden (they were handmade) instead she told me that they would have preferred label goods as gifts.

The thing that really became the tip of the iceberg was when she told me that my Korean parentscwas resentful and reserved towards me because they resented my mum and dad for not havingcoffered them paid tickets to Sweden for at least a week. But they had invited them to Sweden a year earlier just not offered to pay for their tickets. The thing is mum and dad accompanied me to Korea the first time and they realized how much it meant to me, but spending that much money was money that they had to save to. Also, I spent the first few days with my Korean parents at their place.  All I was allowed to do was to sleep and watch TV; I wasn’t allowed to walk outside the front door. The thought of having to pay for my Korean parents’ trip to Sweden was no longer something I felt comfortable with.

Now I realize that our different upbringings in different cultures means we probably never will be able to understand each other. And they will most likely never feel like my real siblings. Now I feel like they no longer loves me, because they honestly only seems to have put up with me because of my supposed wealthy parents. I’m a European like my sister’s husband so I must be just as wealthy as him. I didn’t understand the Korean custom of giving gifts they offer gifts buy saying things like I want to give this to you (what they really mean is that I give you this but I expect something nicer in return). I feel like I have been holding on to an illusion for far too long… now I am in the middle of yet another identity crisis. I am starting to understand who I am but I realize this means I have to figure out what I want to do with my life. As for now I have no interest in writing to my Korean family,
maybe a time will come when I will feel comfortable with telling them the truth.

At times I’m so sick of not only having been adopted but also the fact that I’m Korean. I want to forget and ignore all things that are Korean. I promise you this that if I ever return to Korea again there’s almost no chance I will let my Korean family know when I’m back. Suddenly the thought of cutting them out of my life seems much more healthier than to try to hold on to an unhealthy relationship were there’s only one voice.

I guess I would be sad if I got to know they died, but it wouldn’t really urge me to rekindle the relationship because I realize that since I can’t contribute with anything useful like money they no longer have any interest in me. It hurts to say that, no matter how hard I try I will not be able to put on another costume that would make more Korean not even a fully recognized family member in my birth family. Or maybe that’s just what I’ve become but I refuse to accept the terms of our relationship. I’m only related to them by blood which legally means there should be no expectations or economic responsibilities’ what so ever. Until my Korean family realizes that I see little point in trying to make them understand that let alone continue to keep writing them and definitely not sending any more gifts. At least I got to see my Christmas wish from 10 years ago being fulfilled.

Jaesun is a Korean adoptee who was adopted to Sweden at 3 months old. The reason she was surrendered to adoption was because she was born the wrong gender and was the 7th daughter in the family at the time. She has been in active reunion since the end of last year and has visited Korea twice. She has meet her Korean birth family, all of her siblings and their husbands and children. She has been questioning the truthfulness of what she has been told so far about her adoption. Jaesun blogs in Swedish and English at http://jaesunsaysthis.wordpress.com/ .