Open the Door and See all the People 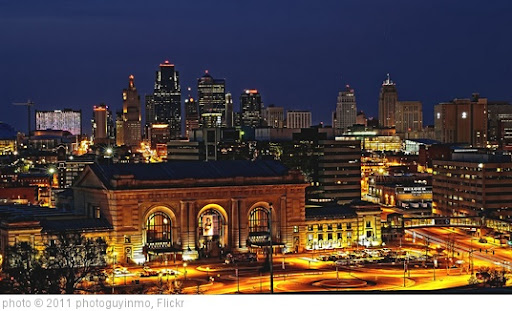 The train’s slower, more ragged pace woke me.  Outside my murky window, an illuminated monument pointed toward the night sky. “Washington,” I thought, “a twenty-minute layover.” I stashed my bags under the seat and ran from the underground platform up to find a payphone. I had to reach my brother, to tell him that an early spring snowstorm in Boston had delayed my train to Savannah, that I would be arriving late to meet him and the rest of my family for the very first time.

Lateness frightened me; I was already too late to meet my mother, who had been dead for a year, who had given me up thirty-three years before, when I was an infant and she was fifteen.

No one answered my brother’s phone. I ran back down to the platform, but my train had vanished as if my plans to finally meet my family had been smoke.  Back up in the station, I discovered this stop was Baltimore (home of another illuminated monument), and my train had paused only to discharge old passengers and take on new ones before chugging off.  “I’ll bet you see people thinking this is D.C all the time,” I said to the Baltimore stationmaster, a compact, wiry man who was welded into his uniform. He didn’t stop looking through schedules for a way to reunite me with my train and my belongings, and he didn’t look at me, but he said “Lady, I have never seen this happen before.”

He helped me, though. Thanks to the deadpan stationmaster, I caught up with my train in D.C., breathless at my near miss.  “You’ll never believe what just happened,” I said, spilling my story to my seatmate, a businessman with a briefcase on his knees.  He yawned. Another person bored by my drama.

The train pushed south through the night into a late March dawn, and the vegetation alongside the tracks grew increasingly green, increasingly intertwined.  I scanned the trackside of each town for southern place names all the way to Charleston, South Carolina, and my breath sputtered as we crossed the Savannah River into the place I am from.  A Southern girl, raised in the North, with a lifelong hankering for soft evening air.

A group of small people stood huddled close together on the platform where the trains’ first car stopped. My sister – I knew it was her from the photos she had sent – stood with a cigarette spiking up from one petite hand, her shoulders seemingly weighed down by the fringe on her suede jacket.

For about a month before I arrived in Savannah, I had been writing letters and talking on the telephone with my five brothers and my sister, my two aunts, my uncle. I was ready to love them, but I was not ready for the sensation of my sister’s small hand in my small hand, for seeing my own eyes staring out from my brothers’ faces. I was not ready for their exclamations – just like Momma’s – over my hair, my eyes, my hands, my feet.

When I found them, I found the difference between being loved by people who bring you into their lives and being loved by people into whose lives you have been born. In some ways, it’s as simple as the difference between thinking about what you have in common with others and experiencing, through your five senses, what you have in common. For my family, even when time and distance separates us, even when we betray or disappoint one another, we come back to the flesh and blood we have in common, to our way of thinking in metaphor, to our startling laughter and our easy tears.

-------------------------------------------
Michele was born in Jacksonville, Florida in 1957 and privately adopted soon after. When she was twenty-one years old, a favorite cousin told her she was adopted. The day she learned this truth was one of the happiest days of her life.  In 1992, she hired a search professional and was reunited with her original family. Michele has been a high school dropout, a trial attorney, a teacher, and a hepatitis C survivor.  Her poetry and prose appear recently in The Journal, Dogwood, Platte Valley Review, PerContra, The Tower Journal and MezzoCammin: an online journal of formalist poetry by women.  She blogs at Michele Leavitt: Poetry and Prose and Unity House.

Posted by The Lost Daughters