Letting Go Or Holding On

I do believe in giving people second chances most of the time but not always and in this case I’m prepared to make an exemption and give my birth family another chance. The truth is I am not ready for just saying goodbye, not when I still want to have them in my life. Our relationship and contact seemed to have changed dramatically ever since my second trip to Korea. They no longer sent me short Korean emails, stopped to answer my emails and told me that they would write me later but they never did. Now I know why, someone  might have given me a likely explanation as to why our communication suddenly just stopped. 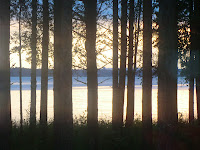 I continued sending Birthday cards and gifts as a token of appreciation or so I thought. I probably should have realized something was wrong or had made them loose interest in me when I recently was met with just empty promises that seemed to mean nothing and that never were fulfilled.  I think I choose to ignore all of that even though I probably sensed something was wrong. But I think I was too naïve and blind sighted to really see what had happened, because I still loved them and therefore I think I choose to ignore those small hints of bad gut feelings that I had. I ignored them because I didn’t want to acknowledge them or the fact that something had changed between us. If I never did admit it then maybe everything would all be resolved. I know I was in denial but it was a letter from an extended family member that suddenly forced me to realize the truth.

I know that I recently said that I would like to stop all contact with birth family because of their demands for money and expensive label gods. Who could honestly blame me for that, I think anyone would have reacted the same way as I did. But the thing is that I have invested 10 years’ time of my life in this process with my birth family. So I feel like it would be too easy to just call it quits so I have decided that they deserve a second chance. So I have written another letter, I need to get it translated of course because my Korean knowledge is not that good yet. I could of course contact the social worker at the agency and ask them to do the translation. But I fear that they will probably censor my letter and then the meaning and feelings would be lost in translation.

This could either go in two ways; they could decide to not answer my letter at all, continuing to shun me out from having contact and ultimately keeping me from having contact with them.  Or they could actually be glad to hear from me again and maybe they will realize and appreciate that I for once told them of my feelings. Maybe it is time to put in yet another gear in this reunion process, one that could call for honesty without the silent messages. Despite how things will progress from this point I do believe it time for me to start another chapter in my life with or without my birth family.

Maybe my adoption has created an invisible yet indestructible wall between me and my birth family. The Confucian pirinciples so central in every Koreans mind and thought is unfortunately something I will never fully understand. I ask myself if it is possible to build a bridge of understanding, acceptance and love or if any effort of that sort would be too little to late... I have a hunge that it might be the latter but I might still get my happy ending, eventually... But it will probably have to be something I have to go out and look for myself...