The importance of Doe v. Sundquist 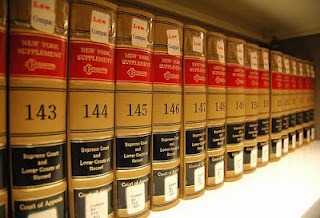 When researching adoption law, I was reading about one of the most important cases to adoptees in the fight to have our own birth records. There are others; however, I believe the Judges in this case really “got it” so I’ve dedicated this blog to the case of Doe v. Sundquist.

From 1951 to 1996, sealed adoption records were available in Tennessee only upon court order that disclosure was “in the best interest of the child or of the public.”  Tenn.Code Ann. § 36–1–131 (repealed).

(A) All adoption records shall be made available to the following eligible persons:

(ii) The legal representative of [such] a person․

Several days before this law was to go into effect, Plaintiffs (birth parent, adoptive parents and adoption agency) filed a lawsuit and requested an injunction (to stop the law from taking effect).  The Plaintiffs stated they had a right to privacy and that the new Tennessee law violated that right. The Court disagreed and stated:

“A birth is simultaneously an intimate occasion and a public event — the government has long kept records of when, where, and by whom babies are born. Such records have myriad purposes, such as furthering the interest of children in knowing the circumstances of their birth.”
–6th Circuit Court

The expectation of privacy after you give birth (in a public hospital), around many witnesses (doctors, nurses, family, social workers) sign a legal document (a birth certificate) attesting that you are the mother of this newborn, does not entitle somebody to a form of privacy (any different than any other citizen’s right) . Signing surrender papers after birth does not change the facts of the birth. A finalization of an adoption (6 months to potentially years in the future) does not change the reality of that original birth event or the paperwork legally documenting that event.

The Court goes on to say:

“There simply has never been an absolute guarantee or even a reasonable expectation by the birth parent or any other party that adoption records were permanently sealed.   In fact, reviewing the history of adoption statutes in this state reveals just the opposite”
-6th Circuit Court

The Court has always had the discretion to open records whether in a sealed or open birth certificate state.   The very act of voluntarily entering into an adoption itself provides privacy and confidentiality from the general public as part of adoption law.  The public cannot access adoption files through on-line Court websites or request those files at the Clerk’s Office as is the case with most other files that are public record. However, the law does not provide any special right to privacy for birth parents from their biological child.

As this case has shown, the best interest of the child (now adult) is to have accurate information on his or her own certificate of birth and the information contained within his own adoption file.

And the 6th Circuit Court agrees.

“In sum, we believe that these new methods and standards for disclosure are procedural in nature and reflect the legislature's effort to create legislation that advances the best interest of adopted persons and the public.”

For more specifics on the Plaintiffs and the application of law, go here:
http://www.americanadoptioncongress.org/pdf/Doe_vSundquistDecisionUS_CA6thCir.pdf
Posted by Lynn