Today's writing prompt is about feminism. Let me start, first of all, by saying that I do identify as a feminist. This is something that I share with both my first mother and biological brother. The only time I ever heard the word "feminist" in my adoptive home was when my father jokingly accused my mother of being a "radical feminist" because she belongs to the American Association of University Women. My adoptive mother is not a radical anything, and I will probably never see her wearing a "This Is What a Feminist Looks Like" t-shirt, but I do believe she is a feminist in her own way.

I am a woman, an adoptee, and a mother (by way of both biology and adoption). These are the lenses through which I look at the world. Last March, on International Women's Day, I spent some time thinking about ways that adoption issues and women's issue are intertwined. The following are two areas of concern that I believe deserve our continued attention:

(1) Violence Against Women is Rife Worldwide* People don't often think of violence against women as an adoption issue, but it is. My own daughter, whom I adopted via the foster care system, originally came into state care as a result of a domestic violence incident in which her mother was the victim. Trauma as a result of abuse and domestic violence was also a significant factor in the addiction that prevented my daughter's first mother from parenting effectively. I have also heard of women, in different circumstances, who have made the decision to place a child for adoption because they did not trust that they would be able to keep the child safe from violent family members. Violence is certainly something that can be a contributing factor in the separation of a child from his or her biological mother. 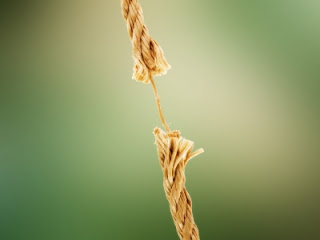 (2) Women Are More Likely to Suffer from Poverty and Lack of Education* Lack of monetary resources and education (the later of which can result in greater access to monetary resources) is another significant factor leading to separation of children and biological families by way of adoption. Adoption moves one person (the adoptee) into a situation in which some of his or her basic needs can be better met but does not examine the larger social and political issues at work. It is a tragedy, and a societal failure, when biological parents cannot raise their children because of lack of resources, but the seeming 'fix' of adoption prevents us from seeing it as such.

Adoption creates a family, but it is important to keep in mind that it also tears another family apart. It has serious implications, including trauma experienced by the child and the biological mother. Those of us who believe that in a perfect world adoption would be a rare occurrence must continue to examine all of the various social and political factors that contribute to adoption, many of which are tied to improving the general lot of women worldwide.

*The two boldface statements above came from the article Top 5 Reasons You Should Care About International Women’s Day, by Nada Zohdy.