To Mother or Not? 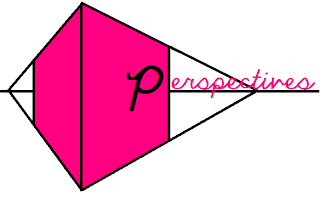 Are you a mother?  If so, how does being a "mother" differentiate from being a "daughter"?  Have you explained to your children about your adoption?  Explain.  If you are not a mother, do you want to be one someday?  Does your answer have anything to do with your adoption?

As of right now, I am not a mother.  I am planning a wedding and my fiance and I have discussed children, but we are just at that stage right now.  Both of us want children someday and hopefully it will happen for us.  If it does not, we are planning on being the really fun aunt and uncle.  And we will probably have lots of pets.

For me, adoption has very much played into my choices surrounding any future motherhood, or the decision not to be a mother if things do not work out naturally.  I grew up with an amazing mom.  Really, my mom was amazing.  Watch a movie with a near perfect mother and that was mine.  She was destined to be a mom that is how good she was.  Seriously.  I am very glad that she was able to be a mother.  That is one of the reasons I have a hard time saying that adoption is always a bad thing.  I do believe that some people are meant to be parents, and I am so glad that my mother was able to even though she suffered from infertility.  In my mind, I am able to rationalize that my adoptive parents had NOTHING to do with my relinquishment.  My natural parents walked away from me before my adoptive parents came into the picture.  They did not wish to parent.  I would have been adopted no matter what.  Coercion was not an issue in my adoption and I know this from my natural parents, who have been clear that they did not wish to parent.

That being said, being adopted was not easy for me.  It was something that has lead to lifelong issues.  I will always have to work through things.  I will always wish that I had not been adopted.  That is not to say I do not want to be with my adoptive parents.  I just wish I had been born to them.

I have a major fear of infertility because of my adoption.  I grew up hearing stories about how my adoptive parents tried for ten years to have a child.  They never put that on me, but I have seen firsthand that sometimes it just does not work out for people.  My mother is one of eight siblings.  She is the only one who did not biologically reproduce.  I have lots of examples of how things do work out.  However, my adoptive parents are my strongest example.  I do not think it won't happen to me because I have seen it happen to the person who made a fantastic mother.  I have seen how the universe worked for her and it makes me nervous for myself.  I do not think that most twenty-five-year-old women think this way, but I do because of the examples I have in my life.  If not for my adoptive mother's infertility, I would not have been adopted.  I have seen the far reaching and major effects.  Thanks adoption!

With everything that I have been through, I cannot in good conscience adopt.  When I was younger I always assumed I would adopt someday.  I understand why adoptees do it.  I just know that after reunion and seeing honestly and truly what I missed growing up in a house where I am not biologically related to anyone, that being raised by biological parents is the first choice and should always be the first choice.  Some people do not want to parent or do not have the ability to do so.  And I get that.  But all efforts should be made to try to keep families intact and adoption should be the last resort.

My adoptive mother gave me a great example of motherhood.  Because of her, I want to be a mother someday and I really hope it happens for us.  My fiance would make a wonderful father (though he would have to learn to change a diaper).  I am very lucky that when I approached him a few months ago with my concerns about being parents someday, he agreed with me one hundred percent.  He has been traveling this road of reunion with me from the start and he has seen what I have gone through.  He agreed that he probably could not be the type of parent that I needed through this whole process.  So together we agreed that if we cannot parent our own biological children, we will figure out another path in life.  It could be fun!  We will just have to wait and see!