My daughter had never heard the words, “adopted" and "adoption" until recently.
Granted, we live in Serbia located in Southern Europe, not Siberia, and these days, I’m the only person with whom she speaks English. Yes, I avoid ending sentences with prepositions--she has to learn proper grammar from someone! It’s not that I was hiding the word, "adopted," it’s just it never came up. 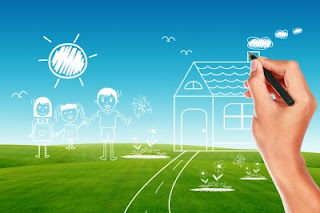 While she was working hard on one of her many drawings, I set out to remedy the situation ... And that's when I realized I could actually rewrite my adoption narrative, and explain it on my terms.

"My mommy has two moms"

I never hid anything from her; my daughter has always known that I have two moms, whom we refer to as Mema (“the grandma who has a dog and she is tall, like you, Mommy”) and Nana (“my little grandma”). I'm 5'10", can you guess which grandma is original and which is adoptive?


D, who just turned five years old, has always accepted that I have two mommies, as we have friends, two women, who are married with three biological children. No big deal, they have two mommies, D's mom has two mommies. ... Just not in the same way.

My two moms are not married to each other

“Adoption,” while utterly familiar to me, was not a concept my daughter knew. I’m quite sure she’s never heard the word “lesbian,” either, but that's a whole other conversation.
Now, I had a golden opportunity to reclaim my adoption narrative. I decided I would define what happened to me using the language I choose. My only limit was using terms and concepts that a five-year-old can understand.

Here’s how the conversation went.


Laura -- D, you know that I have two mommies, and you know whose uterus I was in, right?


Laura -- Did you know that Mema wasn’t around when I was a child?


Laura -- Mema was very young, she was a teenager when she got pregnant. She was not allowed to keep me. That’s how Nana got to become my mommy, too. But did you know that my brother, Frankie*, did not grow in Nana’s uterus either?”


Laura -- It’s because of something called adoption. Your Nana and Grandpa adopted me, and later they adopted Frankie. That made him my brother.


D -- Whose belly did Frankie grow in?


Laura -- He grew in another woman’s belly.


Laura -- Frankie says that only Nana is his momma, and he doesn’t want to know who she is.

And with that, D returned to her drawing. I guess enough mind-blowing for one afternoon.

Before I rewrote my adoption narrative in a way a five-year-old can understand, I first had to reclaim it for myself. I did that by writing a memoir. Adopted Reality is not “only” about my adoption reunion, but since reuniting with my first mom changed my life and set me on an irrecoverable course, my adoptedness and unrecognized post-adoption issues are significant aspects of the story.
I had to write the adult version in order to re-appropriate the story for retelling to my daughter. And, man did I feel good about it!


*names have been changed
This post kicks off the Launch Week of the revised 2nd edition of Adopted Reality. Two people who comment below will be chosen at random to receive a free ebook copy of the memoir.
Posted by LauraD