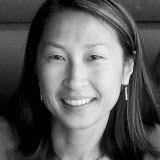 The bell at my son’s middle school will ring this coming week. He’s tentative, and I’m bracing myself. Last fall, one of our mother-son breakfasts began like this.

“Mom, someone at school told me no one would date me because I’m mixed race.”

My heart sank, but I hid my hurt.

I said, “Did you tell him, ‘That’s okay, because I won’t date racist people’?”

“No!  I never thought of that,” he replied excitedly. “That’s good.”

I explained I had many years of experience thinking of comebacks. Yet, this wasn’t the first time my son had experienced prejudice. At eight, he had his first bout with it as I described in this post. At the time, he didn’t seemed phased, but he admitted then that he had held onto that memory as well.

As we talked further, he felt better. He realized that he was not alone, that his mother had grown up with the same, and that as author Eric Hoffer once said, “Rudeness is the weak man’s imitation of strength.”

I’ve spoken about some personal incidents of racism in my blog, but recently, I’ve been able to pinpoint some things for myself.

From the 1970s to the 1990s, my life was about assimilation. I wanted to be white. I wanted to blend into the Appalachian human fabric and disappear. During those years in the South, those around me often reminded me that I was different, strange, or simply “not normal.”

My mother tried to console me when these things happened, but after time, I realized that she truly did not know how I felt. My father, on the other hand, did to some degree.  As a Puerto Rican whose English was heavily accented, he had endured his share of racism. We spoke some but rarely about it.

I have spent my life longing to “fit in” racially. In Virginia, I found my two closest friends, Katherine and Adrienne, strong Asian women. I have blogged about how they taught me a great deal about Asian culture, another crucial step in my development.

Together, we work to help our children assimilate in a country that values whiteness while devaluing and mocking people of color. When I married, I believed that our children would fare better than myself with a father who was white, but as my son becomes more self aware, what I am realizing is my own naiveté.

I thought I could learn from my life and spare him and his sister the ridicule. My husband and I bought our house based on the public schools that had more racial diversity. We avoided the rural South. We talk openly about race as a family. Despite all these efforts, I know that my children will face not only the racial ridicule but also a life of racial ambivalence.

This torments me, but it also fuels my ambition to see change. Children of transracial adoptees inherit their parents’ racial ambivalence. They are the second generation, and they need to be recognized as much, if not more, as the adoptees.
Posted by mothermade