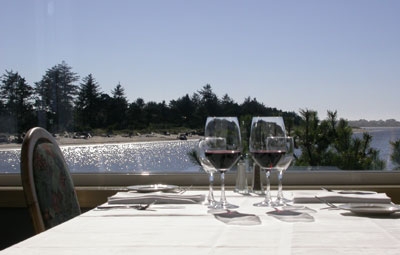 When visiting the Oregon Coast for a long weekend with my husband, my two young sons, and my adoptive mom, I avoided calling my birth-uncle on my birthmom's side, Steve, who lives in the same town we were visiting. Although I had planned to visit, had told them I was going to be in town, I avoided getting things set. Part of that is just me - my personality is to not nail anything down and, instead, play it by ear. Besides I'm awful about being in touch (to birthdad John -  if I still haven't talked to you by the time I post this, I'm really sorry, but know I've been thinking about you and have even put a trip out to you and Lark camp on the calendar for next year - really sorry). But another part of it is that even after all these years, it's still just weird to combine the worlds of my birthfamily and my adoptive family. This frustrates me, I should be used to it - this isn't a new thing. Yet, as accepting as everyone is, it's still uncomfortable for me. This trip helped me see why that is.

On the third day of the trip, we made it over to my uncle's. We had gone back to school shopping at the outlets and stopped by his house on our way back to the condo. He and his wife live on beautiful property just inland from the ocean, cradled by soft green mountains. Our van rumbled up the gravel road to announce our arrival and we were greeted by the neighbor's gigantic bull mastiff. The boys clamored out of the van to greet the dog while Steve and Peg came out of the house to meet us (the rumble of the gravel acting as their doorbell). Peggy greeted my mom, and said, "We didn't realize you were coming too - it's great to see you!" I hadn't realized I hadn't mentioned that my mom would be with us and I'm not sure if it was a sub-conscious purposeful omission or if I'd just didn't think to mention it. Again, probably a little of both.

Catching up with my birth-uncle and his wife, I realized how much I've missed them. My uncle Steve is a character - a tall, gruff, teddy bear with a self-assured swagger. I'd hadn't taken my parents to Steve's house until after he married. Before he married, his house was a sight to behold, the clutter and mess rolling from one room to the next. Somehow the dirty house seemed in line with the the land. It felt more like camping inside than going to someone's house. I've always been a slob, despite my parents' best efforts, so visiting Steve's was comforting to me. I loved it there and imagine I would live much the same way given the freedom to do so (our house is probably still the messiest of any of the families I know). I don't imagine my parents would have appreciated it like I did. They dislike mingling nature in general, though they like to a nice view from afar. So, it was better that we've visited after he got married and the house had been transformed by his wife into more of a cozy home. It was warm and comfortable still - nature tamed.

When the boys got restless and it came time to leave, I'd asked Steve and Peg to join me and my mom for dinner. I had made reservations at the fancy restaurant in town for just me and my mom as a break from the noise and mayhem of the boys who have been at their 5 and 7-year-old peak of craziness for her entire visit this summer. Since my mom and I'd had plenty of alone time during her visit over the past couple months, I didn't think she'd mind having extra adult company. There was no point asking - even if she wasn't happy about it, she would never tell me. She will always say it's fine, she won't tell me what she really feels - a hold-over from her Irish ancestry. So, I just hoped it really was okay with her (full disclosure - my mom doesn't read my blogs, I don't talk about my blogging with her, so I am not being completely direct with her either).

The restaurant was lovely, the sunset over the bay postcard-perfect, and our conversation turned to politics. As Steve and Peg made liberal comments I agreed with, I sipped my wine nervously, knowing my republican mom surely didn't agree. I changed conversation and it wandered over to personality traits. Peggy was talking about a photo that Steve took and wanted to make a copy to give a friend. As much as Steve tried, as much as he intended, he just couldn't get it done. Peggy was the organized one and eventually just mailed the original and gave up waiting for Steve. I laughed that it must be a family trait, something I got from that side of the family, feeling the guilt rush in as the words slipped out of my mouth.

Next, we got to talking about the kids. Peggy asked if who was the disciplinarian in our family, and as I explained that Dane and I had differing parenting styles, my mom chimed in that we would get a big "F" when it came to discipline with the kids. I was stunned into silence. That my reserved mom would pop off with an insult about my parenting in front of people was shocking. It soured the rest of the evening for me.

Later, discussing it with my husband, he reasoned that our parenting probably does drive my mom crazy. We let the kids explore and make mistakes and get messy. My parents were guarded, protective, neat, traditional. Talking through it, I felt better about it. It made sense, and, after all, she was just expressing her real feelings, which was something I'd wanted, but I was still surprised she did it. I wonder if the situation drove her to it. Maybe being uncomfortable herself. I imagine it's not easy for her.

Conditioned by society to pretend that adoption is more important than genetic ties, adoptees become great mimics. Society figured that as unformed infants, we should adapt to our adoptive parents, taking on their traits as our own, just as if we were their natural-born children. But, eventually, we realize what it is - an act. As much as I love my parents, my adoptive family, I know how different I am from them. I'm sure they know that too. And there's nothing like putting everyone together at the dinner table to make it all glaringly obvious that what society planned just didn't turn out. I know my nurture, but I can't deny my nature. 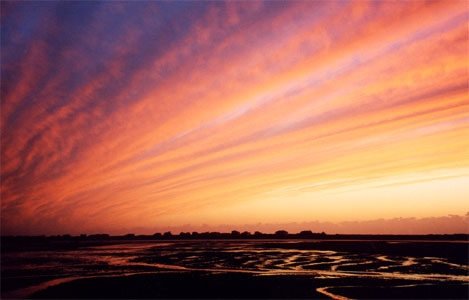