My race is not a costume 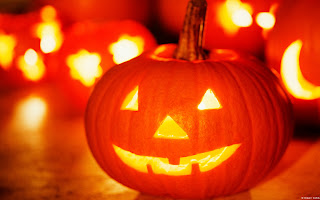 With Halloween just around the corner, as your friendly neighborhood Asian, I'd like to say something--my race is not a costume.

Just because it's Halloween does not mean it's okay to run around in blackface or yellowface or to dress up as an "Indian" or whatever other ways you want to fetishize, objectify, and denigrate the reality and viability of someone's racial identity and culture.

Sure, you can accuse me of being hypersensitive or being a tightwad, but seeing young white girls & women "dressed up" as "me" for Halloween alongside zombies and monsters is objectifying and demeaning, and it just makes me feel plain weird. I'm not some make-believe doll here for your entertainment.

And the histories of People of Color are not make-believe stories to trivialize.

I can't tell you how many times I've been out, and I see a young white girl "dressed up" as some nondescript "Asian woman"--her hair in some kind of up-do with chopsticks (because chopsticks make everyone look Asian), wearing some random robe that she thinks "looks Asian" because it's shiny and has an "Asian-looking" print, with too much black eyeliner drawn around her eyes in an upward slant all the way to her temples, and red lipstick caked on her lips in a heart-shape.

Furthermore, if you think that dressing up as an Asian woman for Halloween is somehow "sexier" than dressing up as a flower? I repeat, my race is not here for your objectification or exploitation so you can get a few cheap looks.

And just because you claim to have that one "Black friend" who you say approves of your "costume" does not make it cool for you to exploit someone else's race for your own personal jollies, i.e., don blackface at the Halloween party.

So, this Halloween when you're rushing through the costume aisle last minute, and you feel tempted to buy that "Asian female" costume for you or your little girl [or whatever racist getup you think is funny but really isn't], please resist. Just because your neighbor or college friend is doing it doesn't mean you should too. Or if you already bought the costume, return it, or better yet burn it, and get creative. There are a lot of things you can do with a cardboard box and a pair of scissors--and if you are out of ideas just go as a box for crying out loud. Anything but someone else's race.

And for the sake of all that's true, if you're an adoptive parent, PLEASE, do not let your Asian adopted daughter dress up as herself for Halloween. In your mind it may seem a cute and special way to allow your daughter to express and embrace her ethnic heritage, but believe me, it does quite the opposite. It trivializes and novelizes her race and heritage. It communicates to her that her race and heritage are only appropriate as a costume rather than a very real, daily part of her identity. Rather than teaching her to be proud of her race and heritage as a part of who she is, you're teaching her to objectify herself and that her racial identity is only acceptable when the freaks and werewolves come out.

And for full disclosure, when I was in elementary school, probably 1st or 2nd grade, we have photos immortalizing the fact that I dressed up as a "Korean girl in hanbok" for Halloween with black eyeliner drawn around my eyes in a slant (as though I needed any more "help" with that harmful stereotype). Obviously, I was a child and had no idea that I was caught in a white fog from which I would not emerge until, well, right about now.

I say this not to condone it or make excuses for myself or anyone else, but to say that ignorance is not bliss (and in fact can lead to humiliation) nor is it an exemption from culpability. And if you're reading this, well, hate to break it to you, but now you're not ignorant anymore and you have a choice to make.

I hope you choose wisely as well as with love and respect for your fellow humans whose race is not here for your Halloween entertainment.

But otherwise, Happy Halloween--may we enjoy all the candy gorging and cute kids in bumblebee and elephant costumes (save the honeybees and elephants)!

(And if this doesn't seem super well-thought out or feels thrown together and rushed, that's because it was...I had to type it up in like 30 minutes while my toddler and infant were snoozing--good gracious, a miracle that they were even sleeping at the same time for that long!)