Never Judge The Life Of Others 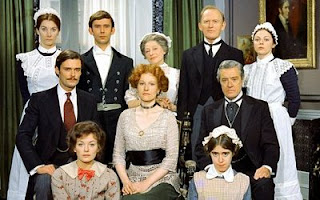 Have I ever mentioned here what profession I currently have? I can't recall if I did, so I will do so now. I work in a predominately female environment in a traditionally female profession. As an Asian person and woman I have unfortunately experienced many prejudices. Because of the colour of my skin, people view me differently than they do my Swedish coworkers.  I am seen as an immigrant.

During the past 20 years, Sweden has been asked to accept refugees from foreign countries.  For the first few years, the refugees and immigrants mainly arrived from within Europe. But in the last 10 years or so, the refugees have come from outside Europe; mainly Africa and Asia. I assume this created confusion for my new colleagues before they got to know me better. Unfortunately, some people seem to be so stuck in their ways, maybe because of fear of the unknown, that they let their prejudices tell them how to act around me and how to treat me.  I kid you not when I tell you that I have received special treatment--and yes--racism as well.

The first time my boss met me, I mentioned that I had studied.  She assumed I had learned Swedish as an adult during my time studying at university. I later told her that I was adopted, but it still took some time before every one of my colleagues understood my background.  To this day, I am not convinced everyone understands.

Yes, if we're going to be politically correct, yes, I am an immigrant. But since I was adopted, I wasn't raised in the culture that I was born in.  I know very little of my birth country's culture and I'm not fluent in what would have been my mother tongue. Instead I know of Swedish things, which shouldn't come as a surprise because I was raised here by Swedes. 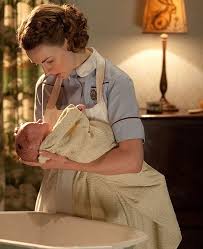 As a woman, I know that I might have to fight even harder in order to get where I want to be. A woman simply can't have a successful carrier and a husband and family. Society still requires woman to choose between a successful carrier and raising a family. We must remember that women did not enter the workforce until WW2, yet some men still seem to cling onto their old fashioned ideals that a woman's place is in the home behind the stove caring for the home and children--hiding behind her husband.

I can partially accept this notion about women as most women are forced to face it.  However, I refuse to acknowledge or accept the sometimes negative special treatment from colleagues and superiors based on my appearance and the colour of my skin. Just because I belong to an ethnic minority doesn't mean I lack a decent education--far from it. In the past years, the economy here has made it even harder for unemployed people like myself to find a work.  Most companies would sooner fire than hire us.

Hopefully my age will be my salvation from years of employment at my current employer.  Don't get me wrong, I am grateful to finally have a job. To me, this is a nice start; however, I can't see myself working there for years to come. I refuse to settle and be content with this job when I know I have potential for something greater. I also know myself enough to know that I would miserable if my first real job also ended up being my last.

There are some people, other adoptees, who seem to believe that it might be more difficult for adoptees to get decent jobs at popular employers. Maybe I am naive but I refuse to believe that there would be as much as an ounce of truth in that statement.

The problem with my current job is that there is no future in it, you can't develop within the company or make a career out of it--unless you attend courses that is. So far my employer has been very reluctant to fulfill their obligations that I was promised.  They said that I would be sent for some needed education the fist month.  Here I am now, 4 months later, and haven't heard another word of that promise. Nor have I been given my own pass key or locker.  What I was given instead was more ultimatums and hidden threats. It is reassuring, at least to me, that my colleagues question why I am there with them doing what I do.  If I wasn't desperate for work in order to earn a living to pay my rent and bills, I wouldn't have asked for an opportunity to start working there. They say I am to young to work at that this company.  It's not really a place you willingly would go unless you had no other options.

A few days ago, it happened again.  I was told I could go home and not bother returning the next week. This has happened to me twice now, and never once have I been told why. I suppose it's convenient for them to do this when I only have one month of employment left; the company is supposedly in a recruitment freeze. Luckily for me, my dad used to work with these kind of things so I'm not going to walk away quietly. I don't want to give you the details, it's too personal, and I really don't understand why they're treating me this way myself.

I couldn't believe my ears when my dad told me that it's better to fight for your rights and what's right rather than to hide behind excuses. Also, in this case, I can't accuse them of racism because I'm adopted and I'm seen as an immigrant.

By the time this post is published, the fate of my job will still be undetermined.  I'm used to fighting against authorities. I'm not a stranger to standing up for myself, to prove that I'm right when I have been wronged. That was one lesson my mum and dad taught me very early in life.  Sometimes I'm very glad I have them because they have always, always supported me when it really mattered. They've surprised me sometimes.

When I was unemployed I said that I'd be willing to accept any job, as long as I had a job.

Now I say that I was happier when I was unemployed and poor...
Posted by Elle