I don't know if you can recall my weird decision about my Korean birth family - long story short I decided to put them on hold for a while. Unfortunately the cultural differences and expectations meant that my dear siblings and birth parents got a bit greedy and demanded things that I and my mum and dad couldn't agree to. For a long time I haven't written to them or sent them any pictures , I literately put them on a shelf deep in my mind and closed the door behind.

There was a lot of accidents and health issues occurring last year my Appa got terminal cancer and my oldest Onni got in a severe accident and badly hurt her face - tumbling down a mountain after getting some tree branches in the face she fell face down on the rocks and stones. It could have ended very badly fortunately it didn't she survived yet badly hurt and with a facial scar.

Since all my six Onnis are older than I am the oldest ones have gotten married and either focus on their carriers , businesses or already started a family. My oldest Onni is over 40 years old and she has two children - a daughter and a son. I became an auntie when I was 13 years old even though I didn't' know that because neither of my Onnis knew of my existence by then... 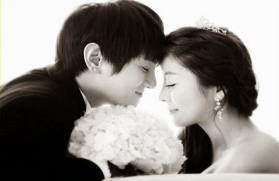 Another Onni got married last year and since she unfortunately can't have any children she is determined to make her clothes store a success along with her husband. I believe she actually met her husband through work although I can't be sure.

Then there's the Onni who I used to be very closed to - I say used to because I'm no longer close to her or any of the family members in my birth family. She got married 5 years ago, if I recall correctly; she has two children born very close after each other. A daughter and a son and her husband works at Samsung so he might be successful or maybe a little above average I can't be sure. The daughter should be about 4 and the son a little over 3.

Then there's my second oldest Onni who used to be very successful and talented at what she did, she got married about 7 years ago to a European man. He is very nice and he has proven to be very supportive of me and my situation once he was told of my existence. He is actually a citizen from a European country where there happens to be a large majority of KADS or Korean adoptees. I can't imagine what he thought when he learned his own wife actually had a younger sibling that was given up for adoption...

The European brother-in-law and my Onni had two children - both daughters. At the time of our reunion they were 3 and 4... The second oldest Onni told me that she didn't want any more children but thing is that although they lived in Europe and raised their daughters there; fact remained they were also of Korean decent yet only half Koreans. Usually Korean couples only have two children, I think they can try to have more shouldn't they be lucky enough to get a son on the first or second try. But if they do they lose the economic relief that they were entitled to when they only had two children. 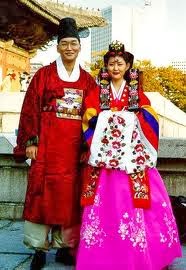 When my second oldest Onni and the European man got married I think they got the traditional wedding ducks and apparently they were predicted to have four children - two daughters and two sons. I'm not sure if they got this prediction because my Onni missed catching the wedding duck in her apron or if it was because the husband was smiling. If the husband smiles during the ceremony it is believed the first child will be a daughter. Yet this last traditions seems the most plausible and likely - the groom's parents are supposed to throw nuts and plums for the bride to catch in her apron. So I think my second Onni only managed to catch two of each  - meaning she'll have two daughters and two sons.

Living in Europe meant that they weren't expected to have any more children only to have son. Yet with my Appa being close to dying I think my Onni reconsidered or maybe Appa asked her and her husband to have one more child - because it was supposed to be a son. Guess what I recently learned that my second Onni is pregnant again ! I wish I could send her a message or just congratulate her on her new baby, but the thing is I am back in the same situation as I was prior to my first reunion. Meaning that nobody is supposed to mention me, ask about me or talk about me.

Even though my Korean birth family is expanding and growing I'm not supposed to know it and definitely not rejoice in it. You see my European brother-in-law made a rather bold decision when he promised to stay in touch with me. And he has done so because I wasn't supposed to know of Appa's terminal cancer or my oldest Onni's accident. Here we are now he told me of their new baby, my second Onni is pregnant with the predicted son... 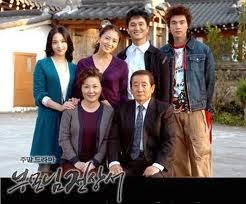 Honestly speaking there has been many times where I have contemplated trying to get back on speaking terms, yet I wonder how I should do this. The thing is I was the one who requested the timeout in the first place so it seems almost impossible for me to get back on speaking terms. I know I hurt everyone a lot by my actions from two years ago. I miss them all tremendously I know a part of me want to have them back in my life but I wonder what I'll have to do in order to achieve that.

I seem so lost these days .. I'm proud to be adopted and a Korean adoptee at that, but it's difficult to be an Asian woman in a European country these day with the Yellow Fever spreading itself among acquaintances, coworkers and friends.

I know I am strong enough to make it on my own without them - to go on living like I have done. But it is it really what's best... Is it really what I want , what does my heart desire..?